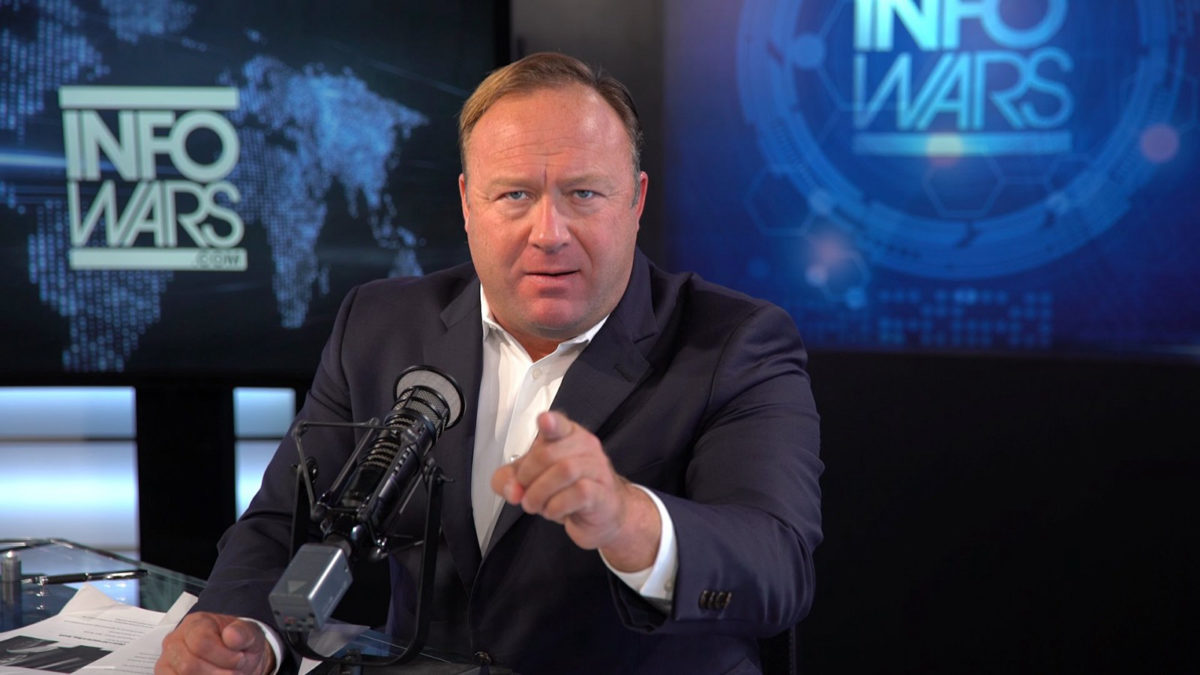 In the current politically toxic culture where “fake news” allegations and “enemies of the people” campaign rally cries by the POTUS against the media (except Fox News) continue to divide the country, bigotry and hate are now rationalized by many as differences of opinion between “good people on both sides.”

While the First Amendment prohibits Congress from making any law abridging the freedom of speech, or the freedom of the press, the Internet and over-the-top video has given those wishing to upend the country’s moral compass an unending bully pulpit.

Jones, who started website Infowars in 1999 as a platform to pitch irrational thought, is infamous for tearful rants (literally) decrying the 9/11 terrorist attacks as an inside government operation; and claiming the Sandy Hook school shooting – that killed 26 children and adults in Connecticut – was carried out by left-leaning forces aimed at implementing stricter gun control.

Twitter, which has become President Trump’s unofficial press platform, chose not to ban Jones, saying he had not violated the company’s use guidelines.

“We know that’s hard for many, but the reason is simple: he hasn’t violated our rules,” CEO Jack Dorsey tweeted Aug. 7. “We’ll enforce if he does. And we’ll continue to promote a healthy conversational environment by ensuring tweets aren’t artificially amplified.”

But a quick look at Twitter’s rules against abusive behavior finds this: “We prohibit behavior that crosses the line into abuse, including behavior that harasses, intimidates, or uses fear.”

But Jones did just that in 2016 during the run up to the presidential election when he promoted the fake story that Democrat Party officials operated a child pornography ring from a pizzeria in Washington, D.C.

A North Carolina man was later arrested after firing shots into the pizzeria due to the hoax.

But real-world incidents like this don’t seem to bother Dorsey, who doubled-down on his Aug. 7 tweet, suggesting it is the responsibility of the media and journalists to “validate” Jones’ claims.

“This is what serves the public conversation best,” he tweeted.

Apparently, the “enemies of the people” – not Twitter – should now be responsible for fact-checking hate peddlers, who you know, are still “good people.”