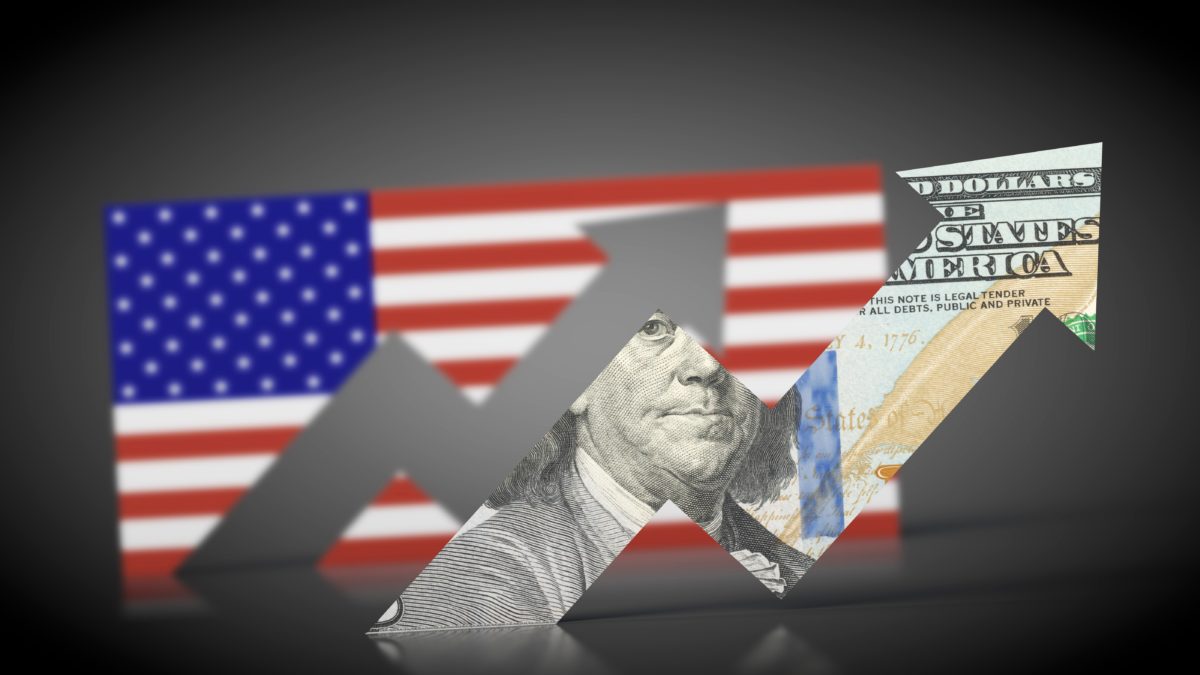 U.S. consumers looking to cut costs amid soaring inflation could ditch cable video services in even larger droves, even as they migrate over to discounted cable wireless offerings, according to new data from Kagan.

Traditional video has been on a rapid decline for several quarters. In the first quarter of 2022, cable operators lost 913,365 traditional video subs, the largest such sequential decline going back to 2006.

Looking ahead, the current high-inflation environment may be causing even more consumers to cut the cord, especially as the number of new streaming options continues growing. The consumer price indexrose 9.1% from June 2021 to June 2022, the largest year-over-year increase since November 1981. Meanwhile, the price customers paid for cable and satellite television service increased 4.9%. 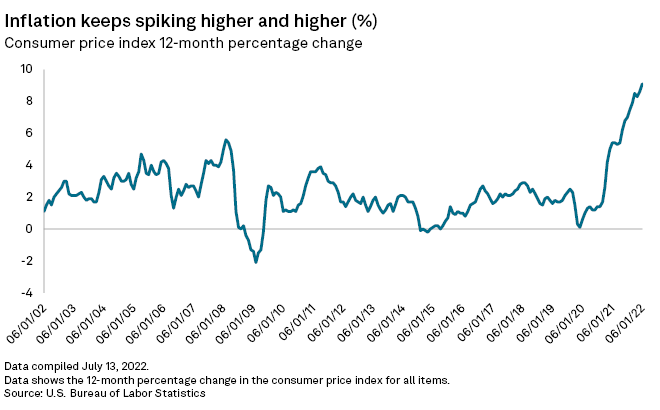 According to survey data, traditional multichannel cord-cutters largely still cite cost as a chief reason for not having a pay-TV subscription. 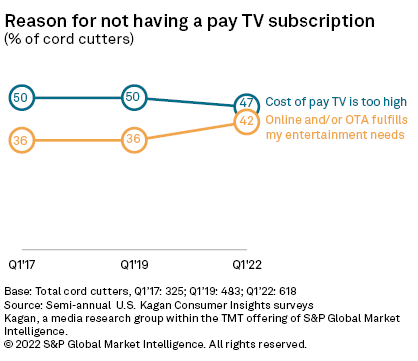 On the wireless side, analysts are more bullish and generally expect subscriber numbers to exceed the first quarter of 2022. Charter’s Spectrum Mobile announced during its first-quarter earnings call that it gained 373,000 mobile lines during the quarter and had 3.9 million lines as of March 31, with the number since then increasing to over 4 million. Comcast’s Xfinity Mobile added 318,000 lines in the first quarter, an all-time record result.

Both Comcast Corp. and Charter Communications have recently unveiled new offerings to win over streaming customers. During the second quarter, the two companies announced they will team up to produce a streaming set-top box.

Charter’s video losses have been less steep, with the company ending March with 15.7 million video subscribers, down from 16.1 million in the prior-year period. 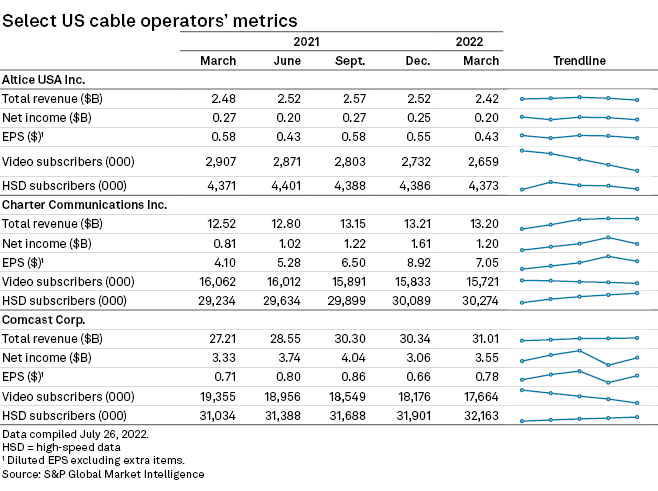 Comcast and Charter both rely on mobile virtual network operator agreements with Verizon Communications Inc. to support their wireless offerings.

High wireless adds earlier in the year were largely due to Comcast’s and Charter’s promotional efforts, which also continued into the second quarter, wrote Wave7 Research, a wireless research company. Xfinity is heavily pitching its “3-for-1 Bundle” via advertising, and Spectrum is pushing its $29.99-per-month unlimited plan.

In a sign of the success of cable wireless offerings, the National Content & Technology Cooperative, or NCTC, which represents more than 700 independent communications service providers, recently said it is close to reaching a mobile virtual network operator deal that would allow its member communications service providers to launch discounted mobile services by the fourth quarter of this year.

Analysts will also have an eye on increasing competition in the broadband space. New Street Research said household moves are slowing down after a boost during the pandemic-induced housing boom, which will reduce churn for all operators and depress broadband net adds for share gainers.

Increased fiber competition is reportedly leading Altice USA to consider a sale of its Suddenlink business . A deal could be valued at as much as $20 billion, Bloomberg News recently reported, citing unnamed sources familiar with the matter. The news comes as Altice has struggled with declining subscribers. In the first quarter of 2022, the company’s pre-tax earnings fell to $951.2 million from $1.05 billion a year earlier. 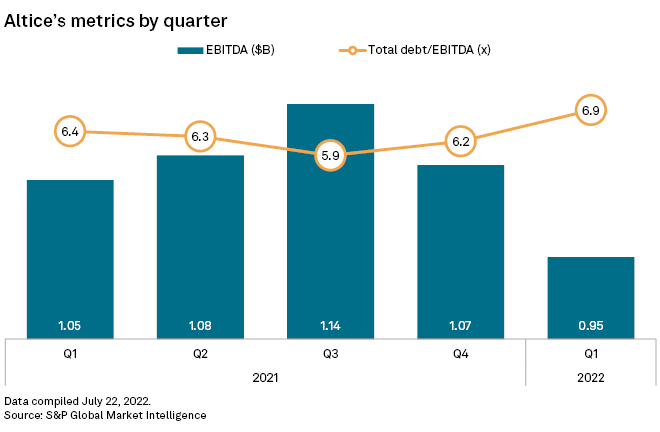 Wall Street powerhouse Goldman Sachs June 10 shifted its “neutral” rating on Netflix shares to “sell,” lowering its price-per-share target on the subscription streaming pioneer to $186 from $265.

Sachs analyst Eric Sheridan, writing in a note, cited ongoing inflationary concerns and rising competition from Disney+, HBO Max and Paramount+, among others, for putting the brakes on Netflix’s stock.

“We [also] have concerns … on demand trends (both in the form of gross adds and churn), margin expansion, and levels of content spend and view Netflix as a show-me story with a light catalyst path in the next six to 12 months,” Sheridan wrote.

The analyst said he is lowering Sachs’ 2022-23 revenue estimates for Netflix to incorporate a greater probability of a weaker macro environment going forward, which includes greater subscriber losses.

“More specifically, we modestly lower our paid streaming subs across every region but incorporate higher [average-revenue-per-user] levels in the U.S. in 2024 and beyond to reflect Netflix’s initiatives around its ad-supported tier and password sharing,” Sheridan wrote.