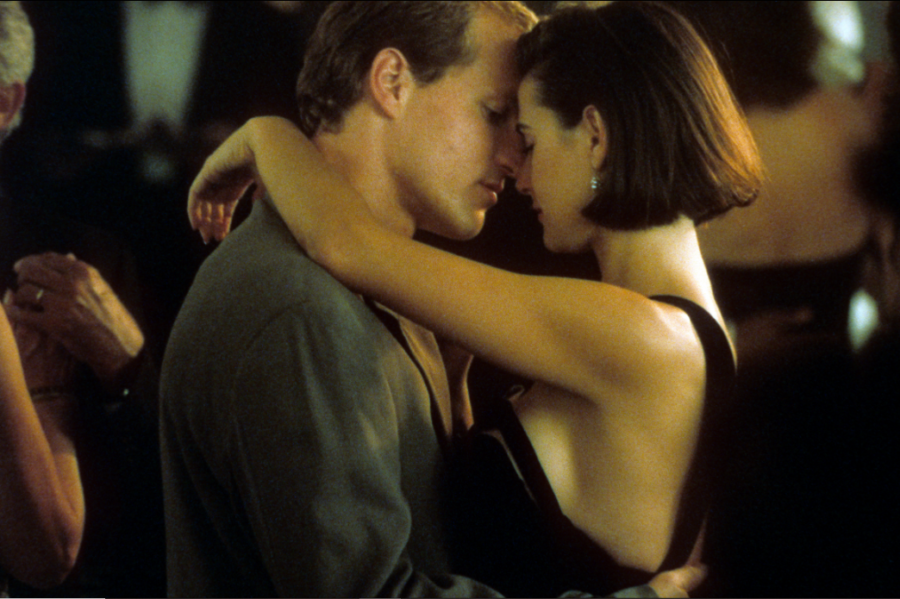 Kino Lorber is readying Indecent Proposal, one of the most talked-about movies of 1993, for Oct. 11 release on 4K Ultra HD Blu-ray. 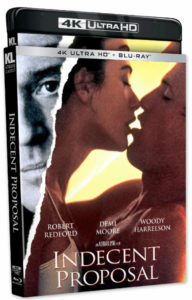 The film, which will be released under Kino Lorber’s Studio Classics banner, stars Demi Moore and Woody Harrelson as Diana and David Murphy, a financially strapped couple who are betting on a quick trip to Las Vegas to win big money. Then things take a twist: After losing at the tables, billionaire John Gage (Robert Redford) ups the ante— $1 million — if Diana has sex with him.

From Adrian Lyne, the acclaimed director of Flashdance, 9½ Weeks, Fatal Attraction, Jacob’s Ladder and Unfaithful, Indecent Proposal examines a riveting morality game — one in which each player has a strategy, as well as a set of rules to play by.

The film has been remastered in HDR/Dolby Vision by Paramount Pictures, and the result has been personally approved by director Lyne. The 4K Ultra HD edition features 5.1 Surround and Lossless 2.0 Stereo sound and is presented on a triple-layer UHD100 disc.

Also included in the package is a second disc with the film in standard Blu-ray Disc.

Both versions of the film come with an audio commentary from director Lyne.