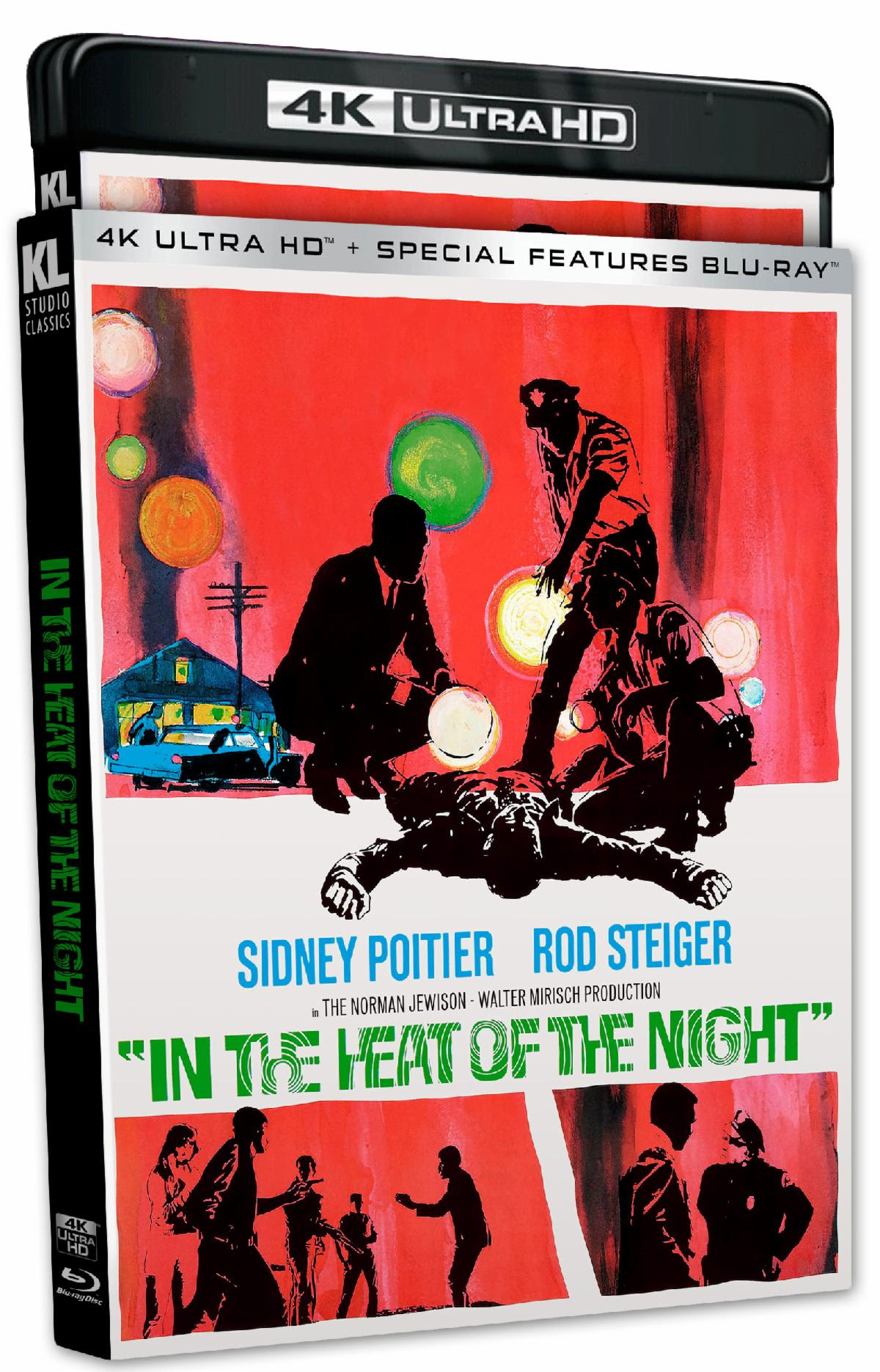 What’s that they say about one man’s meat? With most of the big studios focused on their corporate parents’ streaming ventures, classic movies polished up for disc release have become something of an afterthought (Paramount is a notable exception here).

Enter independents like Shout! Factory, Criterion and Kino Lorber, who are more than happy to pick up some of Hollywood’s timeless, ageless gems and give them the VIP treatment they deserve.

Kino Lorber’s stunning 4K Ultra HD Blu-ray release of director Norman Jewison’s In the Heat of the Night, starring the late Sidney Poitier and Rod Steiger, comes just about three years after Criterion released a regular Blu-ray of the film after doing its own 4K scan. But if timing is everything, score one for Kino Lorber, which is releasing its 4K edition just three months after Poitier’s death and at a time when the social justice movement, triggered by the murder of George Floyd in May 2020, continues to flourish.

Film buffs will be all too familiar with the 1967 mystery thriller in which racial relations are a central theme. Steiger is cast as a small-town Mississippi sheriff who finds himself working closely with a Black homicide detective from a big Northern city, Philadelphia, portrayed by Poitier. Both men are strong-willed and a product of their environment, but as they work to solve a brutal crime together, they are forced to reconcile their inherent prejudice for each other. They ultimately achieve justice, but, perhaps more importantly, they also develop mutual respect and even admiration.

The film features a brilliant score by Quincy Jones and vivid cinematography by Haskell Wexler.

In the Heat of the Night received seven Oscar nominations and won five awards, including Best Picture and Best Actor (for Steiger). The film appears on  AFI’s 100 Years…100 Movies list, and in 2002 was selected for preservation in the U.S. National Film Registry for its cultural and historical significance. A year later, the film In 2003, was hailed by The New York Times as one of the 1000 Best Movies Ever Made.

In the Heat of the Night was initially released on Blu-ray Disc in 2014 by MGM, through 20th Century Fox, which has since been swallowed up by Disney. Criterion’s Blu-ray edition came in 2019.

The clarity of Kino’s 4K presentation is one of those “you need to see it” moments, and bonus features include a new audio commentary by film historians Steve Mitchell and Nathaniel Thompson with Robert Mirisch, the nephew of producer Walter Mirisch.