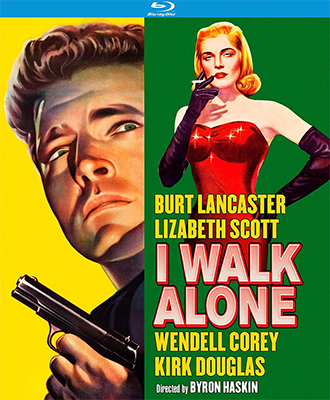 If I Had a Million (Si j’avasts un million)

All-Region French Blu-ray
Elephant, Comedy, $39.99 Blu-ray, NR.
Stars W.C. Fields, Gary Cooper, George Raft, Charles Ruggles.
1933. The multipart If I Had a Million, whose W.C. Fields episode is one of the high points does a stellar job of (without making a big deal of it) portraying a period of economic neediness.
Read the Full Review 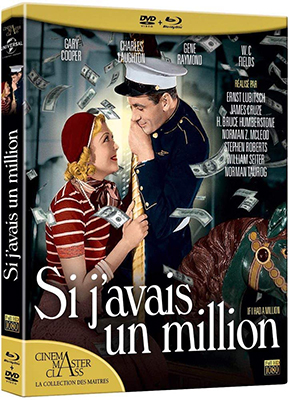 Paramount was always my favorite Hollywood studio up until its last two or three decades of predominant artistic futility, and this would, of course, include the 1930s. No one could come close to touching it in terms of elegance (see Ernst Lubitsch or Criterion’s current Dietrich-Sternberg box), but, at times, it could also “do” the Depression, though obviously not to Warner Bros. standards.

A case in the latter point would be some of the W.C. Fields Paramounts — which, in addition to still being rollickingly funny, also do a stellar job of (without making a big deal of it) portraying a period of economic neediness. So does the multipart If I Had a Million, whose Fields episode is one of the high points — though in others of these episodes, the characters’ desperation is all the way in our faces (to say nothing of theirs). And especially so in the final one, which challenges the Fields romp as the movie’s best for a net result that’s securely on the high side of spotty.

I can never figure out how France’s Elephant Films chooses which ’30s Paramounts to bring out on Blu-ray, but Million is a pleasant surprise because it’s not as well known as other potential choices, and its storyline definitely does capture an era amid a current time when a lot of people haven’t been invited to the econo-party. This isn’t to say that eight episodes plus a prologue/epilogue are likely to be of uniform quality — and, for that matter, the directors here (Lubitsch’s very brief contribution aside) aren’t anyone’s cream of the crop, though, yes, some respected comedy specialists are included. But the narrative capably fits together more often than not after an arguably too-protracted setup, and you come out more or less convinced that most people who received a million dollars out of the blue probably would blow it on follies or at least their warped idea of the good life.

That’s the premise — and one borrowed in the ’50s for TV’s “The Millionaire,” in which a mysterious moneybags who was either altruistic or eccentric gave a million bucks each week to random regular people who were living in, relatively speaking, Eisenhower prosperity. In Million’s case, the donor isn’t mysterious but a well-known tycoon who’s sick of leeches and sycophants (Richard Bennett) — albeit one apparently still obscure enough to the common man and woman that some of the rewarded refuse to believe their good fortune despite the “name” signature on the cashier’s check. Though I see that he also played the major in Orson Welles’s The Magnificent Ambersons, actor Bennett was mostly a stage personality generally unknown to me — but he’s fully up to the cantankerous needs of the role.

In addition to directors William A. Seiter, Norman Z. McLeod, Norman Taurog and more, the many writers here include Joseph L. Mankiewicz and future blacklistees Sidney Buchman and Lester Cole. And though there’s no shortage of squalor (flophouses, a prison death row, a combo saloon/den of prostitution), the comedy is so broad in the Seiter-McLeod-Taurog fashion that the picture still feels like some sort of cousin to a Paramount Fields or Marx Brothers vehicle of the same period (Seiter also directed the best Laurel and Hardy feature, Sons of the Desert, for Roach/MGM).

The two funniest episodes are the post-prologue opener (“China Shop”), in which Charles Ruggles plays a store’s mild-mannered hauler of dinnerware who keeps getting his pay docked for breakage — plus the Fields-Alison Skipworth howler (“Road Hogs”) about some strategic revenge taken against the title assailants. I noticed in both cases that these protagonists aren’t so wretchedly off that it prevents them from having their own homes, which may explain why they’re so willing to spend their chance booty so frivolously (which must have been a legitimate Depression dream for some at the time). The Fields episode doesn’t match Laurel & Hardy’s Two Tars in either quality or level of retribution, but it’s very funny and recalls a real-life anecdote involving an acquaintance of my father. Furious at being cut off in his lane by a city bus in his lane each day on the way to work, he bought a clunker for $25 or $50 (back when you could still do that) and plowed right into the driver one morning as the latter pulled away from a stop.

The staged crashes here really look real — and this being farce, no one thinks about the bodily harm that naturally ensues in those days before mandatory seat belts. Which is OK in this context. Much more wince-worthy is a scene where cops chase forger George Raft on foot and one of them shoots a gun at him in flight — missing but breaking the balloon that a little kid is holding and setting him off into a crying jag. One of the greatest things about watching old movies is the window they open to attitudes that once were — as in when my own kids watched a DVD I had of old war toys from the ’50s (full of since-banned flying projectiles that would have kept an eye-transplant surgeon in business). Their rapturous response, “God, dad, you really lived in a cool time” (a reaction not replicated when I played them some Eddie Fisher).

For all the farce — and this includes the delightful Lubitsch-Charles Laughton vignette — the final pre-epilogue segment sends out the movie on an unexpectedly high note. Fully serious until it wraps with a sentimental but credibly satisfying wrap (at least in this context), it deals with a “home” for Depression widows run by a patronizing crone — marvelously showcasing the great May Robson about a year before she had the role of her screen career: as the original Apple Annie in Frank Capra’s Lady for a Day. As a side note, I’m looking forward to seeing Robson as Aunt Polly in the newly arrived Kino Classics Blu-ray of David O. Selznick’s Technicolor The Adventures of Tom Sawyer, which I last saw looking decent (the old Image Laserdisc looked dreadful) in a 35mm print at the AFI theater give-or-take around 1976.

Million’s Robson contribution is called “Grandma,” and whoever chose the defeated faces for the resident’s indigent inhabitants did a yeoman job, whether it was director Stephen Roberts or someone else. Before his career was cut short by death at 40, Roberts did The Story of Temple Drake, a famed instigator of 1934’s toughened-up Production Code and the movie that has forever made me unable to look at a haystack without thinking of Miriam Hopkins. As with Leo McCarey’s Make Way for Tomorrow and some of the other episodes here, it makes one unable to even think about an American society without Social Security.

The print quality is very good, though not up to the Paramount/Universals I’ve seen from Elephant nor, say, Criterion’s release of Lubitsch’s splendid Design for Living if we’re limiting discussion to Universal-owned Paramounts. Again, I’m curious as to the factors that are inspiring Elephant to release this title over that one but am glad they’re getting a bit into the nooks and crannies. A concurrent early ’30s Paramount of theirs is Lubitsch’s World War I Broken Lullaby — which is curio-worthy but no one’s idea of a laff riot or a roll in the hay (or in that dusty flat from Design for Living) with Miriam Hopkins.