Bowing at No. 2, also on both charts, was 20th Century Fox’s Widows, a heist film with an ensemble cast headed by Viola Davis and Michelle Rodriguez.

And debuting in third place on both Redbox charts was Sony Pictures’ The Girl in the Spider’s Web, an action thriller that is both a reboot and a sequel to the critically hailed The Girl with the Dragon Tattoo.

The computer-animated Dr. Seuss’ The Grinch earned just over $270 million in U.S. theaters and is aimed at a younger crowd than its darker, live-action predecessor, 2000’s How the Grinch Stole Christmas, which earned slightly less in North American theaters ($260 million).

Widows, about a band of women who turn to crime so they can pay back a crime boss after their husbands are killed in a botched $5 million heist, scored a domestic gross of $42.4 million.

And The Girl in the Spider’s Web, a theatrical underperformer with Claire Foy in the lead role as the avenger of battered women, took in just $14.8 million at the box office.

High demand for these three new releases pushed Lionsgate’s Hunter Killer to No. 4, also on both charts. The action film, about a squad of Navy SEALs who save the kidnapped Russian president from a military coup, had debuted at No. 1 the prior week.

Rounding out the top five on the Redbox disc-rental chart was Universal Pictures’ First Man, a biopic about Neil Armstrong’s celebrated 1969 moon landing. The film finished at No. 6 on the Redbox digital chart. The week before, First Man had been No. 2 on both charts, after a No. 1 debut the previous week.

On the Redbox On Demand, the No. 5 spot went to 20th Century Fox’s The Sisters Brothers, a Western comedy from 20th Century Fox with John C. Reilly and Joaquin Phoenix as brothers Eli and Charlie Sisters, two assassins in the California Gold Rush.

The film – which earned just over $3 million in a limited theatrical release – also was the fourth new disc release to debut in the top 10 on the Redbox kiosk chart, coming in at No. 10.

Dr. Seuss’ The Grinch, Widows, The Girl in the Spider Web and The Sisters Brothers were all released on DVD and Blu-ray Disc Feb. 5 and for digital sale Jan. 22. 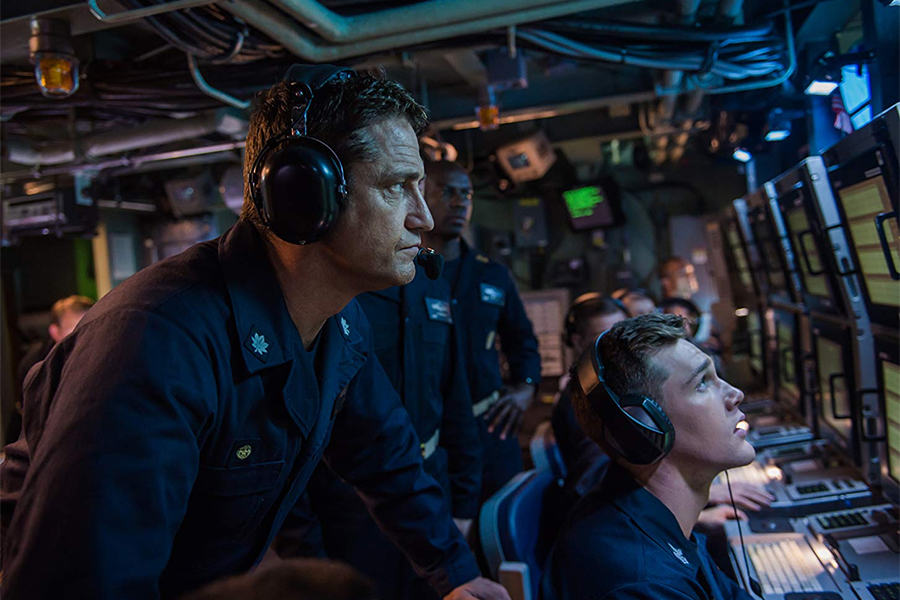 Lionsgate snagged the top spot on both Redbox charts the week ended Feb. 3 with Hunter Killer, an actioner starring Gerard Butler and Gary Oldman about a squad of Navy SEALs who save the kidnapped Russian president from a military coup.

The film, which earned $15.8 million at the domestic box office, debuted at No. 1 on both the Redbox kiosk chart, which tracks DVD and Blu-ray Disc rentals at the company’s more than 40,000 red vending machines, and the Redbox On Demand chart, which tracks transactional video-on-demand (TVOD), both electronic sellthrough (EST) and streaming.

The new Lionsgate release pushed the prior week’s top Redbox title, Universal Pictures’ First Man, to No. 2 on both charts.

Night School, also a Universal Pictures release, held onto the No. 3 on the Redbox disc-rental chart and moved back up to No. 3, from No. 5 the prior week, on the Redbox on Demand digital chart.

Rounding out the top five on the kiosk chart was Sony Pictures’ Goosebumps 2, down a notch from the previous week.

On the Redbox On Demand digital chart, 20th Century Fox’s The Hate U Give slipped to No. 4 from No. 3 the prior week, while Sony Pictures’ The Wife debuted at No. 5.

The Wife, starring Glenn Close, Jonathan Pryce, and Christian Slater, is a drama about a wife who grapples with a lifelong deception as she travels to Stockholm with her husband, who won the Nobel Prize for Literature.

The Wife, an art-house film highly praised by critics, debuted at No. 8 on the Redbox kiosk chart.

A third new release, Walt Disney’s The Nutcracker and The Four Realms, debuted at No. 7 on the Redbox kiosk chart. Disney is the only studio that does not sell product directly to Redbox, prompting the kiosk vendor to buy copies at retail. That explains the relatively low showing for film that earned nearly $55 million in North American theaters.

On the Redbox On Demand chart, the newly released Indivisible, from Universal Pictures, debuted at No. 9. The Christian is based on the true story of Darren Turner, an Army chaplain striving to balance his faith with the war in Iraq.