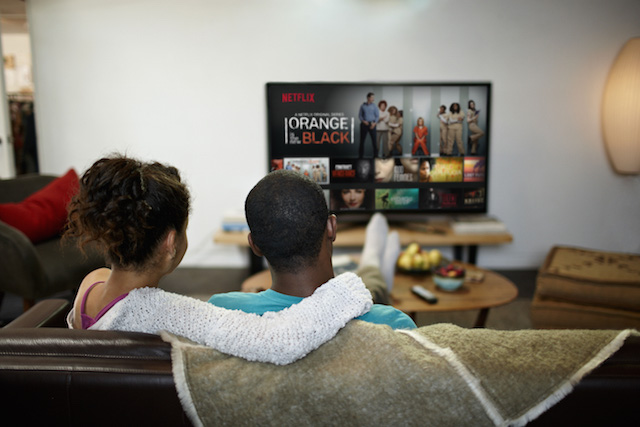 With more than 58 million domestic subscribers, Netflix is considered “essential” among consumers to their entertainment consumption, according to new data from TiVo.

The SVOD pioneer (52.7%) topped YouTube videos (45.9%) and cable TV (39.5%) as the primary source for home entertainment, according to a survey of 4,458 adult respondents in the United States and Canada conducted in the fourth quarter of 2018.

Just over 40% of respondents selected cable TV as supplemental to their home entertainment needs, suggesting consumers are divided in their loyalties to pay-TV, according to TiVo. This split doesn’t exist for Netflix, which is considered supplemental by only 30% of respondents.

“Live TV is still favored, but content providers such as Netflix and YouTube are gaining ground,” wrote TiVo.

The DVR pioneer, which has conducted its “TiVo Trends” media analysis since 2012, found that combining Netflix with Amazon Prime Video and pay-TV was a favored (10.6%) bundle among consumers. Other bundle options included Facebook, YouTube and pay-TV (7.5%) and YouTube, Netflix and pay-TV (7.5%).

“Clearly, consumers are still turning on their TVs and watching live content every day,” wrote TiVo.

The report found 69.3% of respondents use over-the-top video services while 30.7% do not. Among OTT video users, Netflix (50.4%) and Prime Video (21.8%) lead the pack among streaming video platforms. 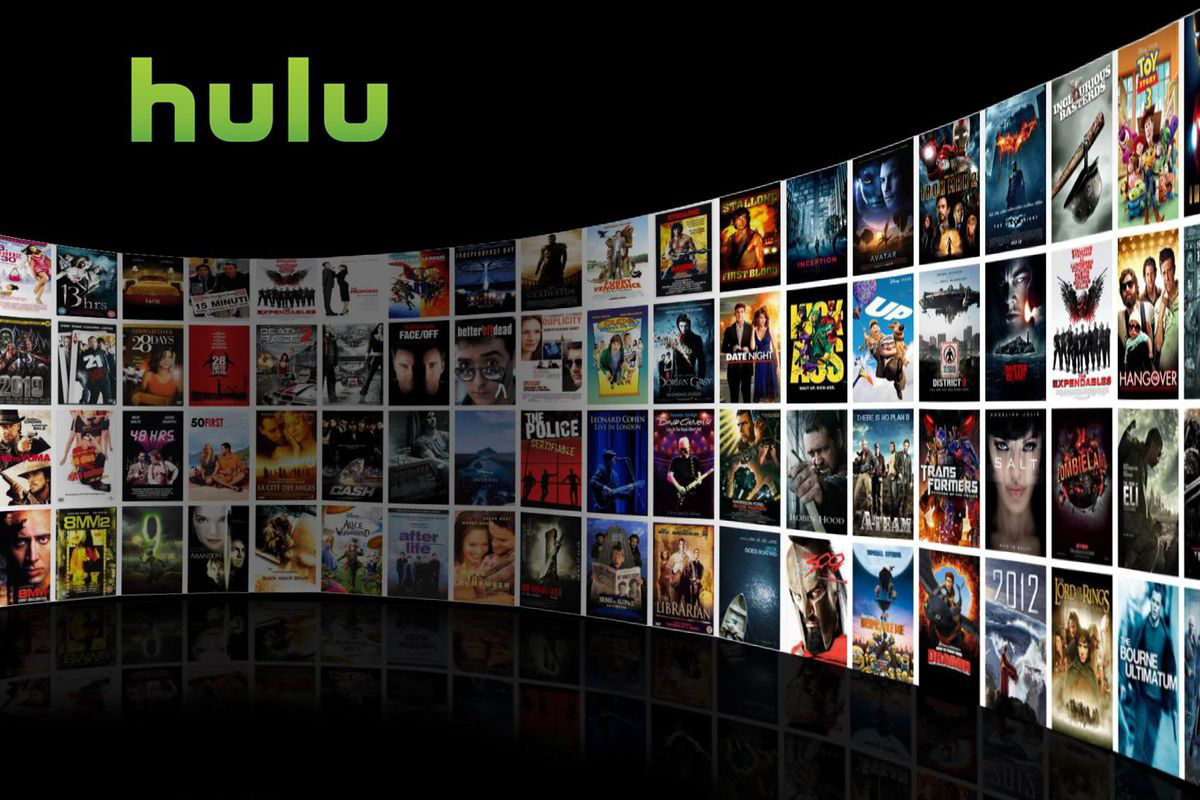 Hulu’s basic streaming service with advertising dropped in price to $5.99 from $7.99. The $11.99 option with no advertising remains unchanged.

Hulu, which is co-owned by Disney, Fox, Comcast and WarnerMedia, is also upping the price on its branded online TV service $5 to $44.99 — the first price hike since the platform launched in May 2018.

The service recently announced it had surpassed 25 million paying subscribers.

Over the past year, Hulu, which claims to have more than 85,000 on-demand television show episodes, has added thousands of exclusive TV episodes and movies, launched nearly a dozen additional live TV channels – including The CW, Discovery Channel, TLC, Animal Planet and ABC News, in addition to upgrading technology platforms.

The changes follow Netflix’s recent price hikes that go into effect over the next 90 days. 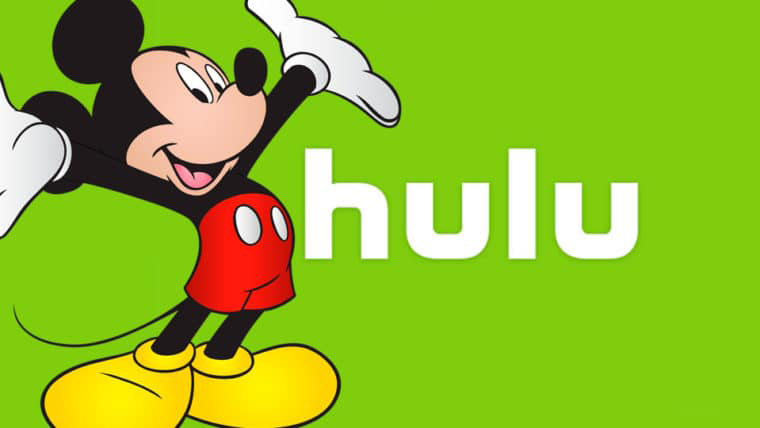 Hulu may be losing millions in equity for its corporate parents, but that isn’t stopping The Walt Disney Co. from dreaming big going forward about the 11-year-old SVOD service and online TV platform.

Disney, which attributed $10 million in Q4 equity losses to higher programming, marketing and labor costs at Hulu, partially offset by growth in subscription (20+ million) and advertising revenue, will become majority (60%) owner of the SVOD when its acquisition of 20thCentury Fox Film Corp. is finalized.

Hulu’s other corporate owners include Comcast (30%) and WarnerMedia (10%).

“With this [Fox] acquisition comes not only some great IP, but some excellent talent, particularly on the television side,” Iger said. “And we aim to use the television production capabilities of the combined company to fuel Hulu with a lot more original programming … [content] that we feel will enable Hulu to compete even more aggressively in the marketplace.”

“And that’s clearly attractive to advertisers, which I think has been somewhat underappreciated about Hulu in that it … can offer targeted ads,” Iger said.

Hulu’s base $7.99 subscription plan features ad-supported content, while the $11.99 plan is ad-free. Iger says the service – especially the $39.99 Hulu With Live TV – has some price elasticity of demand.

“I think there’s an opportunity to improve – or I should say increase our pricing there,” he said.

“We’ll leave the more family-oriented programming to the Disney+ app,” he said. 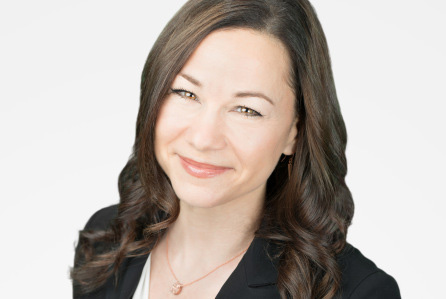 “Heather is a highly strategic, creative and relationship-oriented executive who has spent her entire career driving change and innovation,” Freer said in a statement. “As Hulu looks to transition television from a gatekeeper-driven experience to one that’s led by the consumer, Heather’s leadership and fearless approach to evolving antiquated business rules make her a perfect fit for our team.”

At Google/YouTube, Moosnick spearheaded global business development for the launch of online TV service YouTube TV, including affiliate and network agreements. Previously, she worked with record label relationships for the launches of YouTube Music and YouTube Premium. 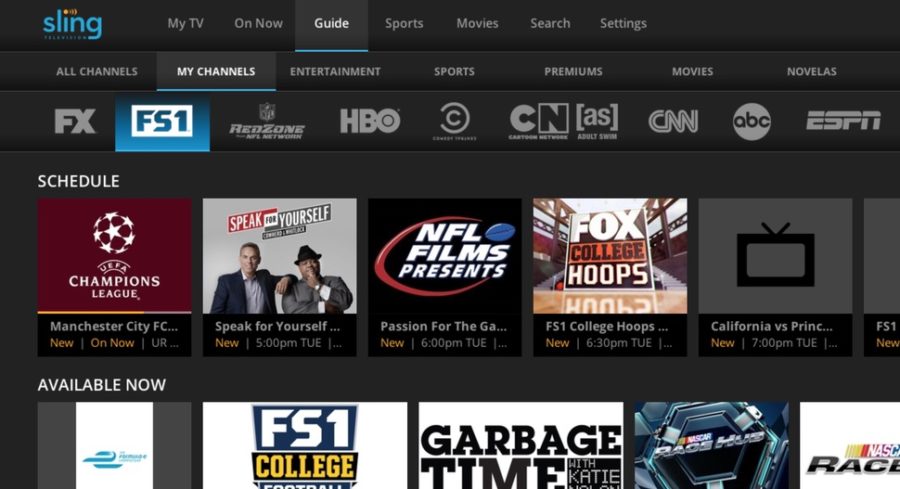 Fox, which is run by Rupert Murdoch and his son Lachlan — in a regulatory filing — said Comcast’s $65 billion all-cash offer faces too many regulatory hurdles. Instead, it believes Disney’s competing $71 billion cash/stock bid poses fewer risks.

“While a potential Disney transaction was likely to receive required regulatory approvals and ultimately be consummated, a strategic transaction with Comcast continued to carry higher regulatory risk leading to the possibility of significant delay in the receipt of merger consideration as well as the risk of an inability to consummate the transactions,” the company said in the filing.

However, Comcast made its offer for Fox the day after a federal judge rejected similar antitrust issues and ruled in favor of AT&T’s $85 billion merger with Time Warner.

Included in the competing Disney/Comcast offers is controlling interest in Hulu, the money-losing SVOD service and adjunct online TV platform. Both Disney and Comcast would have 60% control of Hulu should either consummate the deal. Currently each company (along with Fox) has a 30% stake, with AT&T’s WarnerMedia owning 10%.

Hulu was a key issue to regulators when Comcast acquired NBC Universal in 2011. The DOJ at the time worried so much that Comcast could thwart rollout of over-the-top video that it mandated the company “relinquish its management rights in Hulu,” among other provisions. It also ordered Comcast make NBC Universal content available to Hulu “that is comparable” to the programming Hulu obtains from Disney and News Corp. (now 21st Century Fox).

“What is also clear to us is that in the vertical concentration issues that I’ve talked about, this is a great concern to the DOJ,” said Iger.

With the OTT video ecosystem no longer in its infancy (hello, Netflix and Amazon Prime Video!), and Disney planning to roll out its own branded SVOD service in 2019, Fox contends regulators would have fewer issues with Disney controlling Hulu.

Which is precisely why the issue is moot, according to Rich Greenfield, media analyst with BTIG Research.

“Given that Hulu has been dwarfed by Netflix and Amazon on the SVOD front and trails well-behind other virtual MVPDs such as Sling and DirecTV Now, we find it difficult to imagine why greater Hulu ownership by Comcast would concern the DOJ in 2018,” Greenfield wrote in a June 26 note.

The analyst believes Comcast not only has the financial resources to top Disney’s offer, but smoother regulatory path as well.

“We continue to believe that if the DOJ is worried about reduced competition and higher consumer prices, with less choice in bundles, Disney/Fox is far more concerning than Comcast/Fox,” Greenfield wrote.

Looking to shake up its internal management structure, Hulu has hired a new chief technology officer, its first chief data officer and realigned the subscription streaming video platform into four operating segments, among other changes.

Notable in the reorganization is the departure of chief content officer Joe Stillerman and Tim Connolly, SVP of partnerships and distribution. Stillerman had been with Hulu for just a year after joining the company from AMC Networks. Also leaving is Ben Smith, SVP, experience, who is retiring in July.

Hulu is conducting a search for a head of the new content partnerships group and is eliminating the CCO position.

“Ben, Tim and Joel have all played a significant role in getting Hulu to the strong position it is in today. They will forever be a part of Hulu’s success story, and we wish them the very best in their next endeavors,” CEO Randy Freer said in a statement.

The company’s original programming and relationships with creators, producers and studios will now operate as a dedicated business function led by SVP of content, Craig Erwich, who reports to Freer at the company’s Santa Monica, Calif.-based headquarters.

Chief marketing officer Kelly Campbell assumes responsibility for “subscriber journey,” which includes acquisition, engagement and retention, to viewer experience and research, across all of Hulu’s business operations. In addition, this group will now oversee Hulu’s subscriber partnerships, including its relationships with Spotify and Sprint.

It lost $920 million in 2017 compared to a loss of $531 million in 2016. The fiscal loss is reportedly projected to reach $1.7 billion this year as original content (“The Handmaid’s Tale,” Marvel’s “Runaways,” “Future Man,” and “The Doozers”) spending skyrockets. 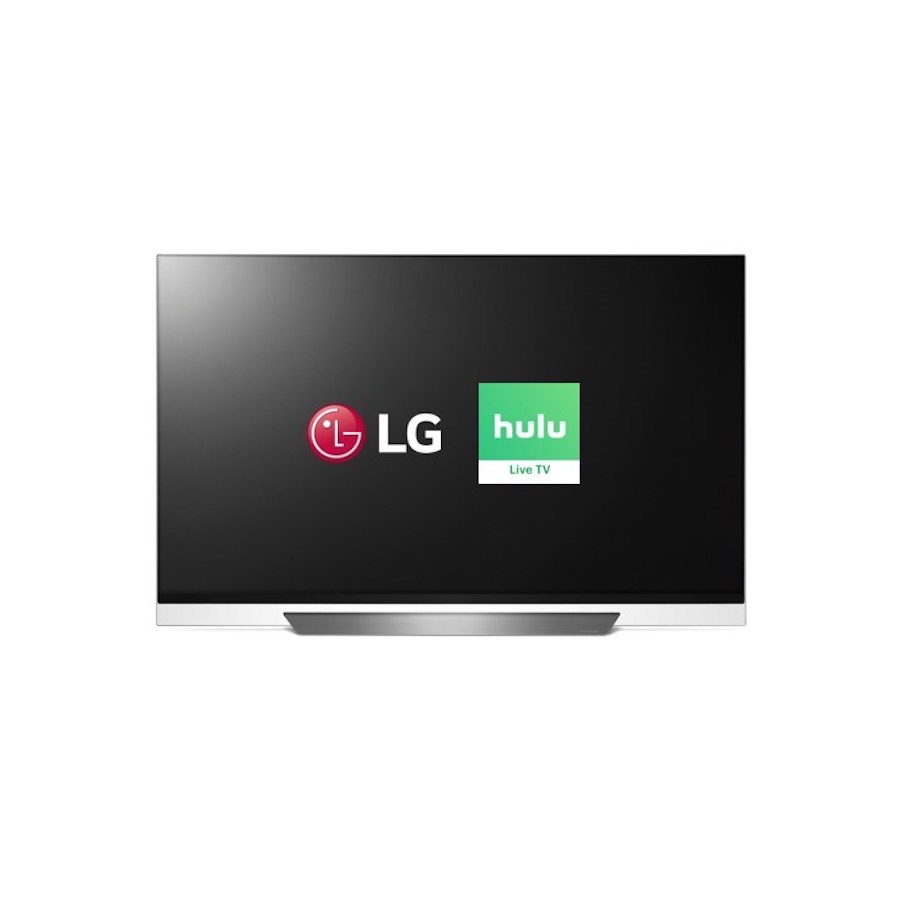 “As interest in streaming live events continues to rise, we are offering LG smart TV owners a seamless solution that enables them to experience today’s pivotal cultural moments as they are happening from the comfort of their own home,” said Matthew Durgin, director of smart TV content partnerships at LG Electronics USA, in a statement.

Hulu with Live TV offers viewers access to live and on-demand programming from more than 50 top channels, in addition to the service’s on-demand streaming library with thousands of movies and shows. Hulu’s live offering gives viewers access to personal-ized sports experiences, as well as the opportunity to record live TV through the Cloud DVR option. Current LG TV customers with Hulu subscriptions may enjoy Hulu with Live TV by updating their subscription plan.

The 2018 LG Smart TVs with webOS are now available with the updated UI and access to Hulu with Live TV at retailers nationwide. 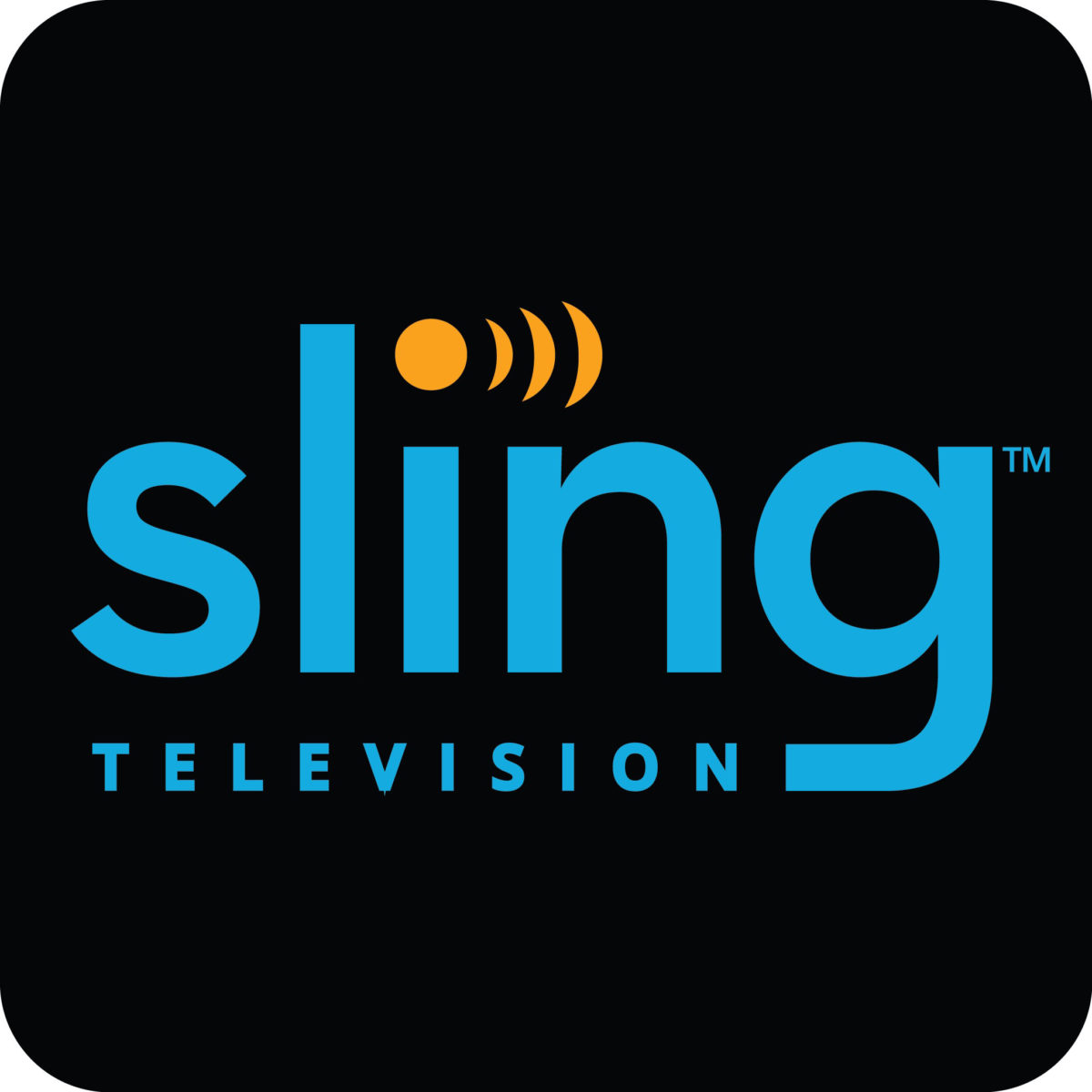