Actor Hugh Laurie and British-themed SVOD service BritBox would seem a perfect pairing. Now, the North American streaming service from BBC Studios and ITV announced that the former “House” star will adapt Agatha Christie mystery, Why Didn’t They Ask Evans?, into an original three-part miniseries — the service’s its biggest original commission to date.

Laurie will also direct and executive produce the series, which will make its global debut on BritBox in the U.S. and Canada in 2022.

On the hunt for a lost golf ball, Jones discovers the crumpled body of a dying man who, with his last breath, gasps the cryptic question of the series’ title. Armed with only a photograph of a beautiful young woman found in the dead man’s pocket, the sleuths embark on a crime-solving adventure and prove surprisingly adept at unearthing clues.

“I can’t overstate how excited we are to bring this new adaptation to life for the BritBox community,” Emily Powers, head of BritBox North America, said in a statement. “Laurie’s writing pays homage to the brilliance of the original Agatha Christie mystery, while adding fresh wit, humor, and creativity that will appeal to all audiences.”

Casting will be announced at a later date. Endeavor Content brokered the commission and will handle International sales outside of the U.K., Ireland and the Americas.

“Hugh has brought his own inimitable style and flavor to this work, whilst at the same time being faithful to the original,” said James Prichard, CEO of Agatha Christie Limited.

“I loved this book as a nipper and still do. The hairs on the back of my neck haven’t properly settled down from the first time I grasped the beauty of the essential mystery,” said Laurie. “Since then, I have fallen deeper and deeper in love with the characters, and feel immensely honored to have been given the chance to retell their story in this form.”

BritBox has been commissioning original programming since 2017, starting with “The Bletchley Circle: San Francisco,” and most recently announced “Hope Street,” a new cozy crime series. In addition, the service showcases a substantial slate of co-productions, including “The Pembrokeshire Murders,” starring Luke Evans; “Honour,” starring Keeley Hawes; and “There She Goes,” starring David Tennant. 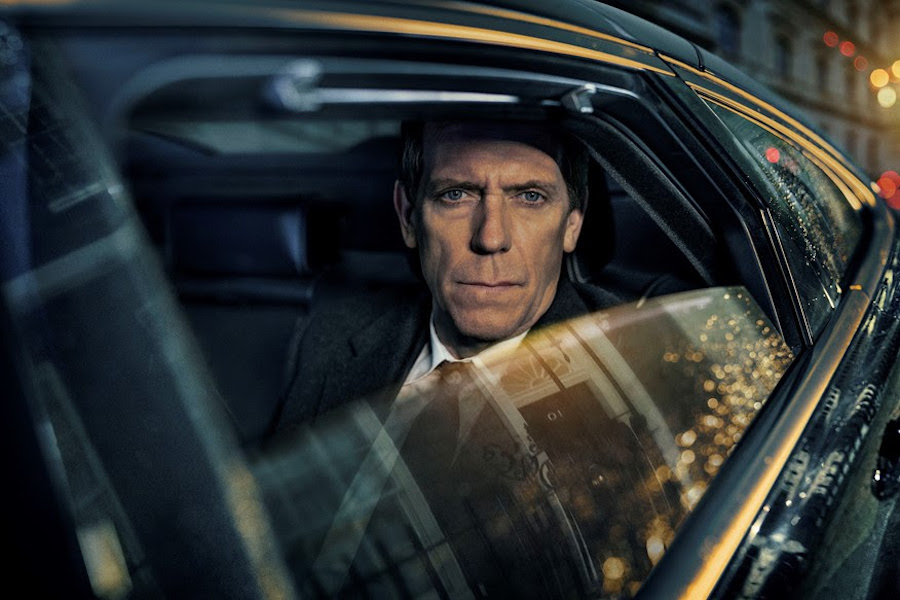 Six new programs, including a new political thriller starring Hugh Laurie, “Roadkill,” Prince Philip: The Plot to Make a King and season one of “Jekyll and Hyde,” will be streaming on the PBS Masterpiece Prime Video Channel in November.

Also streaming are international programs from “Walter Presents,” including the new Spanish crime thriller “Under Suspicion,” “The Hunter” and “Berlin Dance School.”

Due Nov. 1 is the new political thriller “Roadkill” from Academy Award nominee David Hare (The Reader, The Hours). The series stars Hugh Laurie as Peter Laurence, a self-made forceful and charismatic politician. Peter’s public and private life seem to be falling apart — or rather are being picked apart by his enemies. As his personal revelations spiral, he is shamelessly untroubled by guilt or remorse, expertly walking a high wire between glory and catastrophe as he seeks to further his own agenda, while others plot to bring him down. However, events show just how hard it is, for both an individual and a country, to leave the past behind. Helen McCrory (The Queen, “Harry Potter”), Sidse Babett Knudsen (“Westworld,” Inferno) and Millie Brady (“The Last Kingdom,” Pride and Prejudice and Zombies) also star.

Coming Nov. 6 is season two of the “Walter Presents” series “The Hunter.” In the Italian crime drama set in January 1996, after years of waiting, arrests and sleepless nights, anti-mafia prosecutor Saverio is over the moon. Not only has he finally married the love of his life Giada, he’s also closer to catching his most wanted prey: Giovanni Brusca. The brutal head of the Cosa Nostra has held the son of one of his enemies hostage for over two years. Even though the boy is still alive, he’s just a pawn in a sick game of thrones played by the Brusca brothers. When things go wrong during Saverio’s long-planned raid of the Brusca hideout, his life starts falling apart before his eyes.

Due Nov. 13 is the “Walter Presents” Spanish crime thriller “Under Suspicion.” In the series, on the day of her first communion, surrounded by her family, 7-year-old Alicia Vega disappears without a trace. After two weeks of searching, the police are only sure about one thing: Alicia’s kidnapper is a family member. Two officers, Laura and Víctor, are chosen to go undercover in the town where the Vega family lives as a married couple to uncover who is responsible for the crime. They don’t know each other and are complete opposites. Laura is firm and organized. Víctor is impulsive and willing to do whatever is necessary to discover the truth. As time passes, the case turns out to be more complicated than they expected — the Vega family is a web of secrets complicating the rescue of Alicia.

Season two of the “Walter Presents” German drama “Berlin Dance School,” due Nov. 27, continues to follow the proprietor of the Galant dance school, Caterina Schollack and her three daughters, Monika, Eva and Helga. Three years have passed and Monika is now a single mother fighting for custody of her daughter Dorli who is living with her aunt Helga and her husband Wolfgang as a way to hide his homosexuality. Meanwhile, the careers of Monika and her dance partner Freddy pick up speed under the stewardship of Caterina’s management. Their sister Eva is also unhappy in her marriage to Professor Fassbender. The program follows the three sisters as they search for their own new identity, while dealing with issues such as emancipation, family structures and the desire for female self-determination.

Also coming Nov. 27 is Prince Philip: The Plot to Make a King. The film tells the inside story of the tensions that were unleashed when the queen fell in love with Prince Philip — tensions that would place huge strain on the royal marriage and would shape the future of Elizabeth’s reign. Young Philip, it was felt, was “rough, ill-mannered, uneducated and would probably not be faithful,” according to one courtier. The royal and political elite disliked his German roots — and they disliked his larger than life, ferociously ambitious uncle Lord Louis Mountbatten. This film draws on unpublished memoirs to show how Philip and Mountbatten were maneuvering for a royal marriage as early as the winter of 1939-40, when the queen was just 13. Philip’s German links were a source of anxiety for Elizabeth’s parents with the queen’s mother reported to have privately referred to Philip as “The Hun.” The film reveals, for the first time, the complexities and frustrations of the royal marriage as the queen struggled to reconcile the love of her husband with the suspicions of her family and her government.

Finally, Nov. 30 comes season one of “Jekyll and Hyde.” Set in 1930s London, the series follows Robert Jekyll, a naive, sensitive young man finding his place in the world and moving away from the protection of his loving foster parents. As he begins to feel himself coming under the power of a darkness he cannot control, he realizes that all this time his parents were protecting him from his true self. Jekyll has inherited the curse of his grandfather, and when angered or in danger he undertakes a graphic and twisted transformation to become Hyde, a shadowy, brooding figure of incredible strength and agility — confident and fearless. As he tries to discover his past and search for a cure, Robert Jekyll is drawn deep into Hyde’s world of monstrous creatures and freaks of nature.