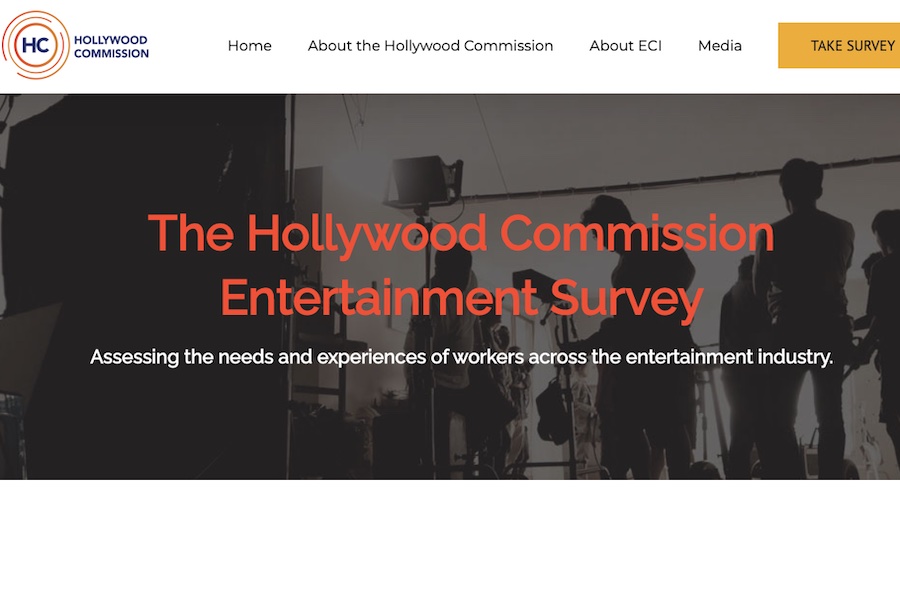 The Hollywood Commission, which works in partnership with 26 companies, unions and guilds, academies, and talent agencies to end discrimination, harassment, bullying, and abuse in the entertainment industry, Oct. 20 announced the launch of its second “Entertainment Survey.”

The survey is designed to give a voice to entertainment industry workers while providing the community with crucial insight surrounding the progress made in the past five years toward meaningful systemic change.

The survey is now live at hollywoodentertainmentsurvey.org, and the Hollywood Commission encourages all members of the community to participate in the anonymous questionnaire.

Chaired by Anita Hill and founded by board members Kathleen Kennedy and Nina Shaw, the Hollywood Commission was formed in 2017 to bring together entertainment executives, independent experts, and advisors to take the necessary collective steps towards tackling the culture of abuse and power disparity in the industry.

This second survey is seeking responses from members of the community through Nov. 27, 2022.

“As the Commission and partner companies offer new resources, initiatives, and training in workplaces throughout the entertainment community, this second survey is a temperature check to specifically identify what progress has been made and where work still needs to be done,” according to the Hollywood Commission.

According to the Commission, with a goal of 20,000 responses‚ more than double the participation of the first survey — the new survey will include expanded demographics to ensure representation across all communities; an added focus on employees working in the gaming sector; new questions that measure and assess whether and in what ways people experience colorism; and questions focusing on survivor support and the resources needed for victims of retaliation to get back into the industry.

The survey is open to entertainment workers in television and film, commercials, live theater, music, broadcast news, talent representation, public relations, corporate settings, and the gaming sector, from countries including the United States, Canada, Mexico, the United Kingdom, and countries throughout Asia, Oceania and the South Pacific.

When the results are tabulated, the Hollywood Commission expects to learn where systems can be improved. Survey responses will focus the Commission’s efforts over the next several years — informing the issues that it will elevate for the community and pinpointing where the organization will prioritize its resources, according to the Commission.

“As we seek to determine what systemic progress we have made over the past several years, the second Hollywood Commission Entertainment Survey is more important and in many ways consequential than our first,” Hill said in a statement. “With this new edition, we hope to double the participation of the first survey, which will help provide us with the insight we need as we continue to focus our efforts on our next phase of work. The key to that will be participation — we need to hear directly from all workers about their experiences. We look forward to working with our partners to encourage everyone in the industry to respond and participate, safely and anonymously.”

The results of the new Hollywood Commission survey are expected to be completed and released in early 2023.