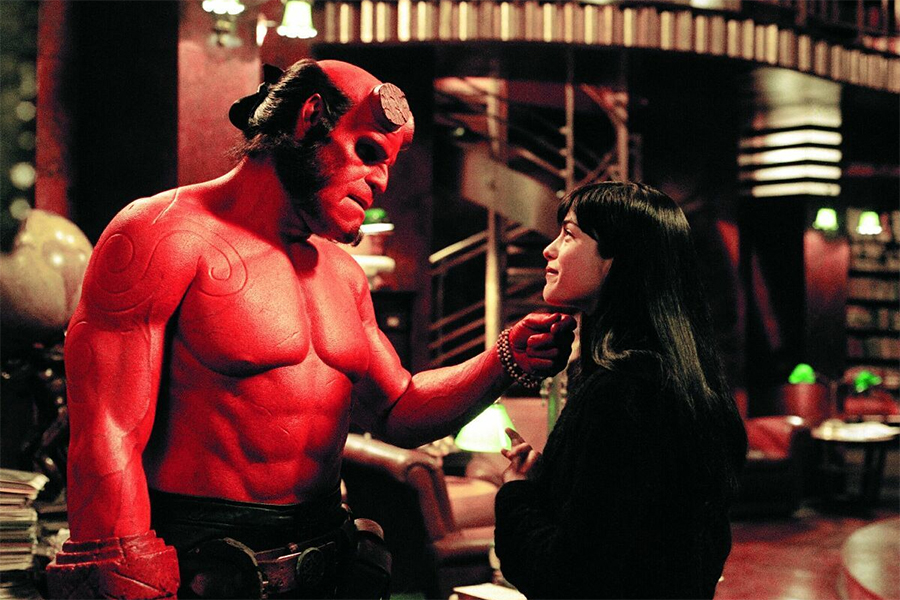 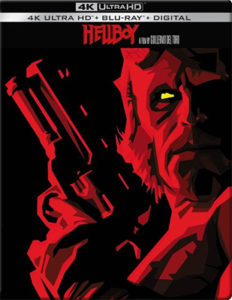 Otherwise, a slow week for new releases didn’t yield much in the way of retailer promotions.

Target offered a number of Halloween-themed titles for sale on disc, such as Disney’s Hocus Pocus on DVD for $5 and Blu-ray for $10; The Nightmare Before Christmas Blu-ray for $10; DVDs of the first two “Hotel Transylvania” movies for $4 each and the DVD of the third movie for $10; and Paramount’s DVD double feature of The Addams Family and Addams Family Values for $5. 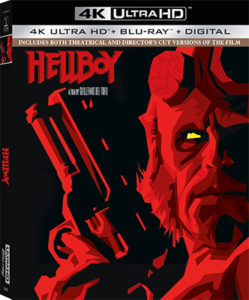 Directed by Guillermo del Toro, the film adapts the Mike Mgnola Dark Horse comic book about a demon rescued by the Nazis and raised to become a defender against the forces of darkness. Ron Perlman stars as Hellboy alongside a cast that includes Selma Blair, Doug Jones and John Hurt.

The Hellboy 4K disc includes both the theatrical and director’s cuts of the film, each newly remastered in 4K resolution from the original camera negative with exclusive Dolby Atmos audio, along with the original theatrical 5.1 audio. The 4K disc also includes a new introduction by del Toro; the new “To Hell and Back” retrospective, featuring a new interview with del Toro; three audio commentaries featuring del Toro, Mignola and the cast; the documentary “The Seeds of Creation”; and theatrical trailers.

The combo pack will also include a digital copy.

Best Buy offered Steelbook editions for the 4K Ultra HD Blu-ray combo packs for both films, with Alita listed at $34.99 and Hellboy at $29.99. The Alita Steelbook, which like the standard-edition 4K included a 3D version of the film, was marked as sold out on the Best Buy website.

Target also offered a Steelbook for Hellboy, packaging the Blu-ray/DVD combo pack in a “limited-edition double-sided Steelbook” for $24.99.

For Alita, Target packed special versions of the Blu-ray ($22.99) and 4K/3D Blu-ray ($32.99) with a USB-charging wristband that appears to be iPhone compatible. 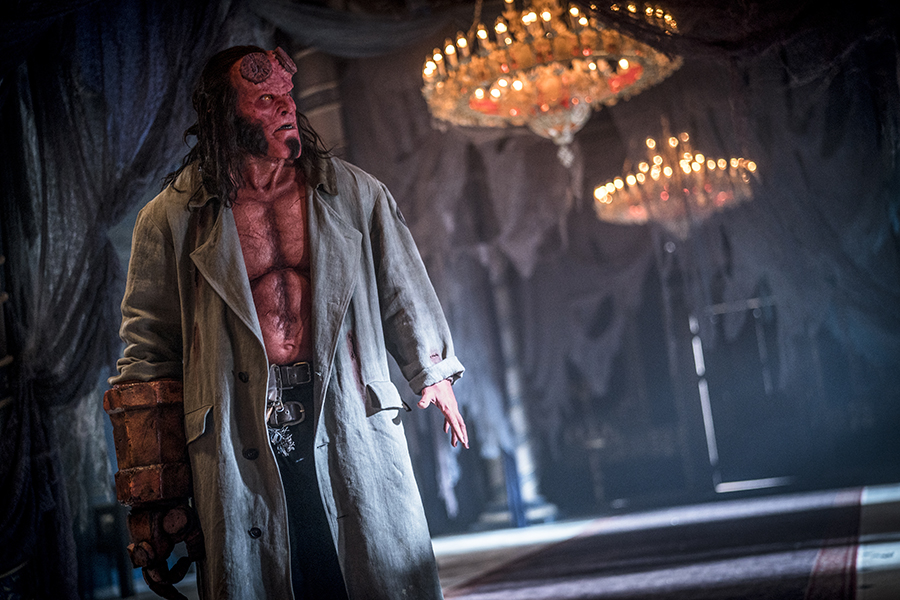 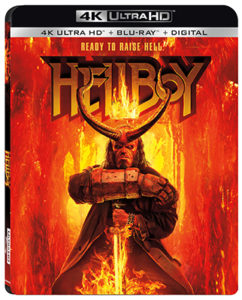 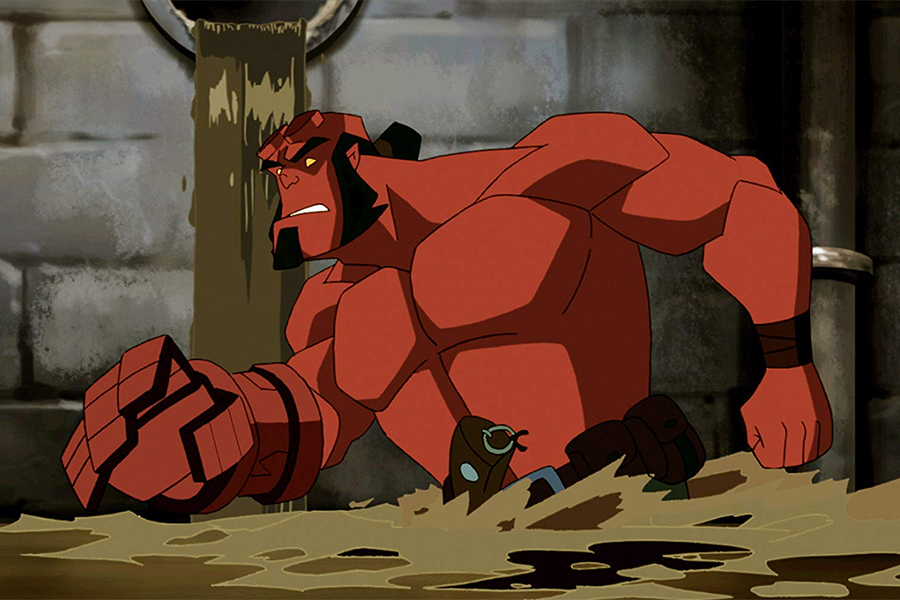 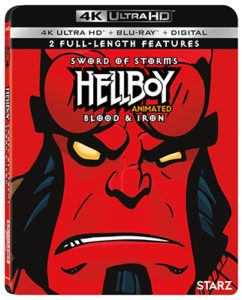 The films feature Guillermo del Toro, director of the the 2004 live-action film (and its 2008 sequel) as creative producer, and the voice cast features the actors from the films reprising their roles, including Ron Perlman as Hellboy, Selma Blair as Liz, Doug Jones as Abe Sapien and John Hurt as Professor Bruttenholm.

In Sword of Storms, The Bureau of Paranormal Research & Defense (BPRD) investigates a folklore professor who becomes unwittingly possessed by the ancient Japanese demons of Thunder and Lightning, but a cursed samurai sword sends Hellboy to a supernatural dimension of ghosts, monsters and feudal mayhem.

In Blood & Iron, Hellboy, Liz Sherman and Abe Sapien investigate the ghost-infested mansion of a publicity-hound billionaire, uncovering a plot to resurrect a beautiful yet monstrous vampire from Professor Bruttenholm’s past.

The combo pack will include Dolby Vision HDR and Dolby Atmos sound.

Bonus materials include audio commentaries on both films featuring Hellboy creator Mike Mignola and the filmmakers, and several behind-the-scenes featurettes.

The new live-action reboot of the franchise, starring David Harbour as Hellboy arrives in theaters April 12.