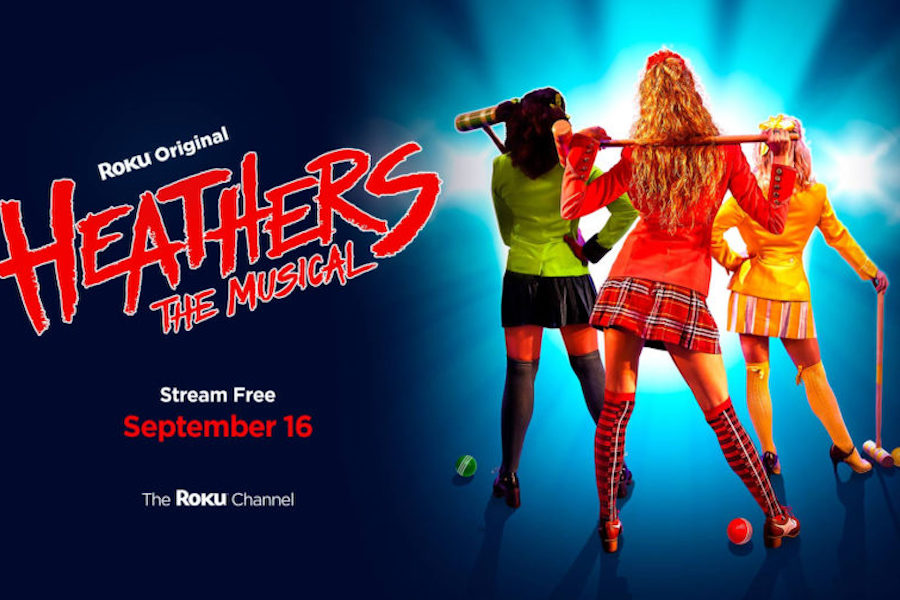 Roku Aug. 2 announced that it will exclusively stream a live stage adaptation of the West End musical Heathers: The Musical to The Roku Channel as a Roku Original special on Sept. 16. The special is produced by Village Roadshow Pictures and Bill Kenwright’s BKStudios.

The stage play is based on the 1998 movie Heathers, starring Winona Ryder, Christian Slater and Shannen Doherty. Andy Fickman directs the musical, with book, music and lyrics by Kevin Murphy and Laurence O’Keefe. Fickman, Murphy and O’Keefe will also produce.

The musical will be filmed at The Other Palace, where it started its U.K. journey in 2018. Originally produced by Kenwright and Paul Taylor Mills, it grew its initial cult following and became a box office record-breaker, ultimately transferring to the Theatre Royal Haymarket for a sold-out limited run later that year.

The production then returned to the Haymarket for another successful West End season in 2021, and concurrently a U.K. tour, before returning to its original home, The Other Palace, in November 2021, where it is still playing.

The play is based on the characters created by Daniel Waters for the original film, which was directed by Michael Lehmann and produced by Denise Di Novi. The original film Heathers is now part of the vast library of IP titles controlled by VRP’s parent company Vine Alternative Investments. VRP will handle international sales of the filmed version of the musical as well.

“We are committed to finding a variety of great ways to bring premium programming to our audience, and there’s nothing like the thrill of a live performance,” David Eilenberg, Roku head of originals, said in a statement.