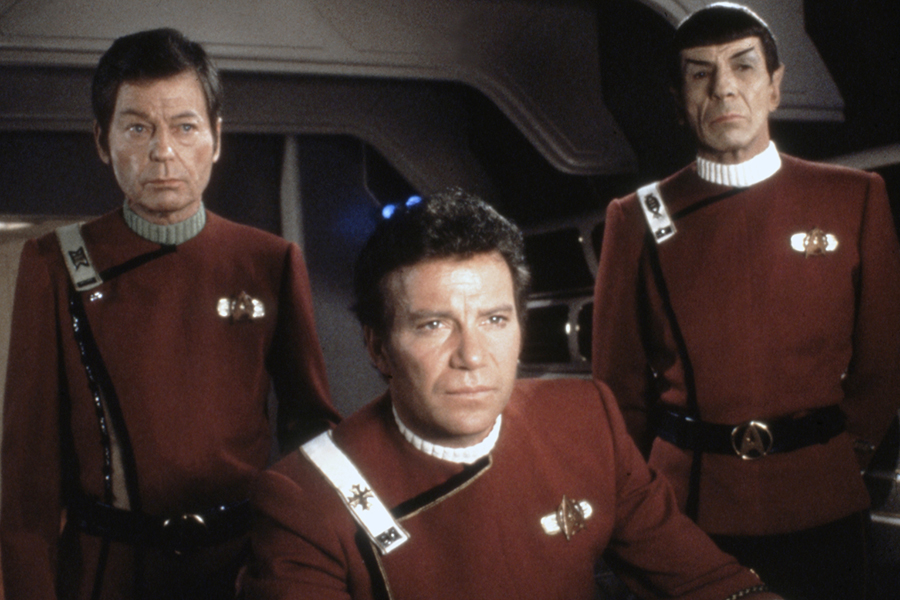 To celebrate the 55th anniversary of the “Star Trek” franchise, Paramount Home Entertainment will release a new Blu-ray Steelbook collection of the original series, as well as a boxed set of the first four “Trek” movies on 4K Ultra HD for the first time.

The first episode of the original “Star Trek” series aired Sept. 8, 1966. The sci-fi adventure chronicled the adventures of the starship Enterprise in the 23rd Century and starred William Shatner as Capt. James T. Kirk, Leonard Nimoy as Mr. Spock, and DeForest Kelley as Dr. McCoy.

CBS Home Entertainment is re-releasing the remastered Blu-ray editions of the show’s three seasons (1966-69) in collectible Steelbook packaging. The 20-disc Star Trek: The Original Series — The Complete Series set also includes nine hours of cast and crew interviews, commentaries, documentaries and archival materials. (Update 8/2/21: The set had been slated for Sept. 7 release but has been pushed back to Oct. 26 due to manufacturing delays, according to CBS.) 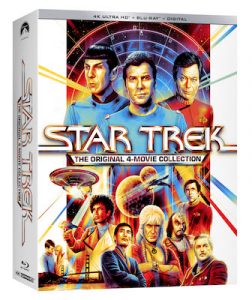 Each of the original four “Star Trek” films will also be available individually on Blu-ray.

In Star Trek: The Motion Picture, the U.S.S. Enterprise boldly debuted on the big screen with the cast of the original “Star Trek” series, including Shatner, Nimoy, Kelley, George Takei, Nichelle Nichols, Walter Koenig and James Doohan. When an unidentified alien intruder threatens Earth, Kirk returns to duty in command of a newly transformed U.S.S. Enterprise. This is the original theatrical cut and features Jerry Goldsmith’s iconic overture.

Star Trek II: The Wrath of Khan includes both the original theatrical and director’s cuts. In the film, on routine training maneuvers, Admiral Kirk seems resigned that this may be the last space mission of his career. But an adversary from the past has returned with a vengeance. Aided by his exiled band of genetic supermen, Khan (Ricardo Montalbán) — brilliant renegade of 20th century Earth — has raided Space Station Regula One, stolen the top-secret device called Project Genesis, wrested control of another Federation starship, and now schemes to set a most deadly trap for his old enemy Kirk.

In Star Trek III: The Search for Spock, Kirk’s defeat of Khan and the creation of the Genesis planet are empty victories. Spock is dead and McCoy is inexplicably being driven insane. Then a surprise visit by Spock’s father provides a startling revelation: McCoy is harboring Spock’s living essence. Kirk attempts to steal the U.S.S. Enterprise and defy Starfleet’s Genesis planet quarantine to search for his friend, but the Klingons are planning a deadly rendezvous.

In Star Trek IV: The Voyage Home, when a mysterious alien power threatens the atmosphere of Earth in the 23rd century, Kirk and his crew must time travel back to 1986 San Francisco to save mankind. Exploring this strange new world, they encounter punk rock, pizza and exact-change buses that are as alien as anything in the far reaches of the galaxy.

In addition, Paramount and the Paramount+ streaming service have announced that a full restoration of Star Trek: The Motion Picture — The Director’s Edition is underway.

To meet its release date in December 1979, the filmmakers behind Star Trek: The Motion Picture were famously behind schedule in completing post-production work, preventing director Robert Wise from fine-tuning the final cut. Later, a television version added scenes back in, but some containing unfinished visual effects. 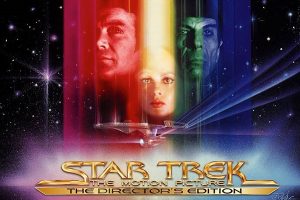 In 2001, Wise was given the chance to re-edit the film and replace several visual effects shots for a DVD director’s edition, but the final master was completed in standard-definition.

Thus, the restored version of the director’s edition will be prepared in 4K Ultra HD with Dolby Vision high dynamic range and a new Dolby Atmos soundtrack. The restoration will be overseen by producer David C. Fein, restoration supervisor Mike Matessino and visual effects supervisor Daren R. Dochterman, all of whom worked previously with Wise, who died in 2005. 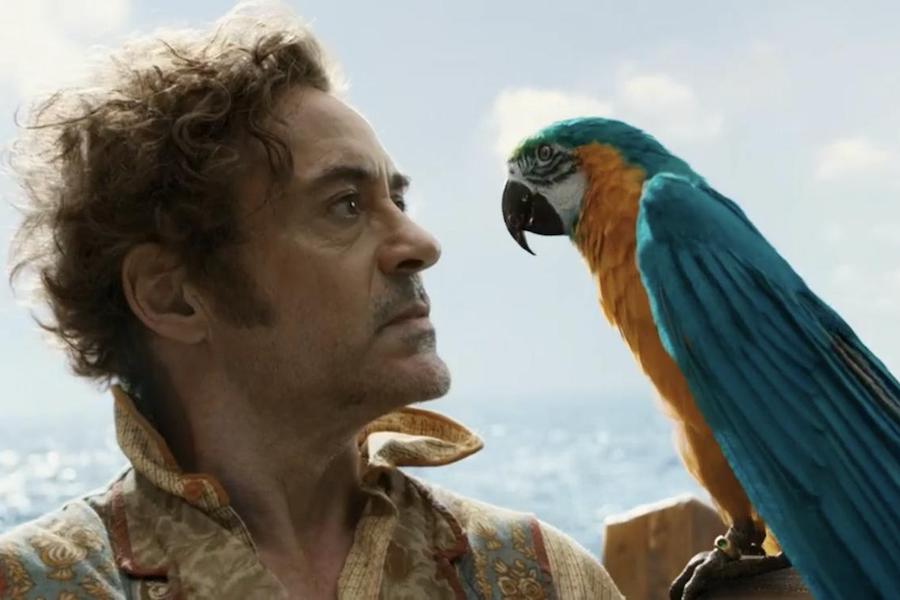 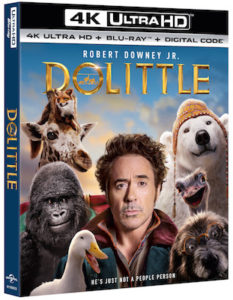 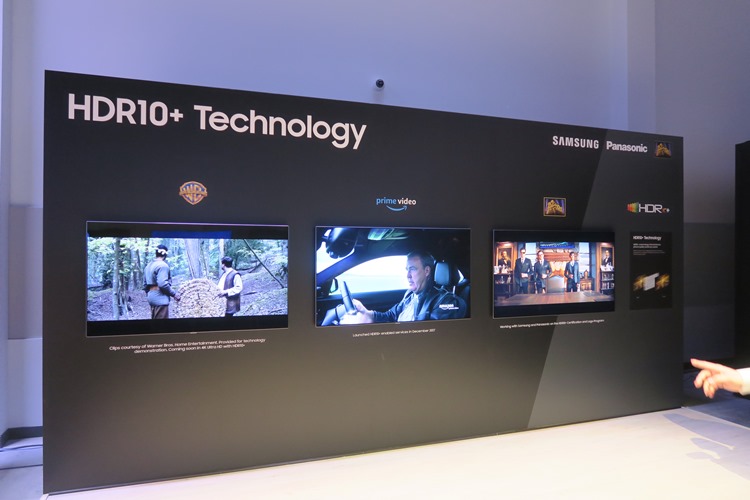 The new HDR10+ technology optimizes picture quality for 4K Ultra HD displays by using dynamic tone mapping to reflect frame to frame or scene to scene variations in brightness, color saturation, and contrast. The resulting enhanced viewing experience can now be easily provided on a wide range of displays bringing the viewing experience much closer to the original creative intent for the content.

The HDR10+ license and logo certification is available to interested companies that meet HDR10+ technical and testing specifications. The HDR10+ certification program qualifies the compliance based on different device categories and their technical performance to ensure that HDR10+ compliant products meet high standards for picture quality.

An on-pack HDR10+ logo signifies a product’s certification. The royalty-free adoption of HDR10+ for content production, distribution and consumption currently has more than 40 supporting companies.

“The new HDR10+ licensing and certification program represents a technological step forward for next generation displays,” said Danny Kaye, EVP of 20th Century Fox Home Entertainment and Managing Director of the Fox Innovation Lab. “HDR10+ improves the viewing experience for all audiences by delivering higher picture quality to a wider range of affordable TVs and devices.”

The HDR10+ platform was also designed to allow for future development and innovation in order to deliver a more powerful technology in the years to come. 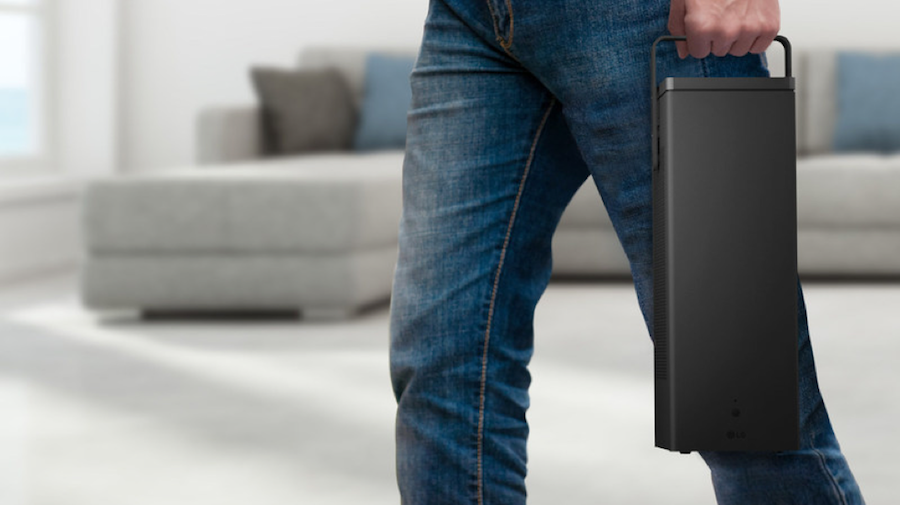