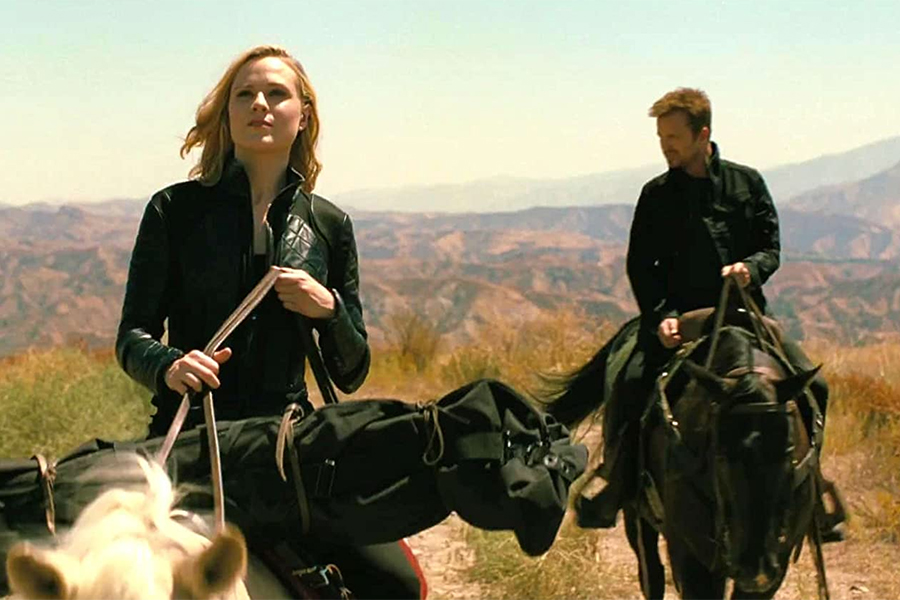 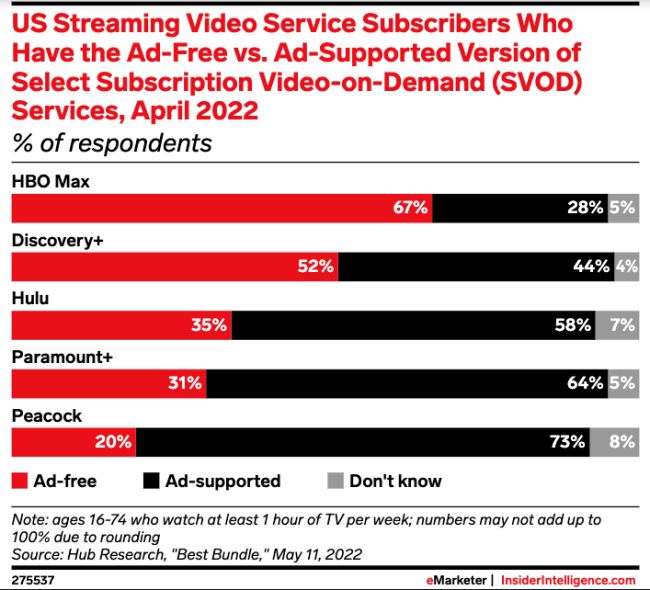 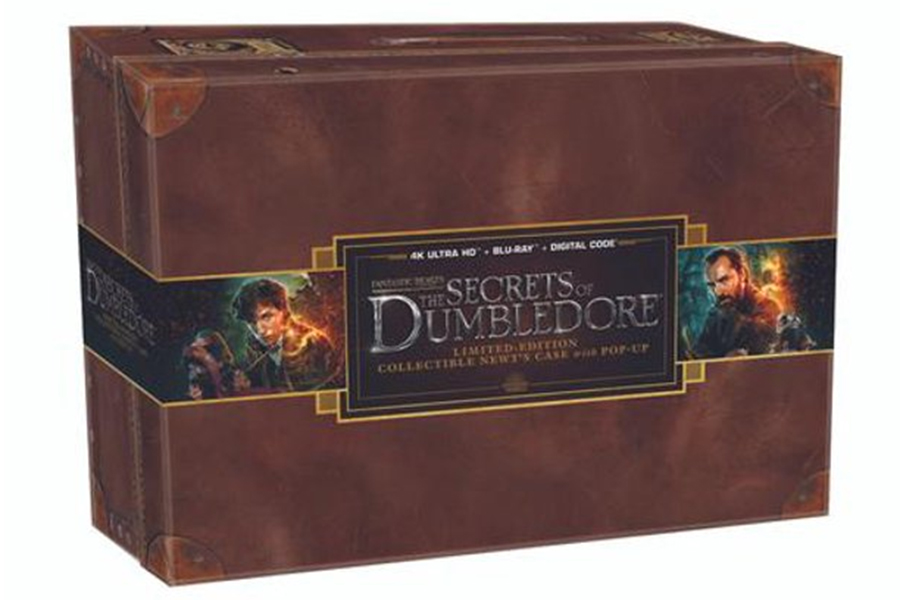 Consumers are most satisfied with HBO Max and Disney+, while Netflix has dropped to fourth place in satisfaction among the top services, according to a Whip Media survey. 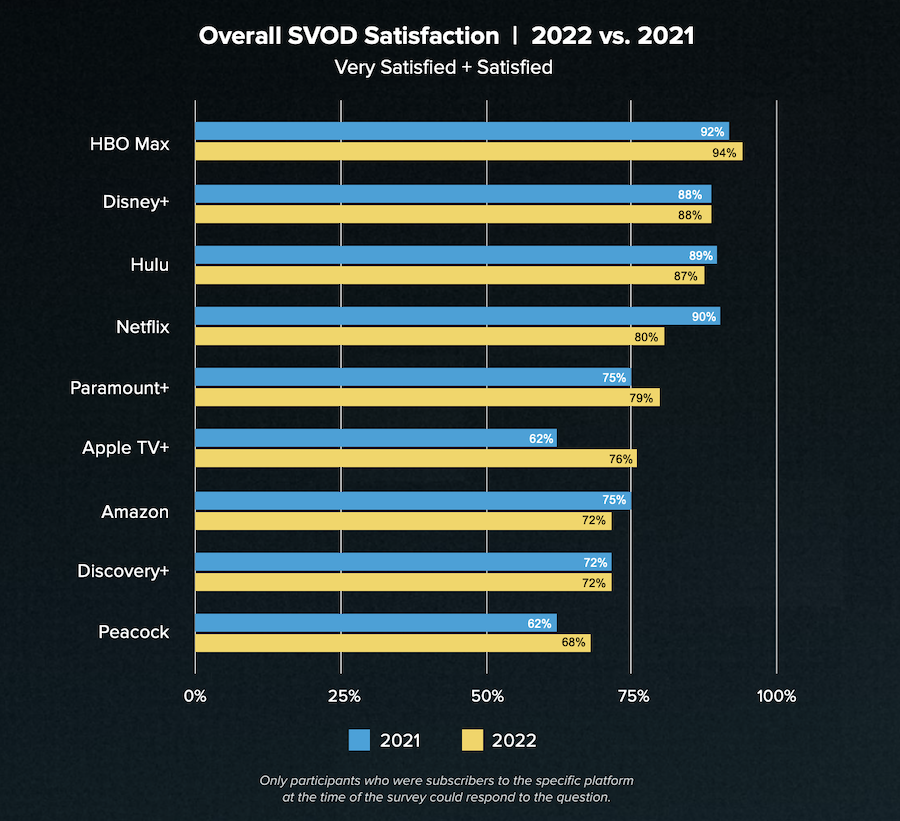 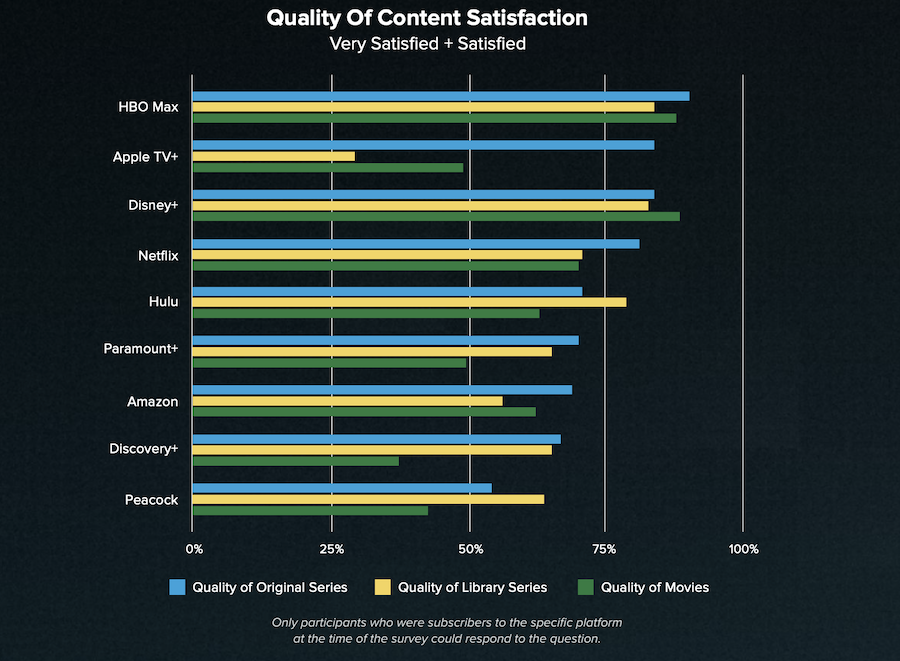 HBO Max and Disney+ were also seen as the best value in streaming as well, when factoring in both content and price for each service, according to the survey. Hulu followed closely behind HBO Max and Disney+ to grab the third-place spot. Netflix came in last, with 61% of respondents saying the service was worth the price. Apple TV+ is competitive on quality, but less so on content variety and quantity.

Among respondents who canceled Netflix, nearly 70% said it was due to its price hikes. 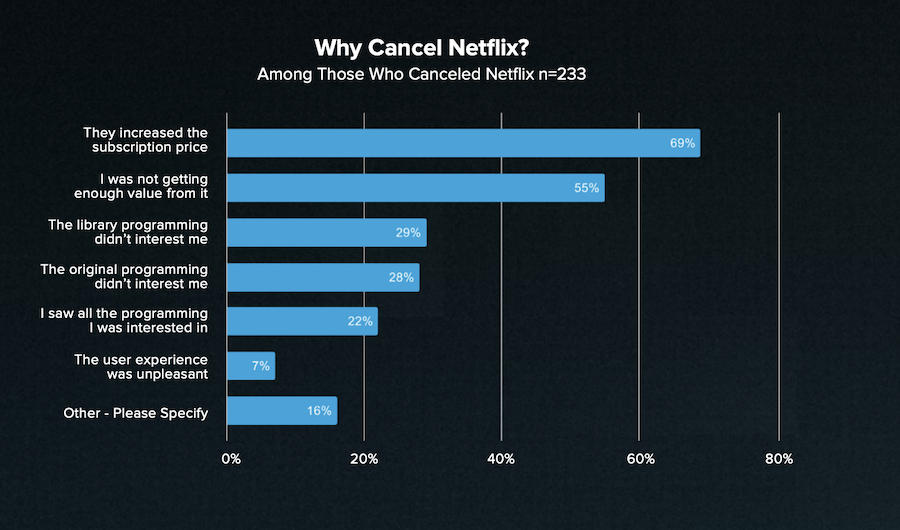 Still, Netflix remains sticky among viewers, perhaps due to its first-mover advantage. Netflix remains the most popular choice for subscribers if they could “only keep one” SVOD service — although the number of respondents who agreed to that statement dropped from 41% to 30% in the last year. Another factor that could be helping Netflix is that respondents said it offers the best SVOD user experience and best program recommendations. 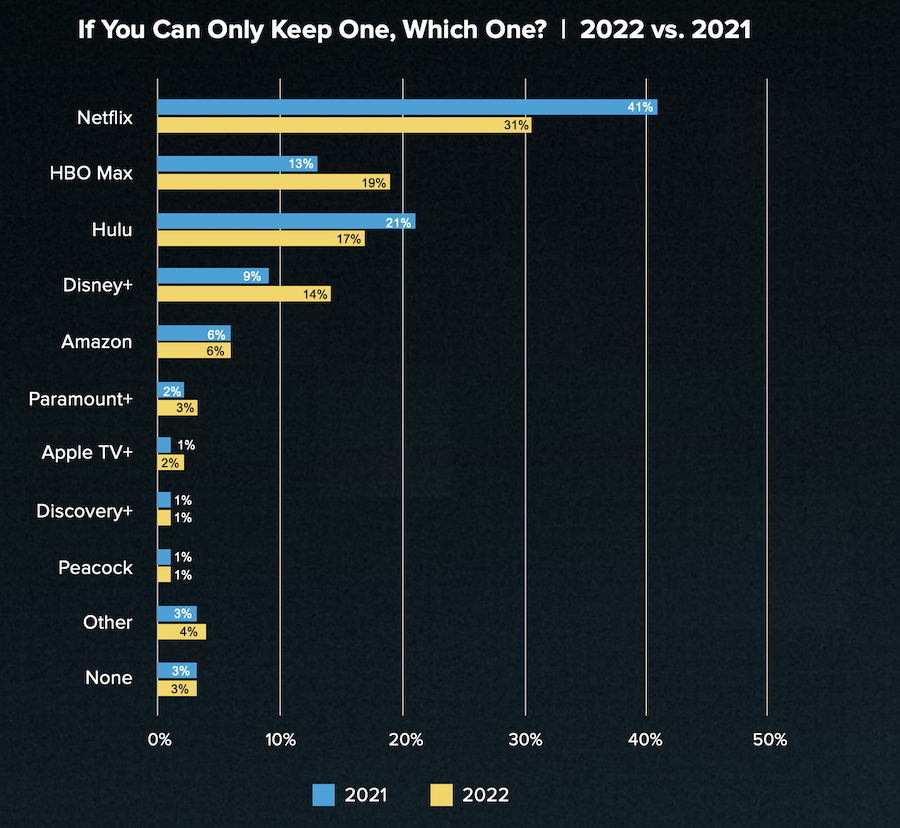 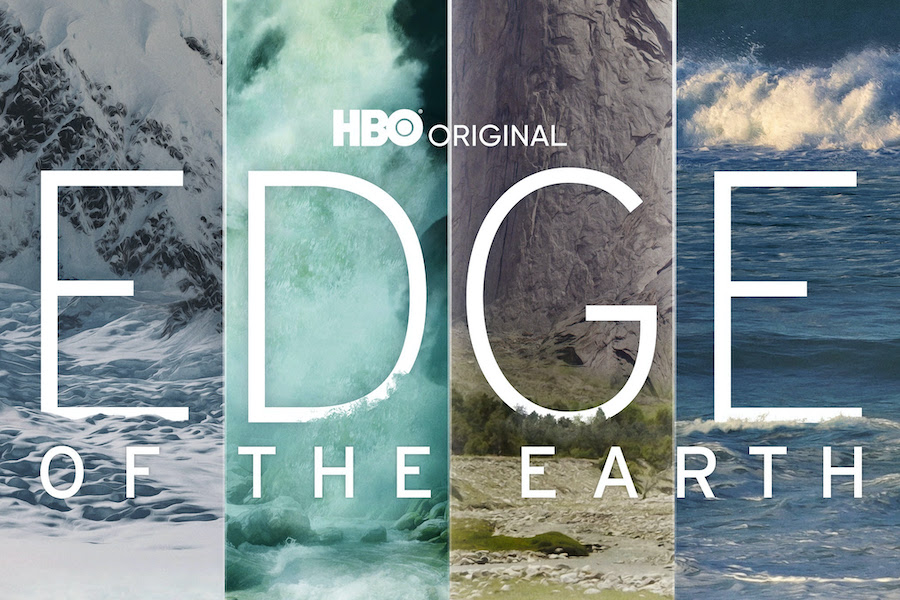 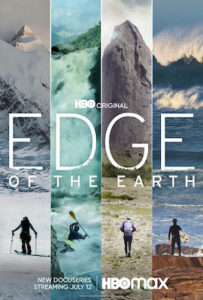 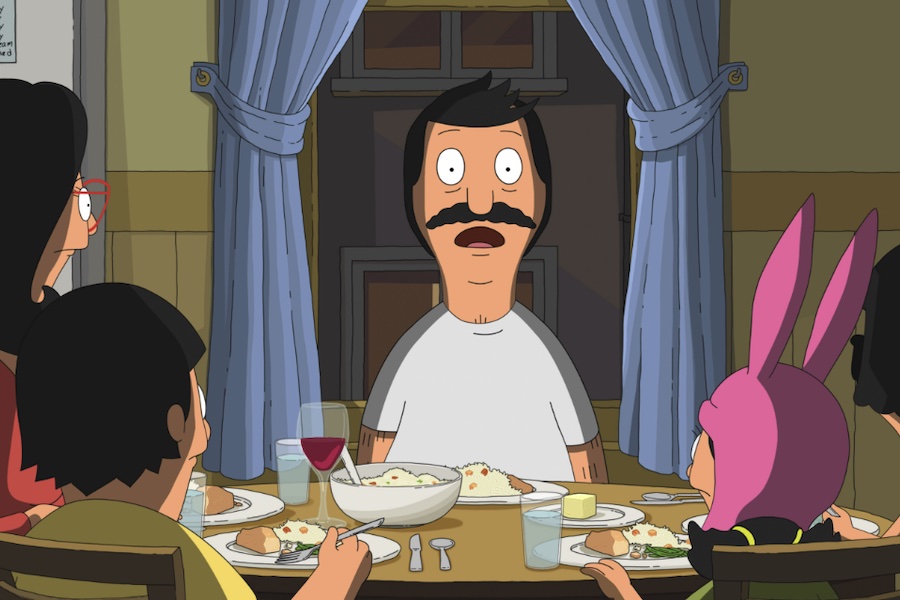 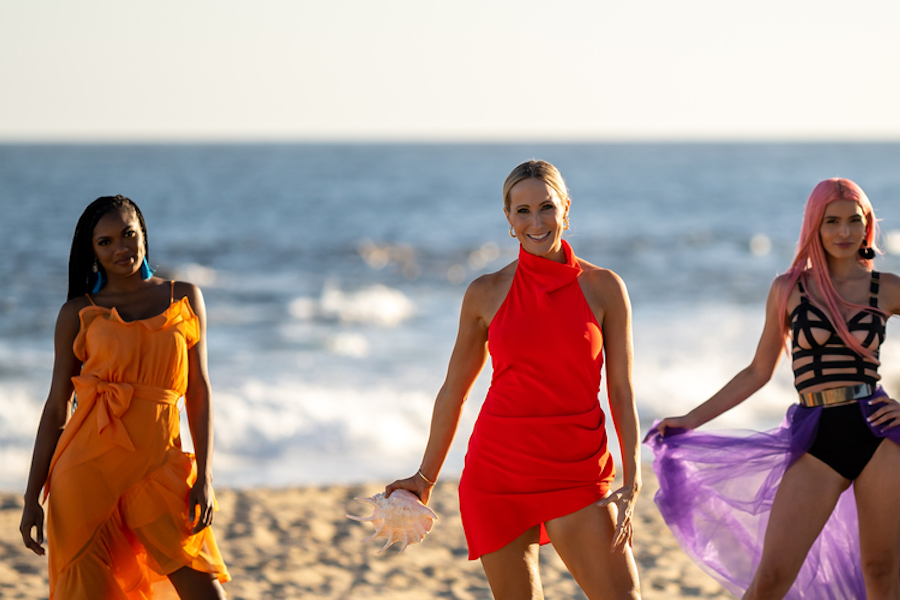 Executive produced and written by Roberto Aguirre-Sacasa (“Riverdale,” “Chilling Adventures of Sabrina”) and co-executive produced and written by Lindsay Calhoon Bring (“Chilling Adventures of Sabrina”), the dark, coming-of-age, horror-tinged drama is set miles away from Rosewood, but within the existing “Pretty Little Liars” universe — in a new town, with a new generation of “Little Liars.”

In the series, 20 years ago, a series of tragic events almost ripped the blue-collar town of Millwood apart. Now, in present day, a disparate group of teen girls — a brand-new set of “Little Liars” — find themselves tormented by an unknown Assailant and made to pay for the secret sin committed by their parents two decades ago, as well as their own. 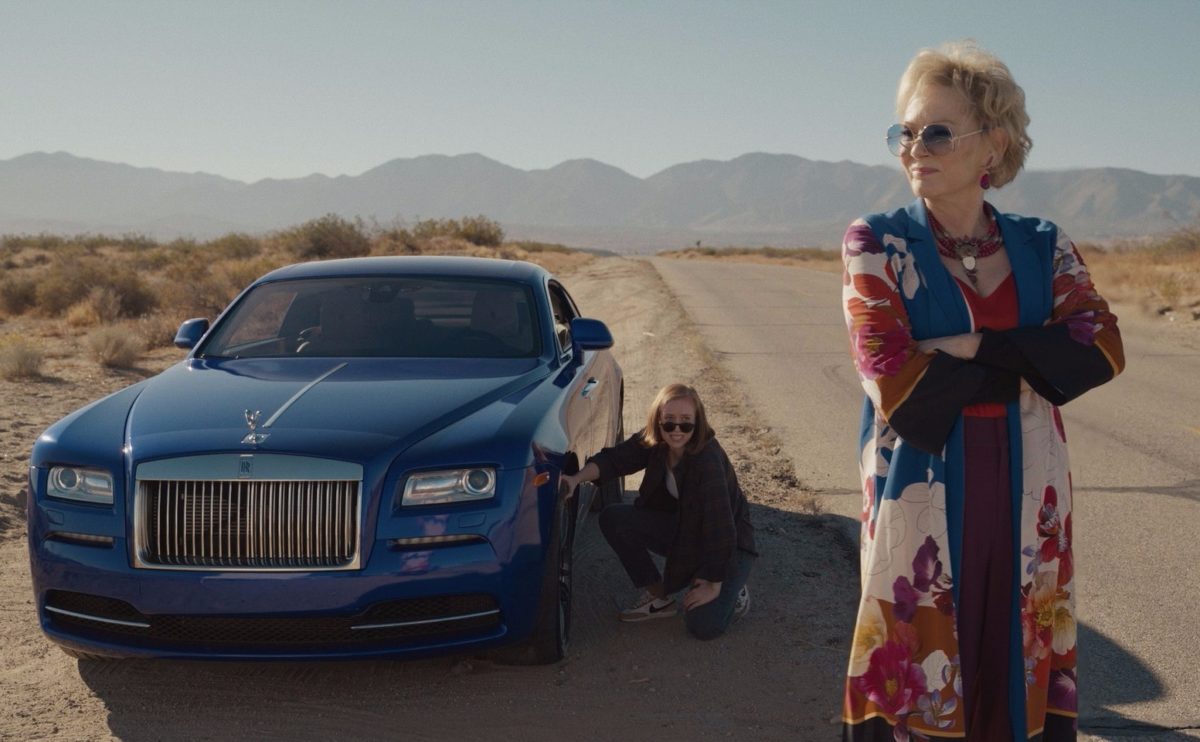 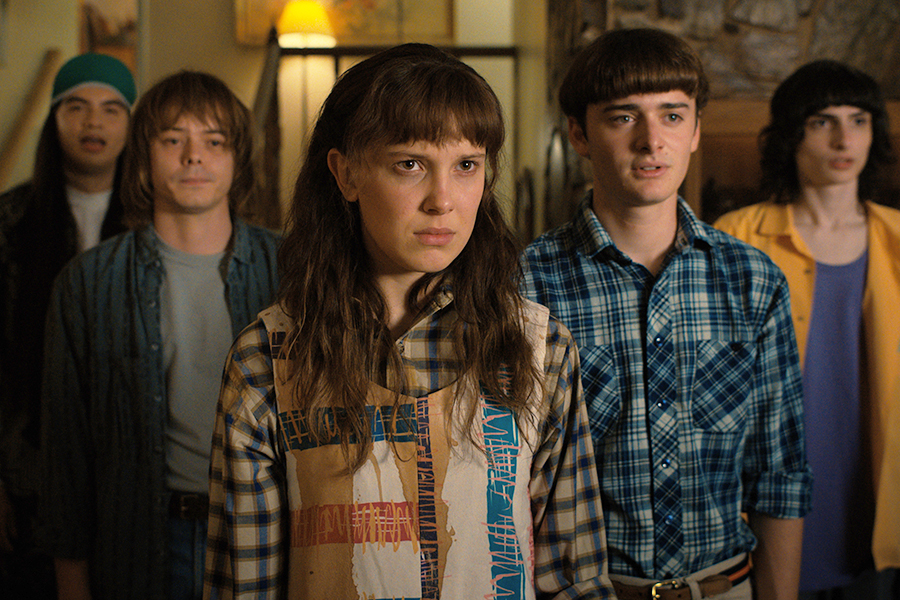 Fantastic Beasts: The Secrets of Dumbledore is the latest installment in the series from J.K. Rowling about adventures in the wizarding world. It started streaming on HBO Max May 30.

Remaining at No. 2 on the streaming originals chart was “Obi-Wan Kenobi,” which started streaming on Disney+ May 27. The series, released in weekly episodes, follows the “Star Wars” Jedi 10 years after his battle with Anakin Skywalker, who becomes Darth Vader.

Landing at No. 3 was “The Boys,” season three of which started streaming on Prime Video June 3. The black comedy series, based on the comics, follows the battle against abusive superheroes.

The original Top Gun, a movie from 1986, came in at No. 2 on the streaming movies chart as a new installment in the series, Top Gun: Maverick, continued to rule theaters. The classic is streaming both on Prime Video and Paramount+.

Rising from No. 4 to No. 3 on the streaming movies chart was Netflix’s Senior Year, which debuted May 13. The comedy stars Rebel Wilson as a cheerleader who lands in a 20-year coma after a stunt gone wrong. Awakened at 37, she’s ready to live out her high school dream of becoming prom queen.