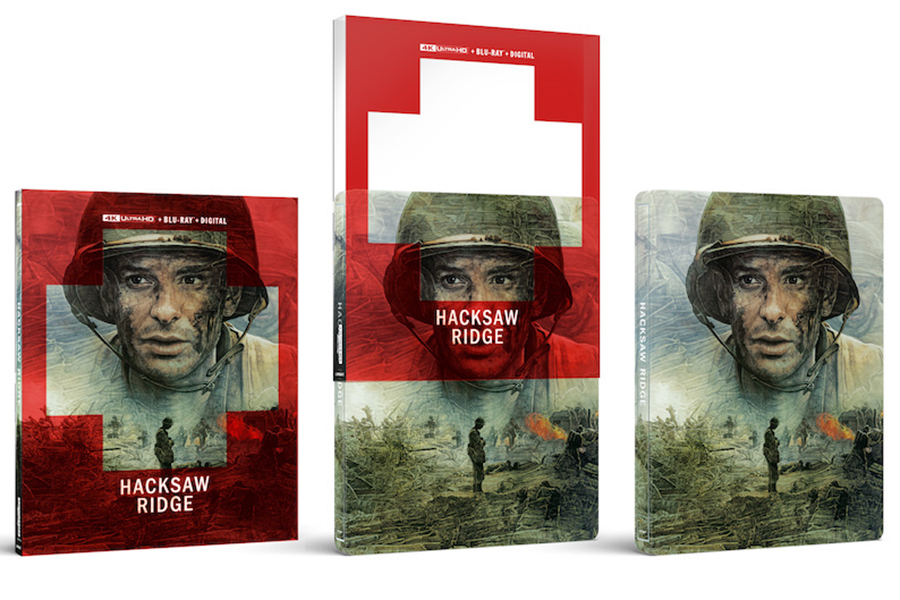 The repackaging of Lionsgate’s 2016 war drama is offered at $19.99. The box art features all-new artwork of star Andrew Garfield by artist Krzysztof Domaradzki, and comes with a removable red cross slipcover, tying into his character being an army medic during World War II.

Based on a true story, Hacksaw Ridge was directed by Mel Gibson, with Garfield playing Desmond Doss, a pacifist who declined the option of carrying a weapon on the front lines during his combat tour, but nonetheless saved 75 men during the bloodiest battle of the war in Okinawa. For single-handedly evacuating the wounded from behind enemy lines, Doss was the first conscientious objector to ever earn the Congressional Medal of Honor.