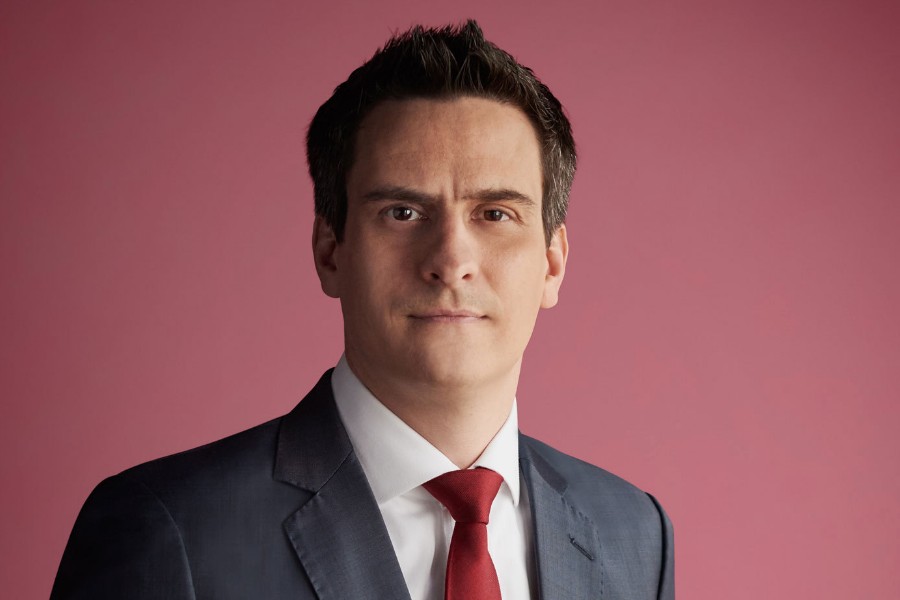 As metaphors go, comparing the upstart Warner Bros. Discovery media giant to a Boeing 747 passenger plane flying on one engine, rather than four, might seem like a catastrophe in the making.

But to Gunnar Wiedenfels, former CFO of Discovery, whose expanded post-WarnerMedia acquisition duties now include connecting the fiscal dots between Warner Bros., HBO, Turner, CNN and Discovery, the analogy is not about disaster. It’s all about opportunity.

The German-born Wiedenfels used the comparison often Sept. 8 as a featured speaker at the Bank of America Securities 2022 Media, Communications & Entertainment Conference.

“So, there’s a lot of opportunity. It’s exciting to see people step up and really own that opportunity and running [WBD] as one company,” he said. “I almost view this as a Boeing 747 flying on one engine. And we’re firing up the other three. There’s so much opportunity. It doesn’t happen overnight.”

Wiedenfels, who has a Ph.D. in business informatics, has been tasked with helping implement what his boss, Discovery CEO David Zaslav, contends is a new macroeconomic approach to Hollywood and entertainment distribution. Since consummating Discovery’s $43 billion operational control deal for WarnerMedia from AT&T in April, Zaslav has reportedly engaged himself in a months-long “listening tour” of Tinseltown.

“We, like very few other players, have the best ability to get the best return on every dollar of content spend, because we have control of the complete exploitation chain across all of these [distribution] windows,” Wiedenfels said. “We have a ton of content that has been sitting idly … and we’re firing this up with excitement across the organization.”

“‘The Lord of the Rings’ is a great example. It’s a non-exclusive window. It’s makes perfect sense to get that additional monetization for the content,” Wiedenfels said, adding the current strategy surrounding Warner’s Elvis biopic is another “good example” regarding diversity in distribution.

The CFO hailed Warner’s internal management teams for coming together to articulate different distribution windows for the movie with the best interest of WBD in mind.

“There was no ego, no religious belief about the value of one platform over the other,” he said. “It’s still in theaters way, way longer than we originally promised, with a successful home entertainment window following after that. It’s now starting to contribute on the HBO Max platform.

“Look, there’s a healthy debate [on windows], but we look at the data, we look at the facts and disagree on some of the assumptions, but the [fiscal projections] for the film have been coming up and up.”

“I don’t think it is so unusual [to cancel content],” he said. “We are a creative industry. And one of the elements of creativity is that there is judgment and differences in the views on what the potential of a certain piece of IP might be.”

“There’s a lot of press out there. I guess media likes to talk about media. That’s the way these things go when a new team takes over,” he said. “The bigger picture, from a forward-looking perspective, is the strategic shift we have made, and Zaslav’s belief in the theatrical window. It’s the belief in leveraging all of these various exploitation windows to use our unique position to monetize all of our content as much as possible — as opposed to producing all these feature films for just one streaming window.”

When asked whether the distribution changes are more about Zaslav’s very public mandate to cut $3 billion in costs within the first year of the merger, or changes in management, Wiedenfels took the middle road.

“Look, money is money. I would label it better business management. It certainly helps contribute to the bottom line,” he said.

Despite the high-profile content decisions with the DC brand, Wiedenfels reiterated Zaslav’s desire to up the focus on DC superheroes as Disney has done with Marvel Comics.

“DC Comics stands out and there’s a lot in flight with a number of films that are slated for next year and in 2024,” he said. “And David is still looking for someone to lead that specifically. The Wizarding World, ;Harry Potter,; is obviously a [another] huge potential, if we can get it right. There’s a video game coming out at the end of the year.” 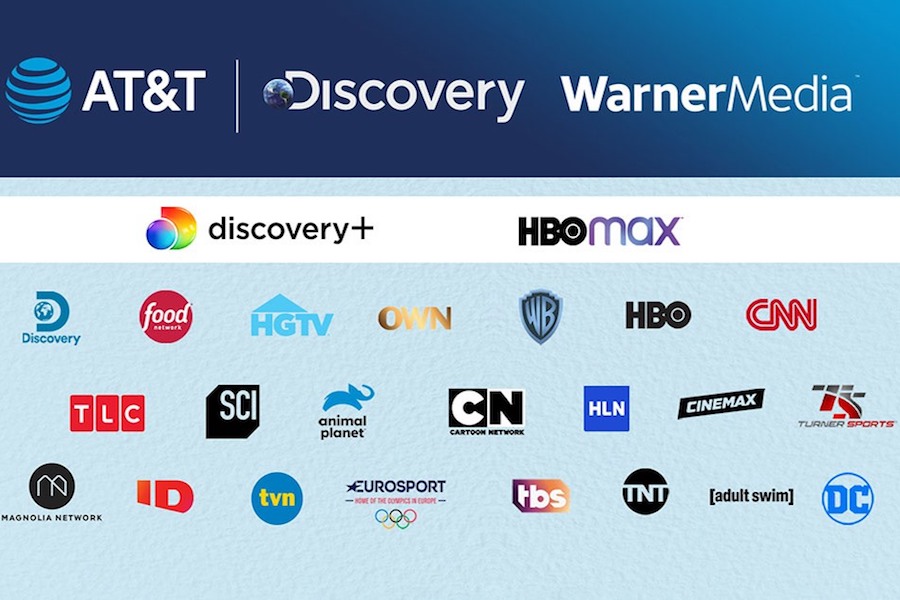 With the merger set to be completed in the second quarter of this year, Wiedenfels said the goal was to meld the two platforms with a combined paid subscriber base of around 100 million into one service. In the meantime, the services would likely be bundled as management figures out the best way to make the combination happen.

“One of the most important items here is that we believe in a combined product as opposed to a bundle,” Wiedenfels said. “The question is, in order to get to that point and do it in a way that’s actually a great user experience for our subscribers, that’s going to take some time. Again, that’s nothing that’s going to happen in weeks — hopefully not in years, but in several months — and we will start working on an interim solution in the meantime.”

Wiedenfels, who will transition to CFO of the new company, joins Discovery CEO David Zaslav, who will oversee Warner Bros. Discovery operations. Current WarnerMedia CEO Jason Kilar is expected to transition out of the company.

Wiedenfels contends Discovery+, which costs $4.99 per month with ads, $6.99 without ads, and HBO Max, which cost $9.99 with ads, $14.99 without ads, would initially offer a single sign-in for subscribers with each service offering select content on the other’s platform. He did not disclose any new pricing for the combined services. 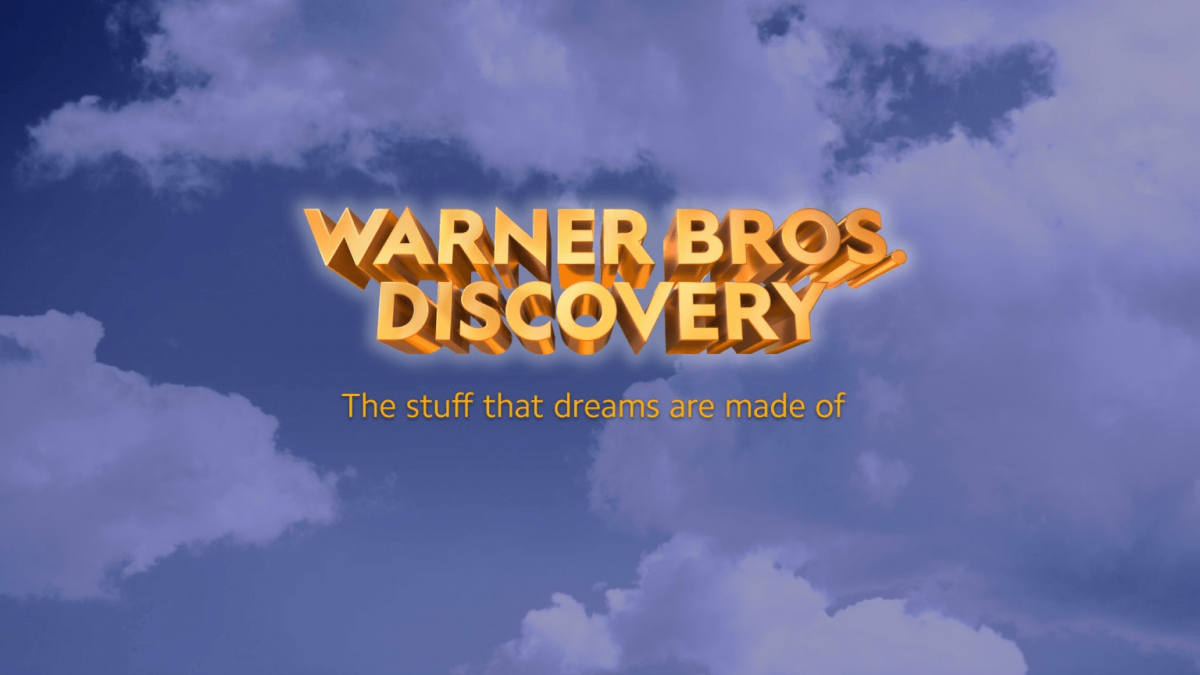 The pending $43 billion merger between Discovery and WarnerMedia is set to create a new company called Warner Bros. Discovery. How that combination will affect each company’s branded SVOD platform remains “the $64,000 question,” one Discovery CFO Gunnar Wiedenfels shed little new light on.

Speaking Sept. 13 at the virtual Banc of America Securities 2021 Media, Communications & Entertainment Conference, Wiedenfels reiterated that the combined companies would realize $3 billion in synergies, including merging backend technologies driving the respective direct-to-consumer platforms, in addition to increasing average-revenue-per-subscriber, or ARPU.

“I have no doubt we are creating one of the content powerhouses in the world,” Wiedenfels said. “As a consumer, I can’t wait to access to that kind of a content portfolio.”

Whether that translates into a combined streaming service or co-bundled combo, and at what price points, Wiedenfels wouldn’t address. He said both companies spent much of the summer ironing out details, including complementary content portfolios, and have “pretty much” a plan in place with a few “tweaks here and there” that he said would remain under wraps until the merger passes regulatory approval.

“I think [Discovery CEO] David [Zaslav] and the team have a pretty clear view,” he said. “Their whole strategy will be guided by what the consumer wants. I think we have our ducks aligned here. I’m really looking forward to coming out with more [details] as we go along.”

When asked about ad-supported options for Max and Discovery+, Wiedenfels said senior management would look “very hard” at the concept, adding that he believes Discovery and Max’s content alone justify a monthly subscription.

“That’s going to continue to be the priority,” he said.

The CFO admitted that an ad-based less expensive option of Discovery+ actually generates higher ARPU than the ad-free SVOD, adding that so-called “ad-lite” SVOD versions are being considered for rollout in Europe.

“It continues to be a focus area for us,” he said. “It’s something that’s going to be in the mix going forward. Whether at some point there may be an AVOD-only, subscription-free product, that remains to be seen. But it’s not a priority.” 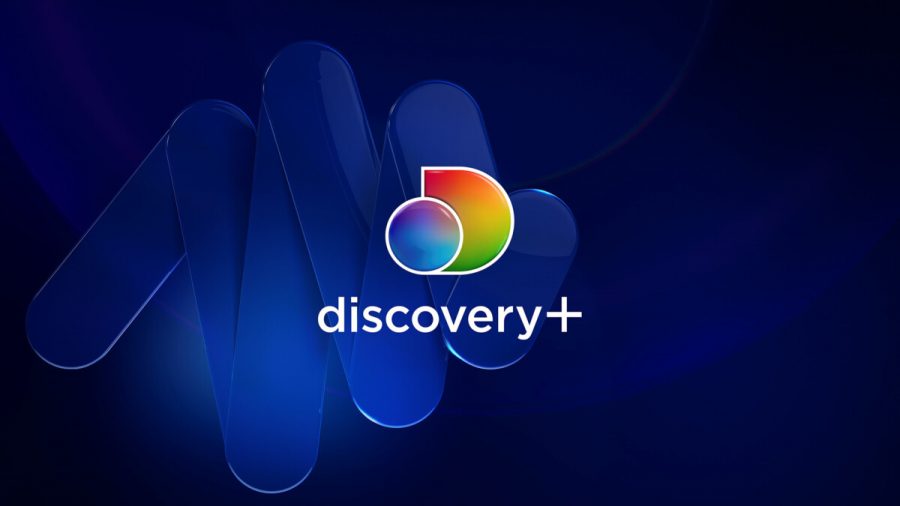 Speaking March 8 on the virtual Deutsche Bank’s Media, Internet & Telecom Conference, CFO Gunnar Wiedenfels said the SVOD has performed as expected in the U.S., with plans to launch abroad ongoing.

“It’s early days, but everything we’ve seen so far has just been super encouraging,” Wiedenfels said. “Top to bottom there’s not one metric that’s disappointing. The engagement metrics are looking very strong. We’re making more money on our direct-to-consumer subs two months here out of the gate and we have significant growth potential, and I think pricing potential.”

Indeed, the CFO said subscribers have watched an impressive 93% of the platform’s 55,000-episode content offering.

“It’s all super encouraging,” Wiedenfels said, adding that more than 100 advertising brands are on the platform — a tally that is expected to double in a couple months. “We’re already seeing beyond what we saw in the linear TV world in terms of viewer time and our subscriber base.”

Notably, the bulk of Discovery+ subs are enrolled in the ad-free tier — largely due to the Verizon marketing tie-in that mandates the more -expensive pricing option following a 12-month trial period.

Rollout of the platform internationally includes partnerships with Sky in the U.K., Vodafone, Saudi Telecom, etc. These deals are expected to materialize in the second quarter over a 12-month period, according to Wiedenfels.

“The Olympics [Tokyo Summer and Beijing Winter] should be one the key drivers for the international rollout this year,” he said. “We’ll see the order of magnitude, but we’re very excited about it.”

International streaming expansion has already been started by Discovery’s former Dplay video-on-demand platform that has been transformed into Discovery+. The media giant operated Dplay in Italy, Japan, Netherlands, Nordic countries and Spain.

The CFO said rollout of the service would take longer due to individual country challenges, including timelines and existing distribution deals. Wiedenfels doesn’t think there will be a drop in linear carriage agreements with the advent of streaming video.

“We should be able to find win-win common ground in partnerships,” he said. “We have to acknowledge that the landscape is changing. These discussions are now one notch more complicated than they used to be [due to streaming]. I feel very good about and our [linear] partners are very excited.”