Netflix ended 2021 the same way it ended 2020: No. 1 across most industry metrics. The company’s shares are trading up almost 15% from the end of 2020 at more than $600 per share. But bottom-line results don’t necessarily translate to a significant increase in personal wealth for Netflix senior executives already accustomed to the 1% income bracket.

Netflix co-CEOs Reed Hastings and Ted Sarandos will realize $34.6 million and $40 million, respectively, in total compensation for the fiscal 2022 year, according to a Dec. 21 regulatory filing. The compensation largely mirrors the executives’ 2020 compensation of $34.6 million each.

Hastings, who co-founded Netflix with Marc Randolph, will receive $650,000 in base salary (which Netflix pays payroll tax on), and $34 million in stock-based compensation (which Netflix does not pay taxes). Sarandos will get a base salary of $20 million, which is identical to his base salary in 2021.

CFO Spencer Neumann will split $7 million in base pay along with an additional $7 million in stock-based compensation. That compares with $6 million and $5.5 million, respectively, in 2021.

Greg Peters, chief operating officer and chief product officer, will see his base pay soar to $16 million from $12 million, while stock-based compensation increases to $8 million from $6.9 million. 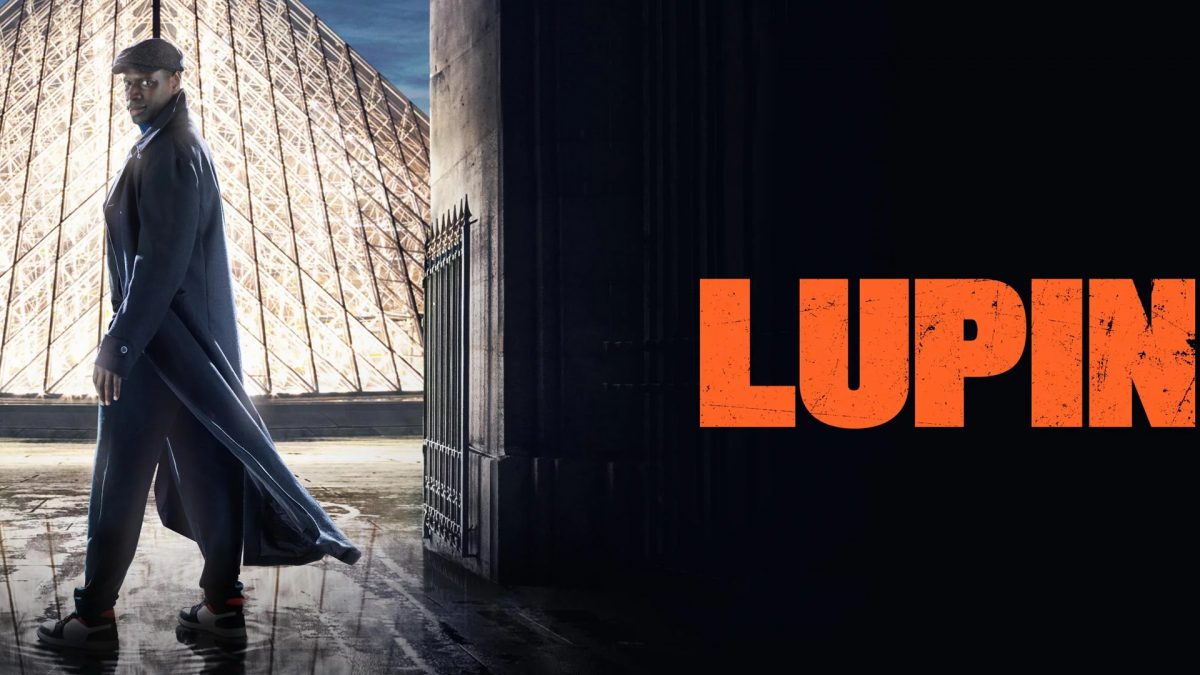 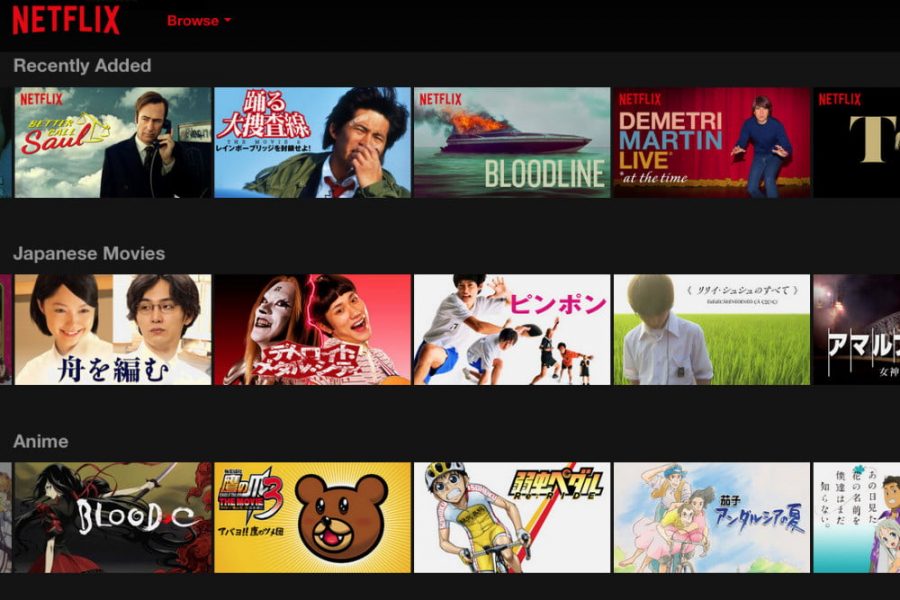 Netflix is reportedly planning to raise the basic subscription fee in Japan by as much as 13%, following a trend that has seen the SVOD behemoth raise monthly prices in the United States, Canada and the United Kingdom. Japan’s Nikkei 225 Stock Average disclosed the news, which helped send Netflix shares up more than 2% in midday trading.

Netflix launched service in Japan — then the world’s No. 2 home entertainment market — six years ago in 2015, largely through the efforts of Greg Peters, current COO/chief product officer, who back then was GM of Netflix Japan.

“We feel like there is that opportunity to occasionally go back and ask. for members where we’ve delivered that extra value in those countries to pay a little more,” Peters said.

Netflix added 1.99 million subs in the Asia Pacific region in the most-recent fiscal period (ended Dec. 31, 2020). The region totaled 25.5 million subs, including more than 3 million in Japan. The region is Netflix’s third-lowest generating revenue per subscriber at $9.32, ahead of Latin America at $7.12 per sub. The North American region leads Netflix with $13.51 in monthly revenue per sub.

“With its rich culture and celebrated creative traditions, Japan is a critical component of our plan to connect people around the world to stories they love,” co-founder/co-CEO Reed Hastings said in 2015 at the Japan launch.

Netflix is planning to expand worldwide a test feature that allows subscribers to simply click a button and let the streamer pick programming to watch. Tested in France and other markets, the “Shuffle Play” feature acts as an old-school TV channel broadcasting shows on a loop.

Greg Peters, COO and chief product officer, said that as Netflix subs come to the service seeking to be entertained in a whole variety of ways, deciding what movie or TV show to stream can be daunting.

“Sometimes … [subs are] not really sure what they want to watch,” Peters said. “And so we’ve had the opportunity to try and be innovative and try new mechanisms to sort of help our members in that particular state.”

“That’s a great mechanism that’s worked quite well for members in that situation,” he said.

Joining Peters on Netflix’s Jan. 19 fiscal webcast, co-founder/co-CEO Reed Hastings asked Peters if the feature was going to be called, “I’m feeling lucky,” or if he was going to come up with something better.

“We’re going to come up with something better than that, so standby for this,” he responded. “You’ll see it when it rolls out.”

Don’t expect to see Netflix co-founder Reed Hastings exit the subscription streaming video service until 2030, according to comments the new co-CEO made on the July 16 pre-recorded earnings webcast.

With Netflix announcing that longtime executive Ted Sarandos would share the CEO position while retaining his chief content officer title, scuttlebutt suggested Hastings had one foot out the door.

With a net worth of $5.5 billion and proactive interests in public education and social causes, there isn’t much reason for the 59-year-old Hastings to continue overseeing day-to-day operations of the by-mail DVD rental service-turned-SVOD behemoth he co-launched with software executive Marc Randolph in 1997.

But that’s precisely what Hastings intends to do, working full-time alongside Sarandos for the next 10 years.

“Let me be really clear on that: I’m in for a decade,” he said on the webcast. “As co-CEO, it’s two of us full-time, it’s not like a part-time deal. It’s definitely broadening the management team. It will be great to have some help as we expand and grow.”

Hastings said he see no changes how Netflix is run over the next few years, having worked with both Sarandos and Greg Peters for years. Peters, who was elevated to COO and speaks five languages, helped launch Netflix Japan in 2015.

Sarandos said he has worked together with Hastings for more than 20 years — a relationship he doesn’t see changing with his promotion and co-title.

“[Reed has] been an unbelievable role model, a source of inspiration for me,” Sarandos said. “We’ve navigated some of the toughest decisions the company has made over those years, from mailing DVDs all over the U.S., to [streaming video] all over the world.”

“It’s incredible the expansion Ted’s pulled off over the past five years,” Hastings said. “Think of [the next 10 years as] more consistent with the past than different [going forward]. The beautiful thing … is we’ve got a great model. We’ve just got to make it better.” 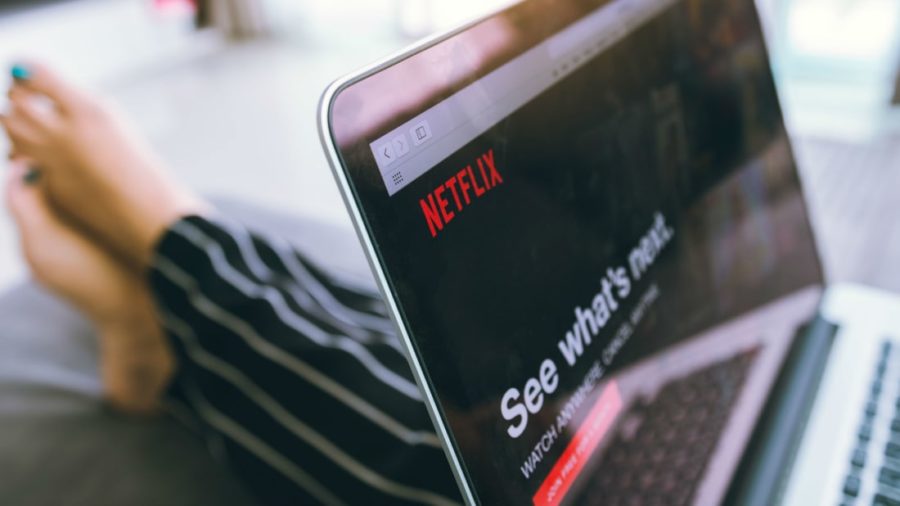 Netflix has traditionally turned a blind eye to subscribers sharing their account with multiple friends — citing the practice as cheap marketing.

Now with Disney and Apple launching competing SVOD services next month, and subscriber growth slowing, Netflix is quietly looking to stop the practice that reportedly costs the SVOD behemoth millions in lost revenue per month.

While Netflix has always limited how many users can stream content simultaneously, multiple users can still use one $8.99 monthly basic account by creating differing user profiles and sharing passwords when accessing at a different location.

The standard $12.99 plan allows users to stream on two screens at the same time, while the $15.99 premium plan enables the use of four screens simultaneously.

Magid Research found that about 10% of Netflix users globally do not pay for the service, which accounts for almost 16 million people, or about $144 million in lost monthly revenue.

On the company’s recent fiscal call, Greg Peters, chief product officer, said the service was aware of the issue and considering steps to curb abuse.

“We continue to monitor [password sharing],” Peters said. “We’ll continue to look at the situation, and we’ll see those consumer-friendly ways to push on the edge of that, but we’ve got no big plans at this point in time in terms of doing something different there.” 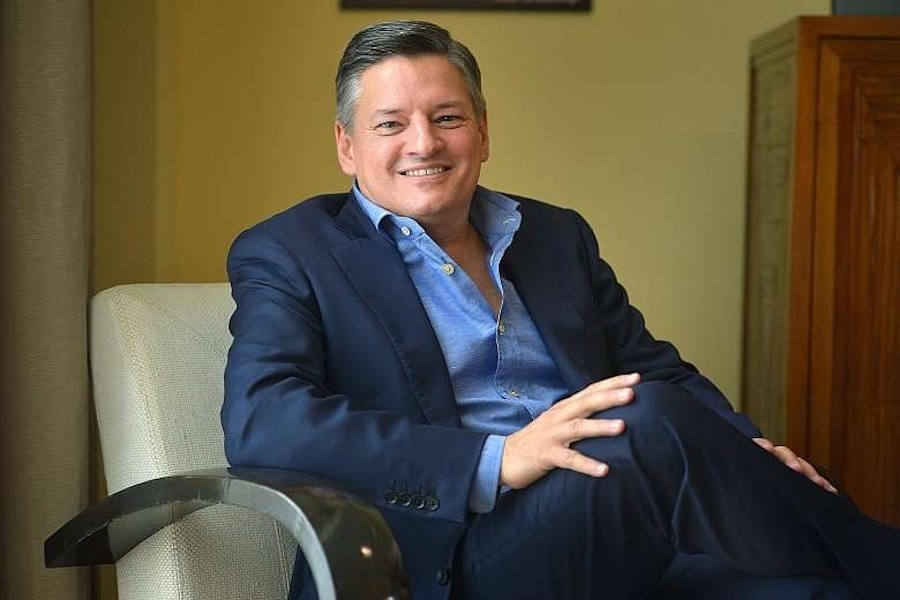 In the coming year, Chief content officer Ted Sarandos will get the top salary — $18 million — and CEO and chairman of the board Reed Hastings will garner the most stock options — 30.8 million, Netflix announced in an SEC filing on its executive compensation.

Hasting’s salary is a mere $700,000 (the same as in 2018), as the executive is taking most of his compensation in stock options. Sarandos will pick up 13.5 million stock options. In the end, Hastings and Sarandos should make about the same in salary and options.

Still, Sarandos’ salary jumped considerably. His salary for 2018 was $12 million with 14.25 million options.

Among the other executives, CFO David Wells and general counsel and secretary David Hyman will each earn $3.5 million in salary (roughly a $1 million raise for both from 2018). Wells garners 2.8 million options, with Hyman getting 3.85 million.