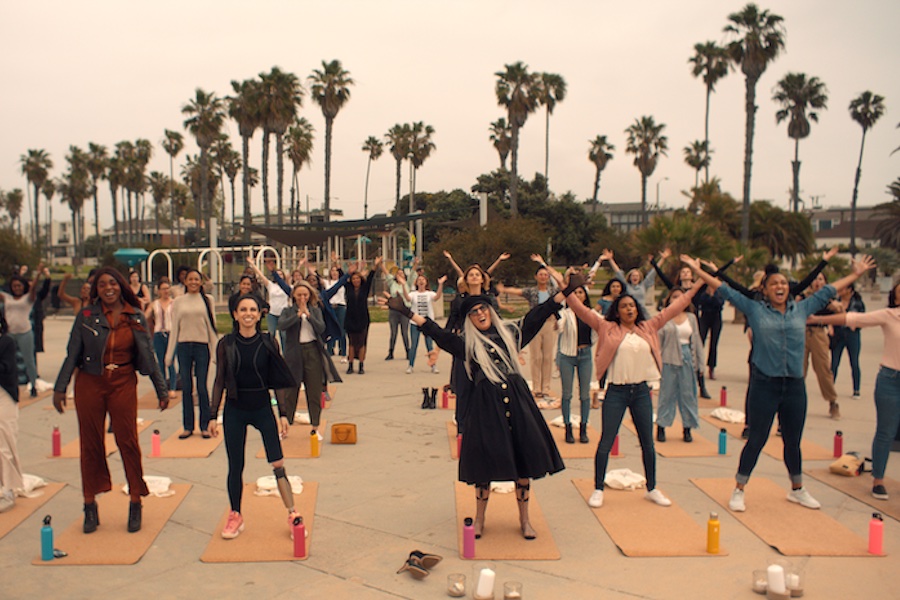 Gravitas Ventures has launched a new theatrical release label, Gravitas Premiere. The first release under the shingle will be the comedy Mack & Rita, starring Diane Keaton, which will debut theatrically in North America Aug. 12.

Streaming service Hulu is a Pay-1 U.S. partner on the film, and Hulu subscribers will be able to stream Mack & Rita beginning Dec. 20.

Gravitas Premiere will acquire four to six cast-driven, high production value films per year and release them wide theatrically with significant P&A support, according to the company.

In Mack & Rita, Mackenzie Martin (Elizabeth Lail) is tired of doing all the things she has to do to keep up and get ahead in her 30s. Since she was a little girl, Mack’s deepest wish is to be just like her Grammie: comfortable in her own skin, great at saying “no,” and largely unburdened by what others think of her. While at her best friend’s bachelorette party in Palm Springs, Mack stumbles into a sound bath regression pod and emerges a 70-year-old woman. Now transformed as “Aunt Rita” (Keaton), Mack thinks she will finally find self-acceptance, but quickly learns the reality of skipping to old age isn’t quite what she imagined.

“We are delighted to launch Gravitas Premiere with the acquisition of Mack & Rita, which solidifies our commitment to championing the cinematic in-theater experience,” said Nolan Gallagher, Gravitas Ventures founder and CEO. “People love going to the movies and this film is an excitingly fresh and insightful comedy that needs to be experienced on the big screen. Mack & Rita is the type of high-quality, independently-produced story we are seeking to acquire through Gravitas Premiere, and we look forward to collaborating with our exhibition partners in bringing the film to theaters wide across North America.”

“We’re so thrilled to be working on Mack & Rita with the incredible team at Gravitas Ventures as they launch their new label, Gravitas Premiere. Their support and collaborative spirit, as well as their commitment to a wide theatrical release, are a dream for us as filmmakers,” said Mack & Rita director Katie Aselton and producer Alex Saks.