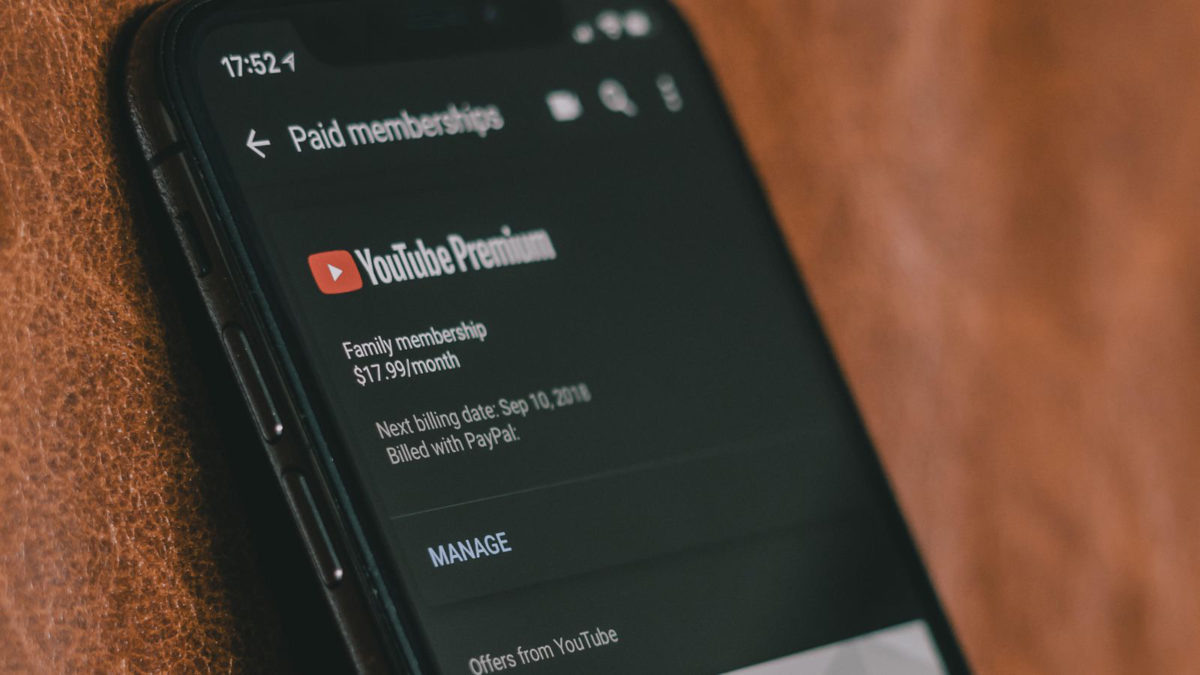 To address rising competition in the advertising market, IHS Markit claims Google-owned YouTube is diversifying its business model by rebranding and expanding its YouTube Premium subscription service and other measures to raise revenue.

Content monetization methods outside of advertising will help to deliver higher revenue to content producers, keeping them loyal to the platform and by extension, their audiences, according to IHS. Examples include paid individual channel subscriptions, an integrated merchandise store and the recently expanded and rebranded YouTube Premium subscription.

YouTube’s competition is increasingly coming from specialist platforms, such as Twitch and Instagram. Apple iTunes is also drawing from the population of music-video viewers who have traditionally helped differentiate YouTube from its ad-supported competitors.

The current markets for YouTube Premium, excluding the music-only tier, are expected to generate revenue of nearly $2 billion in 2022.

“To date, online video advertising growth has been fueled by the movement of advertising budgets, particularly from traditional TV – a rising tide that has lifted all the major platforms,” said Dan Cryan, executive director of digital media, IHS Markit. “At some point, this budget migration will slow, however, and the battle for audiences will be intensified as a battle for ad spending.”

Revenue generated by YouTube Premium in 2022 equates to 7% of the $27 billion the company is expected to make worldwide from advertising. Nearly three-quarters (73%) of YouTube Premium subscription revenue will come from the United States, followed by Europe (13%), Asia-Pacific (6%), and Mexico and Canada (9%).

“The YouTube Premium subscription leans into its position as a music platform, to drive uptake and expand its offer,” said Max Signorelli, home entertainment research analyst for IHS Markit, “a well justified move considering the exceptional growth of Spotify and Apple Music subscriptions, which between them gained 3.5 million subscribers per month in the first quarter of this year.” 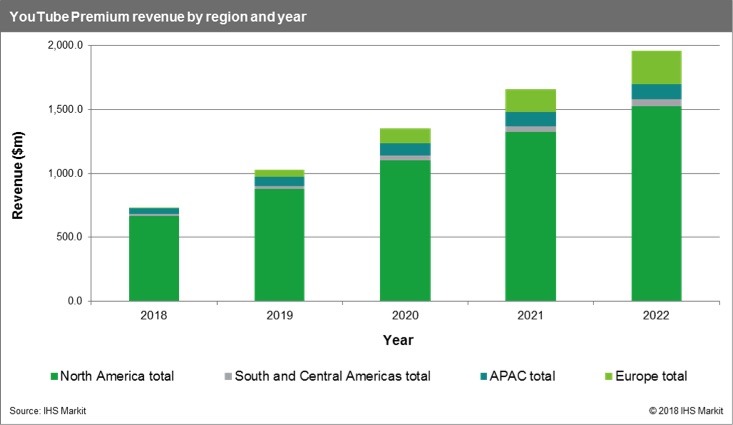