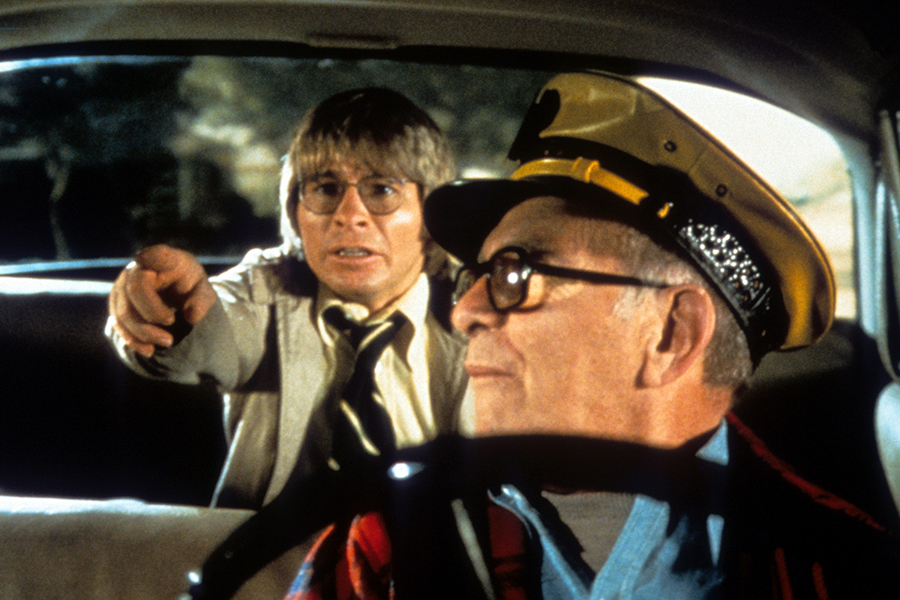 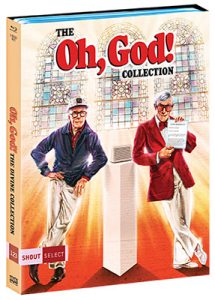 Burns plays God in the trilogy. In 1977’s Oh, God!, he comes to Earth to spread the Good Word, but has a hard time convincing his chosen messenger, mild-mannered Jerry Landers (John Denver), who He really is. Jerry must in turn prove it to his disbelieving family as well as the rest of the world.

God returns to Earth in 1980’s Oh, God! Book II, this time spreading His Word through an enchanting little girl named Tracy Richards (Louanne Sirota), who comes up with a slogan to assure all that He still cares.

In 1984’s Oh, God! You Devil, Burns also plays the Devil himself. Struggling musician Billy Shelton (Ted Wass) unknowingly sells his soul for a life-changing transformation into a superstar rock idol. But when Billy prays for his old life back, the fight for his soul will be settled in a high-stakes showdown between the Almighty Father and the Prince of Darkness.

Oh, God! You Devil extras include a new interview with actor Ted Wass; “The Jack Benny Program” episode from Oct. 7, 1956 guest-starring Burns as The Devil; and the film’s theatrical trailer and radio spots.