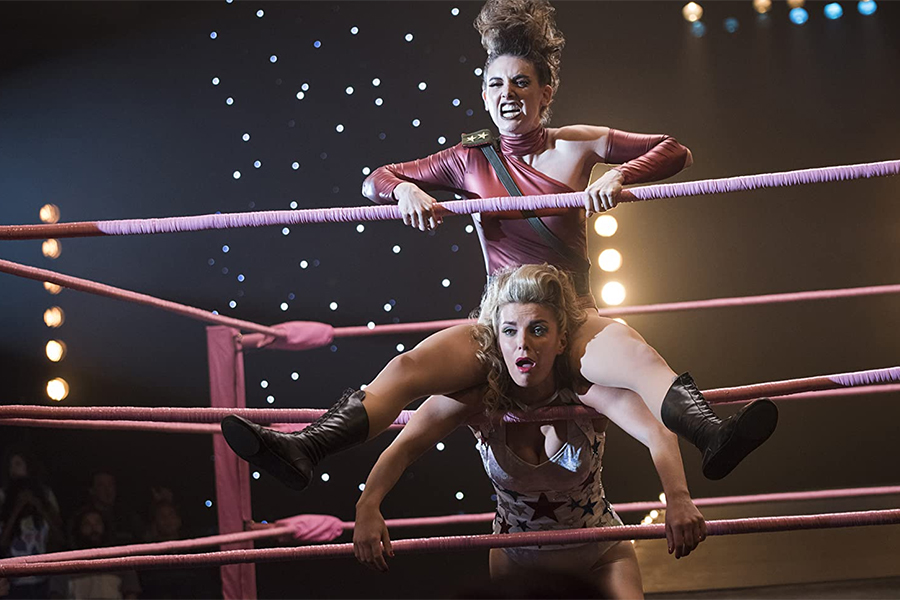 Netflix has reversed its decision to renew the comedy “GLOW” for a final fourth season, and has decided to cancel the show so as not to deal with any COVID-related production delays.

The streaming service in August 2019 ordered another season of the series about female professional wrestlers in the 1980s. The fourth season was reportedly three weeks into filming when production was suspended in mid-March amid global shutdowns related to the coronavirus pandemic. As the shutdowns lingered, Netflix decided the challenges of resuming production of the series, which is filmed in the Los Angeles area, weren’t worth the cost.

The cancellation was initially reported Oct. 5 by Deadline, which indicated the show already had one episode of the fourth season completed.

The show, with its large cast, had been expensive to produce prior to the shutdown, and a budget increase related to proposals to minimize health risks during the pandemic were deemed too expensive by Netflix. Among the challenges were numerous wrestling scenes requiring high physicality and close contact among the cast members that would exceed social distancing guidelines.

In addition, Netflix projected the earliest the fourth season could premiere was 2022, and decided too much of the show’s audience would have lost interest by then to justify the ongoing production costs.

“GLOW” stars Alison Brie, Betty Gilpin and Marc Maron. All of the series regulars were reportedly paid in full for the fourth season.

“We were handed the creative freedom to make a complicated comedy about women and tell their stories. And wrestle. And now that’s gone,” series creators Liz Flahive and Carly Mensch told Deadline. “There’s a lot of sh*tty things happening in the world that are much bigger than this right now. But it still sucks that we don’t get to see these 15 women in a frame together again. We’ll miss our cast of weirdo clowns and our heroic crew. It was the best job.”

Many of the show’s loyal fans immediately took to social media to decry the decision and vow that they would have waited as long as it took to see how the series was supposed to end.

The series, which premiered in 2017, is based on the real-life Gorgeous Ladies of Wrestling organization. It earned 15 Emmy nominations, winning three.

The first two seasons depicted the ladies developing a wrestling TV show in the Los Angeles market, only to have their sponsoring TV station shut them down just as they were becoming a cult hit. The third season saw the ladies take their show to Las Vegas, setting up the possibility of their return to television.

It’s unclear what will become of the completed footage, and if it will be released as a final episode.

Circumstances related to COVID also drove Netflix to cancel previously commissioned second seasons of “The Society” and “I Am Not Okay With This.” 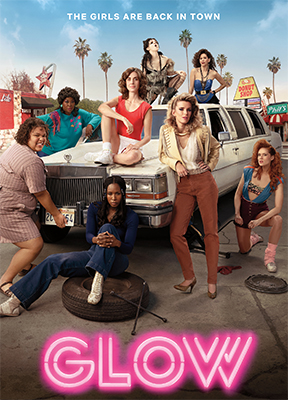 Last year’s first season of “GLOW” was one of the more memorable additions to the television landscape, deftly mixing comedy and drama with an assortment of quirky characters fighting their way through the seedier nature of Hollywood.

The series is a heavily fictionalized account of the creation of the cult-classic “G.L.O.W.” women’s professional wrestling show of the late 1980s, which stood for “Gorgeous Ladies of Wrestling.”

The real show was a low-budget mix of cheesy sketches and passable in-ring action, a tone the Netflix version manages to re-create in spirit if not in total accuracy. In the first season, down-on-his-luck director Sam Sylvia (Marc Maron) struggled to craft a watchable program from a disparate stable of talent, led by actresses Ruth (Alison Brie) and Debbie (Betty Gilpin). Debbie was once a prominent soap opera star who left the business to start a family, while Ruth stumbled upon “G.L.O.W.” after a series of failed auditions and found a chance to unleash her repressed creativity in helping to develop the upstart series.

The pair were also best friends until Ruth slept with Debbie’s husband, leading to a rift between them that parallels an in-ring feud between their characters, with Debbie as the righteous All-American girl Liberty Belle, and Ruth an evil Soviet agent named Zoya. (One of the fun aspects of the show is seeing which aspects from the real show have been borrowed to fit the fictional narratives).

The second season finds Sam and the girls trying to figure out how to keep all the storylines going for a full season, only to run up against creative roadblocks set in place by their own egos and inability to work together for a greater purpose. Central among them is the fragile truce between Ruth and Debbie, but also prominent is a rift between Ruth and Sam over the creative direction of the series.

The show’s splashy but unremarkable impact on local Los Angeles television also pays off with other microcosms of the Hollywood experience, as the girls must learn to deal with fandom and a blurring of the lines between their in-ring and real-life personas (although with some of the girls, there isn’t much of a distinction to be found there). Since most of the characters are borderline offensive racial and social stereotypes (one girl is made a terrorist character simply by looking vaguely Middle-Eastern; an Asian girl who isn’t even Chinese is named “Fortune Cookie”), this naturally leads to a few complaints from the performers who don’t find their roles as appealing as they would like.

Amid these tensions, Ruth finds herself in the middle of a prototypical #MeToo moment, when a sleazy station manager tries to force himself on her with the pretext of a working dinner to discuss the show’s creative direction, only to punish the show when she runs from his advances.

The series is extremely well written in how it sets up these elements to pay off later. A bit more than halfway through the season’s 10 episodes, all the strife reaches a glorious crescendo that brings all the conflict to a head and leads to some of the most engaging episodes of the series, resulting in an inspired eighth episode that many fans will not realize they needed until they see it.

As with the first season, the episodes are layered with references and subtext that encourage a re-watch to really take it all in and gain a better appreciation of the bigger picture.

While the whole cast shines, Brie and Maron continue to anchor the show with their antipodal portrayals of characters who have had vastly different Hollywood experiences — she the optimist who sees opportunity around every corner, he the cynical veteran resigned to the fact his career has steered him toward making a late-night wrestling show. And yet so much of “GLOW” is about them finding that balance that lets each of them use their show to find at least a modicum of the kind of personal and professional satisfaction they’ve been searching for all along.