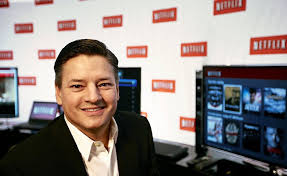 With Netflix not entering original movies in the upcoming Cannes Film Festival due to France’s mandate that all feature films abide by the country’s traditional 36-month theatrical window, CCO Ted Sarandos was asked if this strategy impacts the ability to attract talent and source film content.

Sarandos didn’t think so, adding Netflix released 33 movies in theaters in 2017, day-and-date with their streaming availability.

“I think it’s become more and more accepted as part of the distribution norm,” he said on the April 16 earnings interview. “Defining distribution by what room you see [a movie] in, is not the business we want to be in.”

“Keep in mind, we had five projects nominated for the Oscars last year – all released in this model,” he said.

“There [are] incredible storytellers and producers around the world that just have not had access to a global audience before, and we’ve been able to find them pretty effectively,” Sarandos said.

He said Netflix would continue empowering content creators with a “great place to work,” and trusting their choices and offering global distribution.

Netflix will soon launch “The Umbrella Academy,” an original series about a family of dysfunctional superheroes, based on the eponymous comic book series published by Dark Horse Comics.

“At the end of the day, I think the winners will be those who pick up their shows that people can’t live without, and they become associated with that kind of intense fandom that we can keep bringing to them day in and day out,” Sarandos said.