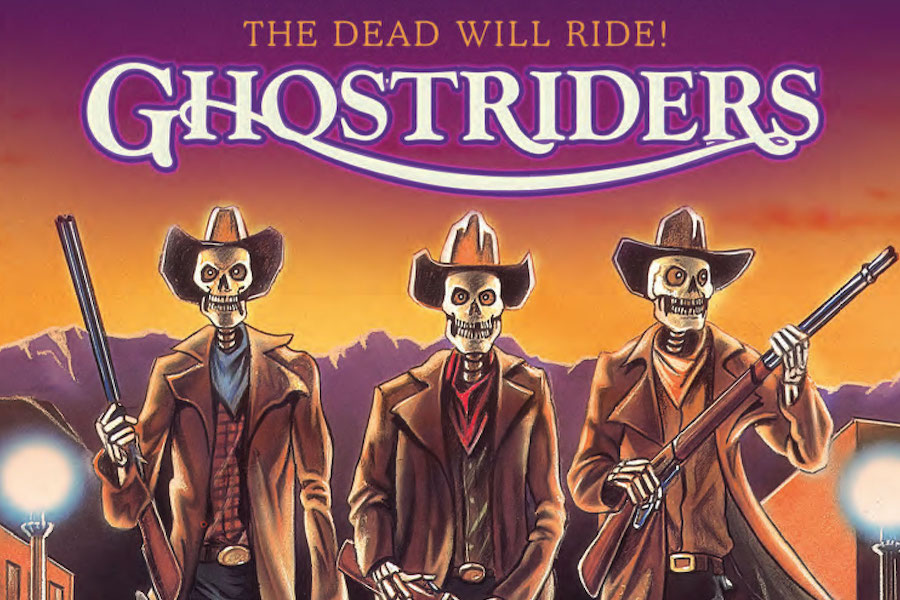 The 1987  horror film Ghost Riders will be released on DVD and Blu-ray for the first time ever Feb. 8 from MVD Entertainment Group and Verdugo Entertainment.

In the film, on a dark and haunting night, the local preacher and townspeople gather on a lonesome prairie as the lawless career of desperado Frank Clements is about to end. Just as the hangman’s noose tightens around his neck, the most feared outlaw of 1888 shouts a curse of revenge on the town preacher — a curse which will haunt the preacher’s family through generations. The town is prospering 100 years later, but Clements and his gang return from hell to seek revenge against the preacher’s grandson and his family.

“I’m proud to say that MVD continues to be the perfect distribution partner for cult classic films, and Ghost Riders is yet another video store staple from the 1980s that was long overdue for its release on physical media,” MVD director of acquisitions Eric. D. Wilkinson said in a statement. “I’m excited to add this to my collection and I’m confident my fellow collectors will, too.”