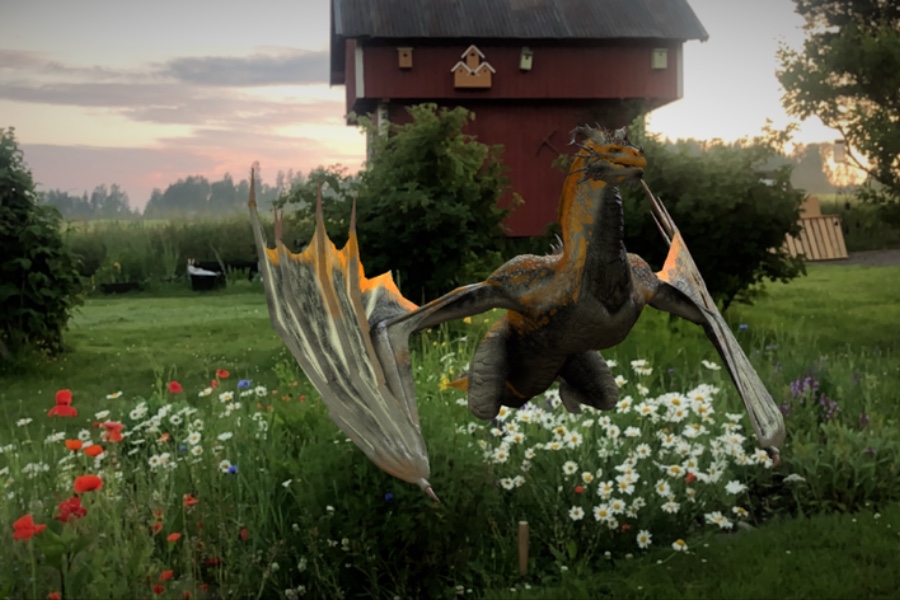 In anticipation for the premiere of new HBO’s “Game of Thrones” spin-off series “House of the Dragon,” debuting Aug. 21, HBO Max has launched House of the Dragon: DracARys, the official augmented reality app for the series.

“House Of the Dragon” is based on George R.R. Martin’s 2018 novel Fire & Blood, and is set 200 years before Martin’s “Game Of Thrones.” The new series follows the Targaryens — a noble family with the power to control dragons.

With the app, fans of the series can “hatch” and raise their own virtual dragons at home. Each dragon will be unique to its user, and as it grows it will develop its own  look and temperament driven by its keeper’s interactions with it, all based on the lore from Martin’s world. Users will also learn Valyrian words from “House of the Dragon” to command their dragon through a bespoke voice recognition system. Dragons will grow to enormous size, hitting developmental milestones on their way to full adulthood where they will be able to roam the world for other users across the world to see and interact with.

The HBO Max digital innovation and marketing teams collaborated with The Mill’s team of artists, technologists, and strategists to develop House of the Dragon: DracARys from scratch using the Unity game engine and powered by Niantic’s Lightship technology with immersive sound design by London-based studio, Factory.

“With [the app] we have built the most personalized, responsive, virtual creature to ever live on your phone, brought to life in the latest augmented reality technology,” Victor Pineiro, director of digital innovation at HBO Max, said in a statement.

Kevin Young, creative director at The Mill and lead creative on the app, said the premise of the app is to complement the world of Westeros and the mythology of the show in an enriching way, while pushing the boundaries of what is possible with virtual characters existing in mixed realities.

“When the dragons of Westeros appear on the show it’s always a breath-taking, awe-inspiring moment,” Young said.

The app was first launched exclusively on July 20 at San Diego Comic-Con to attendees of the immersive guided experience “House of the Dragon: The Dragon’s Den.”