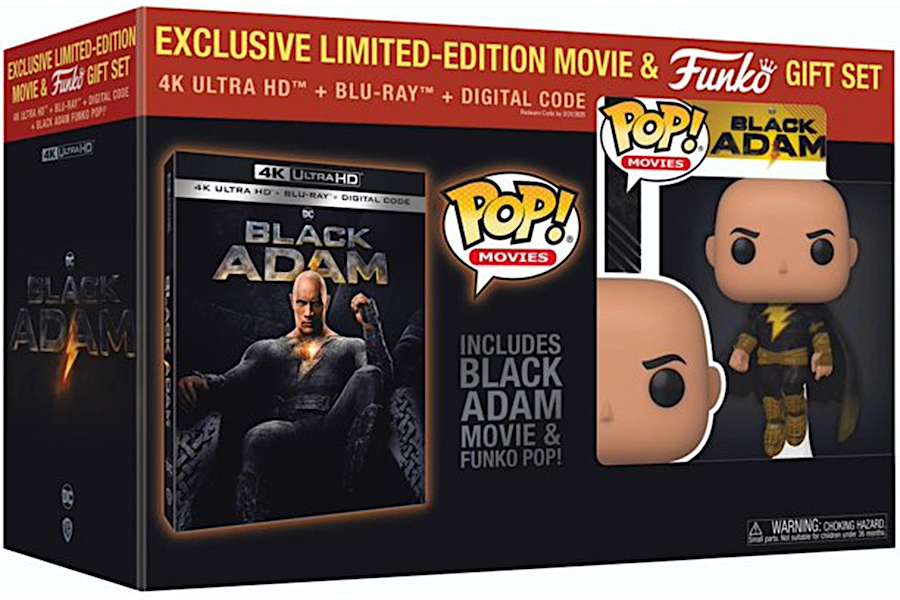 The film, based on DC Comics characters, stars Dwayne Johnson as an ancient champion awakened in modern times after a 5,000-year imprisonment for using his powers for vengeance.

Walmart released a gift set of the film’s 4K Ultra HD Blu-ray combo pack in a gift set with a Funko Pop of the Black Adam character for $39.96.

Best Buy, as usual, offered a Steelbook edition of the 4K combo pack for $35.99.

Target had the Black Adam Blu-ray/DVD combo pack with exclusive box art and collectible character cards for $26.99. Fans could easily order the set online if their local Target didn’t bother to reset the new-release shelf on time.