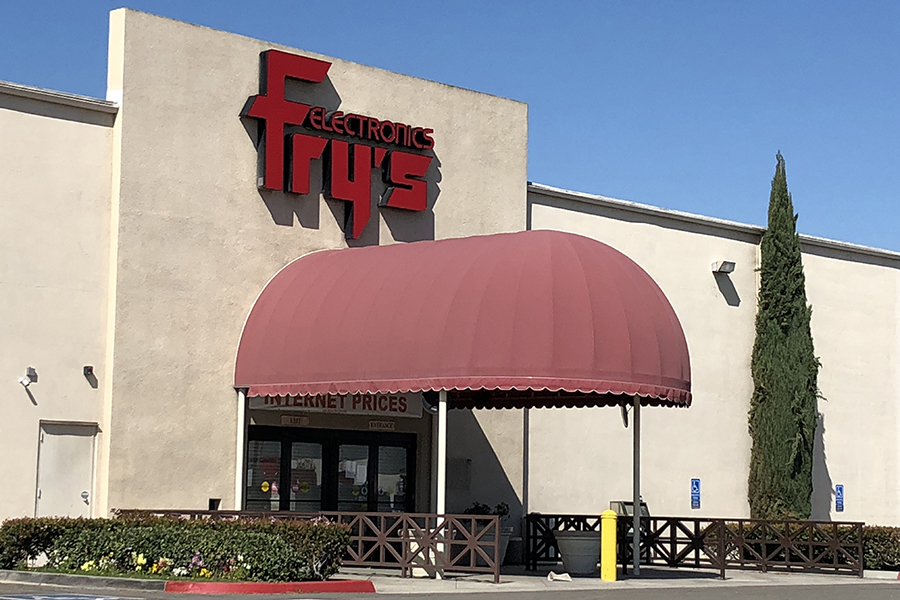 Fry’s Electronics, the big-box consumer electronics chain that for years was known for its large and eclectic Blu-ray Disc and DVD selection, Feb. 24 announced it is closing all 31 of its stores.

The chain, which for at least two years has suffered inventory problems, with store shelves largely empty, made the announcement on its website.

“After nearly 36 years in business as the one-stop-shop and online resource for high-tech professionals across nine states and 31 stores, Fry’s Electronics Inc. has made the difficult decision to shut down its operations and close its business permanently as a result of changes in the retail industry and the challenges posed by the COVID-19 pandemic,” the  announcement read.

“The company will implement the shut-down through an orderly wind-down process that it believes will be in the best interests of the company, its creditors, and other stakeholders. The company ceased regular operations and began the wind-down process on Feb. 24, 2021. It is hoped that undertaking the wind-down through this orderly process will reduce costs, avoid additional liabilities, minimize the impact on our customers, vendors, landlords and associates, and maximize the value of the company’s assets for its creditors and other stakeholders.”

Fry’s Electronics opened its first store in May 1985 in Sunnyvale, Calif., as an outgrowth of the Fry’s Supermarkets chain, which founder Charles Fry had sold in 1972 to Dillons. Years later, his three sons banded together to launch a consumer electronics retail operation, initially focused on computer hardware and software.

At its peak, the chain numbered 34 stores and had branched out into a wide range of consumer electronics, including appliances and cameras. In the early 2000s Fry’s became a leading retailer of DVDs and then Blu-ray Discs, going deep into niche categories such as anime that the chain’s buyers believed would appeal to the stores’ core techie shoppers.

Fry’s Electronics stores were known for their themes. The Burbank, Calif. store had a kitschy space age theme, while the Fry’s store in San Jose paid homage to the Mayans and the Sunnyvale store focused on the history of Silicon Valley.

By 2019 customers noticed stores shelves were increasingly barren. The San Jose Mercury News devoted a lengthy article to Fry’s plight in September 2019, observing that “as customers of Fry’s Electronics wonder why the stores’ shelves are so bare and speculate that the company is in trouble, the electronics chain says it’s making some changes but that it is not closing. … Some Fry’s customers on Twitter are wondering whether the company is going out of business because it’s so easy to order stuff from Amazon. Others are speculating the dearth of goods may have something to do with President Donald Trump’s tariff war with China. … In response to inquiries by this news organization, a spokesman for the San Jose-based retailer said Tuesday that the company is ‘converting most of its suppliers to consignment,’ and that its shelves will be restocked over the next few weeks.”