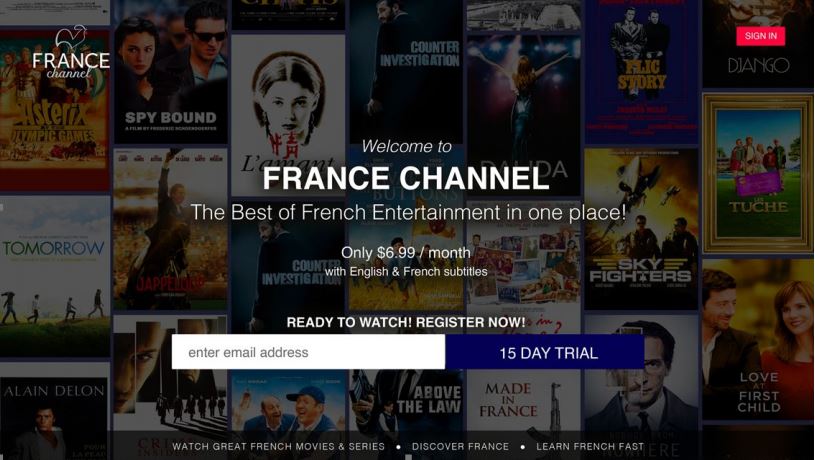 Fans of French culture, movies and news will soon have their own streaming service in the U.S. Dubbed “France Channel,” the $6.99 monthly subscription streaming VOD platform is slated to launch with more than 2,000 hours of content, including TV shows, daily soaps and movies, in the second quarter. France 24 will provide daily news in French and English.

Backed in part by the French government, Netgem and Cyber Group Studios, France Channels will be available on the Roku platform, in addition to the Internet, Apple iOS and Android devices.

“The partnership with Netgem is strategic for the development of our international service,” founder Julien Verley said in a statement, adding that 5 million visit France annually from the U.S.

“We are aiming at Francophiles, moviegoers, lovers of France,” Verley said. “We’re looking forward to becoming the go-to destination for all French and French culture enthusiasts in the United States and beyond.”