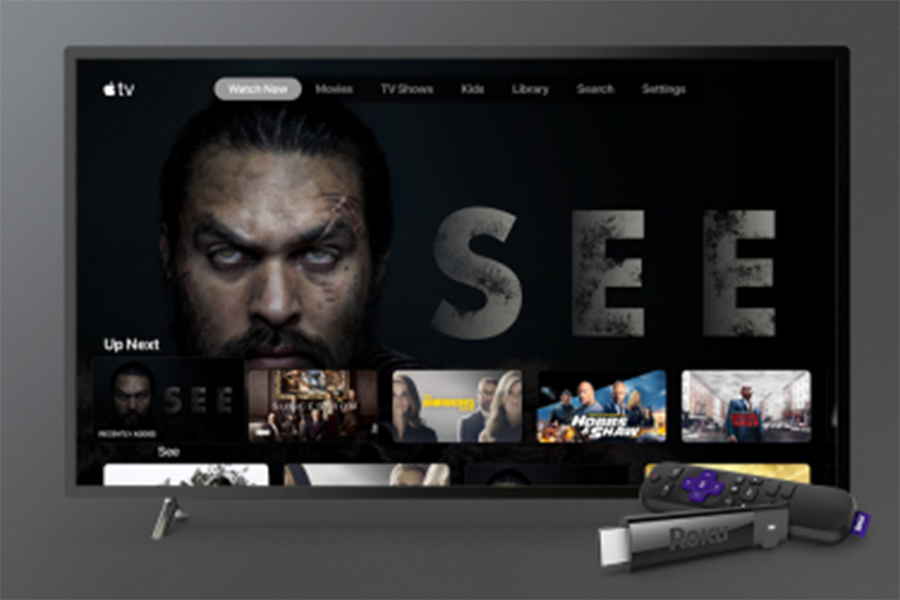 The tech giant is now diving into the SVOD deep-end with its hordes of free cash hoping a rebranded Apple TV+ app and upwards of $6 billion in content spending will compete with upstarts such as Disney+, HBO Max, Peacock and Quibi.

While the $4.99 monthly service is free for a year if you buy any new iPhone, iPad, iPod Touch, Apple TV, or Mac computer, analysts and op-eds are tripping over themselves criticizing Apple TV+ in comparison to Disney+.

“‘The Mandalorian’ maintained a higher relative interest level than ‘The Morning Show’ throughout its entire run, despite Disney+ being available in only six markets,” analyst Tingting Li wrote in a post.

Indeed, Apple TV+ launched Nov. 1, 2019, in 100 markets worldwide, yet interest in “Morning Show” and “See” dropped off after the first two weeks, according to Li.

“The Mandalorian” has the same critical rating as “Friends,” based on Ampere’s proprietary quality measure. Li says future Disney+ series will include more spin-off shows such as “Star Wars: The Clone Wars” from Lucasfilm and “WandaVision” from Marvel Studios.

“[It] only had a handful of shows at launch,” Pachter wrote in a post.

Logan Purk, analyst at Edward Jones, said the streaming service would remain a “cash drain,” due to the investments required to produce original shows.

“They are leaning towards big stars and high production values,” Purk told IndieWire.

D.A. Davison & Co. analyst Tom Forte contends that while select Apple TV+ programs are “compelling,” from an investment standpoint he doubts the content is worth the investment.

“Apple is risking brand damage by offering the service at such a low price and even giving it away for free,” Forte said.

Forbes analyst John Koetsier goes one step further. He says Apple TV+ is doomed and the sooner the Cupertino, Calif.-based company realizes that the better.

Koetsier says that after unrivaled success with iPhone, iPad, Apple Watch and Mac computers, the company is stumbling with TV+ and a sudden focus on original content.

“Apple: you are amazing at hardware. You are one of the best in the world at combining hardware, software, and services,” he wrote. “You are not a media production powerhouse.”