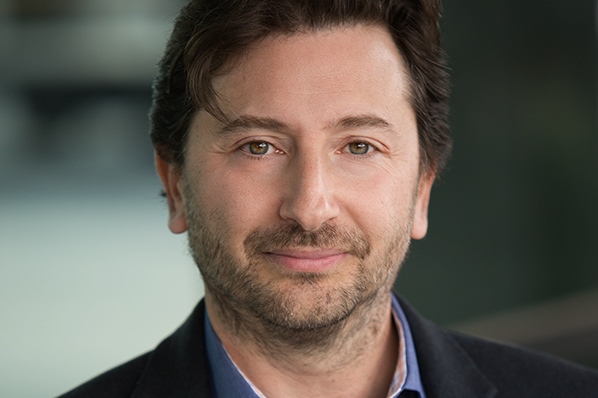 Kassin is being recognized for his work on behalf of the Crohn’s and Colitis Foundation.

“Jason Kassin inspires us with his commitment to finding a cure for Crohn’s disease and ulcerative colitis and helping to improve the quality of life of those affected by these conditions,” said Mark Fisher, president and CEO of EMA. “Jason has accomplished much in his professional life, including building one of the most important rights management ecosystems for the film entertainment industry, but he realizes that success is not living well but rather a life well lived, and that service to the greater community is part of that.”

Kassin and his wife, Sasha, became involved with the Crohn’s and Colitis Foundation in 2011, a few months after their son Conrad (then 8 years old) was diagnosed with Crohn’s disease. Their son’s gastroenterologist referred them to the Crohn’s & Colitis Foundation’s website. The organization offered valuable information about Inflammatory Bowel Disease (IBD) and, as importantly, a community.

Since then, Kassin and his family have been active volunteers for the Foundation. Kassin joined the Los Angeles Board in 2016, and Sasha followed in 2017. This past January, Sasha became the President of the Board for the Greater Los Angeles Chapter.

A New York native and lifelong computer engineer,  Kassin is a leading expert in rights and content management solutions for the media & entertainment sector.

Kassin co-founded FilmTrack in the late 1990s after being asked to design contract administration software for some of the oldest and most respected names in international film distribution. As the CEO, he is responsible for orchestrating the strategic development of FilmTrack products and solutions. Since FilmTrack’s inception, Kassin has evolved the company into an extensive ecosystem that encompasses content creation, distribution, rights management, and monetization. The company’s cloud-based platform streamlines the complex intellectual property lifecycle, providing the necessary tools to manage mission-critical data, including contracts, rights, financials, royalties, and related assets.

Prior to FilmTrack, Kassin built his own successful software consulting business while also appearing in films and television programs. In addition, he is a scriptwriter, musician, and comedian. Kassin obtained a degree in Film and Theater from Vassar College.

One scholarship of $4,000 per year for up to four years of undergraduate or graduate education is awarded each year.

To be eligible, students must be high school seniors or current, full-time college undergraduate or graduate students during the academic year in which they apply, and they must be employees or principals of EMA member companies in good standing, or their spouse or child. Scholarships are awarded based on academic achievement, financial need, and academic potential.

The EMA is the not-for-profit international trade association for the home entertainment industry. EMA-member companies operate approximately 35,000 retail outlets in the United States and 45,000 around the world that sell and/or rent DVDs and Blu-ray Discs, computer and console video games, and digitally distributed versions of these products. Membership comprises the full spectrum of retailers (from single-store specialists to multi-line mass merchants, and both brick and mortar and online stores), distributors, the home video divisions of major and independent motion picture studios, video game publishers, and other related businesses that constitute and support the home entertainment industry. EMA was established in April 2006 through the merger of the Video Software Dealers Association (VSDA) and the Interactive Entertainment Merchants Association (IEMA).