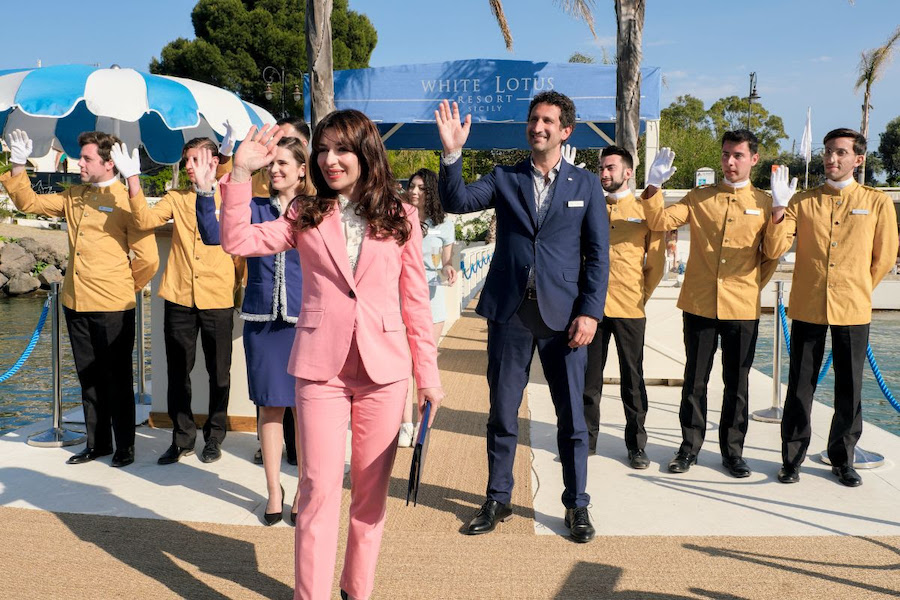 The Golden Globe-winning sci-fi comedy movie Everything, Everywhere All at Once (Showtime Anytime) and the HBO Max original dysfunctional family series “The White Lotus” topped weekly streaming through Jan. 15, according to new data from JustWatch, which tracks the streaming video habits of 20 million users across 59 markets, including the United States.

Everything, which stars Michelle Yeoh as a middle-age Chinese immigrant who is swept up in an insane adventure, in which she alone can save the world by exploring other universes connecting with the lives she could have led, was the top-streamed movie in December. 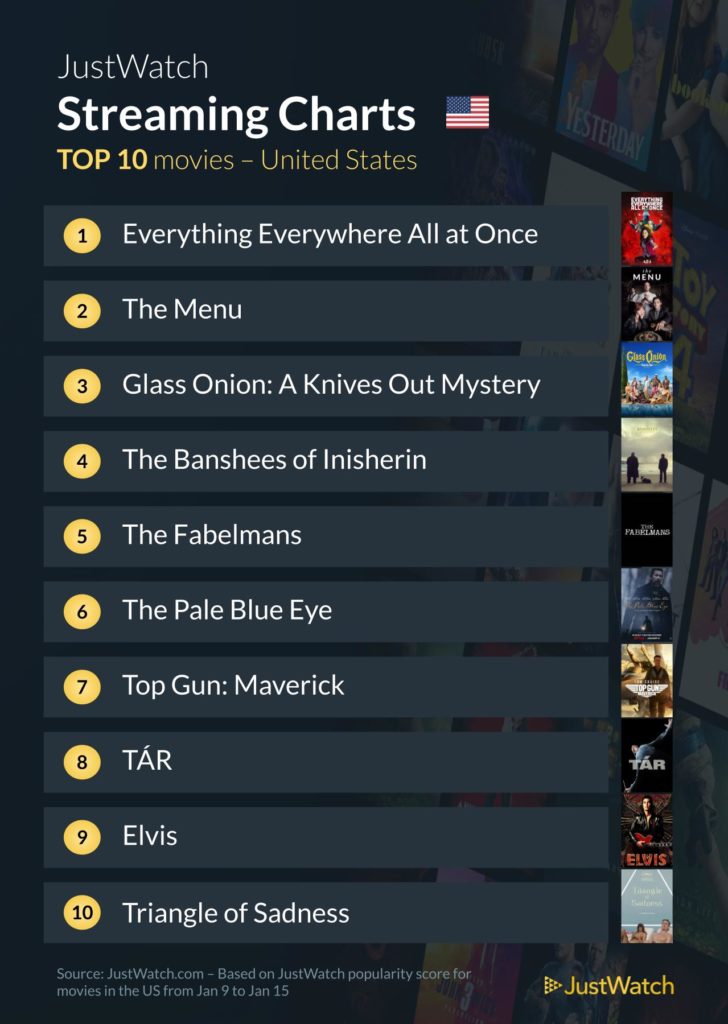 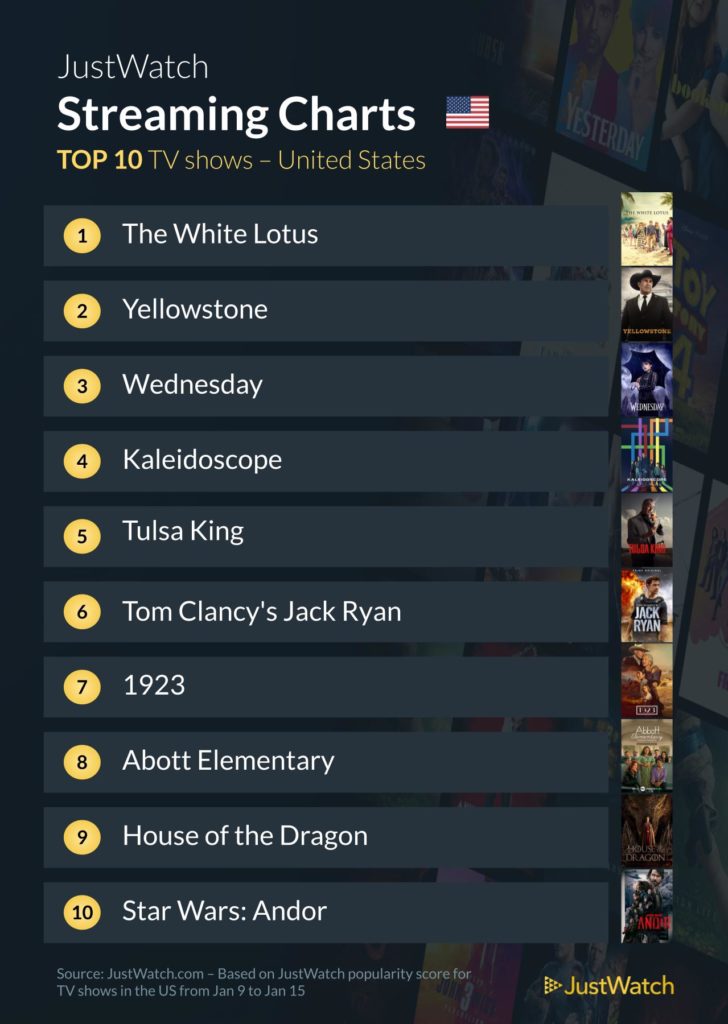