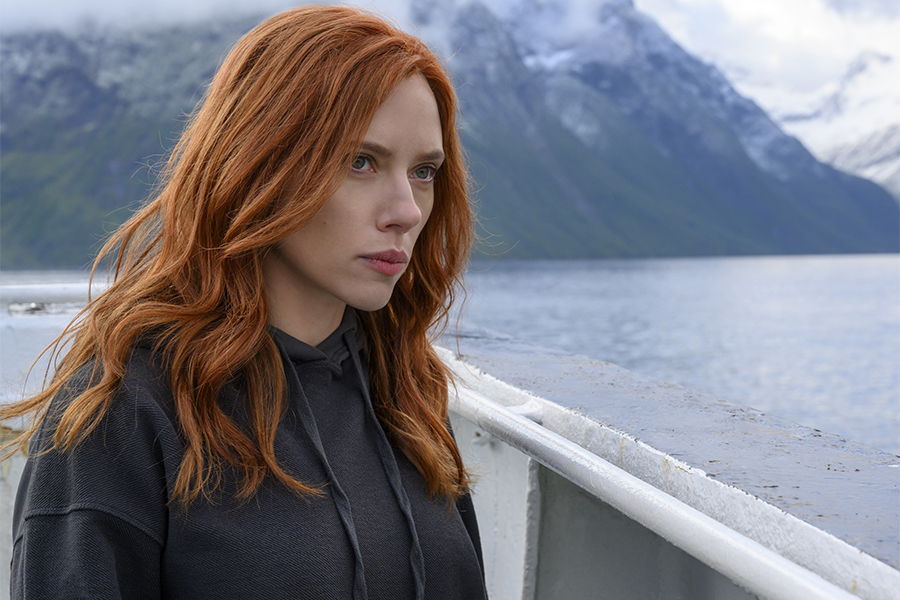 Johansson alleges Disney made Black Widow available to Disney+ subscribers as a $29.99 Premier Access add-on in an effort to reduce its compensation to the actor, which was in part based on box office take. She reportedly is the highest-grossing and highest-paid actress in Hollywood.

Johansson’s Natasha Romanoff (aka Black Widow) character has been a mainstay within the Marvel Cinematic Universe since first appearing in Iron Man 2 in 2010. With the character getting her own solo movie, the financial stakes on the release were high. So high, Disney pushed back the theatrical debut three times from an original May 2020 launch due to the COVID-19 pandemic effectively shuttering much of the exhibition business.

From the gist of the lawsuit, Johansson claims she was assured Disney would follow an exclusive theatrical release strategy for Black Widow. With such a strategy in place, the studio delayed due to the pandemic, then instead chose to release the title concurrently in theaters and on its branded PVOD platform, Premier Access, a decision that earned the studio more than $60 million in incremental revenue in addition to the $80 million opening domestic box office.

Disney’s first-ever disclosure of Premier Access revenue suggested the haul was a fiscal home run. Disney first went with hybrid distribution for the Labor Day 2020 release of Mulan. That was followed in March this year with Raya and the Last Dragon and Cruella in May. Action adventure movie Jungle Cruise bows in theaters and Premier Access July 30.

However, Black Widow’s domestic box office take plummeted 68% in its second week, and another 55% in its third, a drop that led the National Association of Theatre Owners to blast Disney’s hybrid release strategy. The film also has yet to receive a release date in China, suppressing its potential international box office take. And, with a pristine copy made available online by Disney+, Black Widow quickly became the most pirated movie of the pandemic era, according to Torrent Freak. Many industry watchers also pointed to these factors as reasons MCU fans weren’t returning to theaters for multiple viewings of the film — a phenomenon typically required for a blockbuster film to sustain its box office legs.

Thus far, Black Widow has earned $159 million domestically and $160 internationally for a global total of $319 million, making it the second-lowest earner of the 24 MCU movies, on par with some of its earlier releases before 2012’s The Avengers made it a must-watch franchise, and certainly the lowest earner of any movie the character has appeared in, which previously was the aforementioned Iron Man 2 at $621 million.

In addition, Disney announced Black Widow would be available for digital purchase Aug. 10, giving it just a 32-day theatrical window, well short of the 90 days of a traditional theatrical release, and even the 45 days of newer agreements between studios and theaters that emerged during the pandemic. The announced Sept. 14 Blu-ray and DVD release date is just a 67-day window.

Apparently, Johansson’s contract with Disney/Marvel didn’t include a provision for PVOD distribution (and additional compensation). While Disney called the lawsuit “sad and distressing,” the litigation could redefine theatrical distribution in the age of COVID. Johansson’s lawsuit also has reportedly inspired other actors in Disney hybrid releases, such as Emma Stone of Cruella, and Emily Blunt of Jungle Cruise, to consider filing lawsuits of their own against Disney.

“Given how the pandemic has affected how movies are now released today, the court is going to look very closely at the contract between Ms. Johansson and the film company,” Krenar Camili, an attorney in Little Falls, N.J., told Esquire Digital. “If it was indeed a breach of contract for them to release the movie in both formats at the same time, then Johansson will need to prove that she suffered damages by their doing so.”

“They have shamelessly and falsely accused Ms. Johansson of being insensitive to the global COVID pandemic, in an attempt to make her appear to be someone they and I know she isn’t,” Bryan Lourd, co-chairman of the Creative Artists Agency, said in a statement.

But to Aron Solomon, head of strategy at Esquire Digital, the case centers on how actor/producer/director compensation agreements are written in the SVOD/pandemic era. Specifically, Solomon believes the case, regardless of the outcome, will see studios more narrowly define talent’s compensation dependent upon a movie’s distribution strategy.

“While Disney’s comments have far more of a theatrical rather than legal impact, they set the stage for a pandemic-centered battle Royale,” Solomon wrote. “Essentially, this case has the potential to redefine the entire notion of what ‘industry standard’ is today and what it could become tomorrow.”