Roku Nov. 17 disclosed it is eliminating 200 employee positions worldwide that will cost the company an estimated $31 million in severance charges as it attempts to trim operating expenses by 5% due to ongoing economic conditions. The streaming video device founder and AVOD co-pioneer announced the move in a regulatory filing.

Roku expects that the majority of the restructuring charges will be incurred in the current fourth quarter (ending Dec. 31) and that the implementation of the layoffs, including cash payments, will be largely completed by the end of the first quarter that ends March 31, 2023.

The San Jose, Calif.-based company said that the job cuts are subject to legal requirements that vary by jurisdiction, which may extend the process beyond the fourth quarter in certain cases. 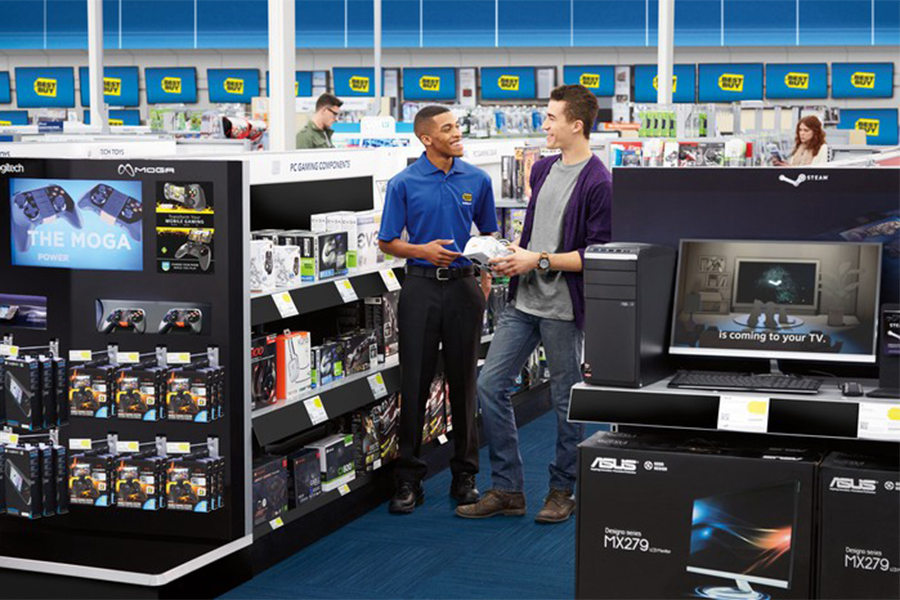 Best Buy is reportedly cutting store positions and reducing employee hours nationwide as the country’s largest consumer electronics retailer increasingly transitions to online sales during the pandemic. Online sales grew 174% in the third quarter, with 40% of purchases picked up in stores or curbside.

Last April as COVID-19 infections and alarm began spreading across the country, Best Buy shut down stores and furloughed about 51,000 employees. The chain had 125,000 full-time and part-time workers in January 2020. In June, Best Buy began bringing back furloughed workers and in August raised its starting wage to $15 an hour, according to The Wall Street Journal, which first reported the job cuts.

“As we have said before, customer shopping behavior will be permanently changed in a way that is even more digital,” the spokesman said in a statement. “Our workforce will need to evolve to meet the evolving needs of customers while providing more flexible opportunities for our people.”

Speaking last month on a virtual CES keynote, Best Buy CEO Corie Barry said a percentage of stores nationwide have become majority distribution centers for online sales. The move has resulted in the hiring of IT techs, data scientists and engineers.

“It’s this comfort level more than anything else that will continue to push the envelope,” Barry said, adding “customer expectations will be raised in terms of what they can get done digitally. People took immediately to more digital means [of finding products].”