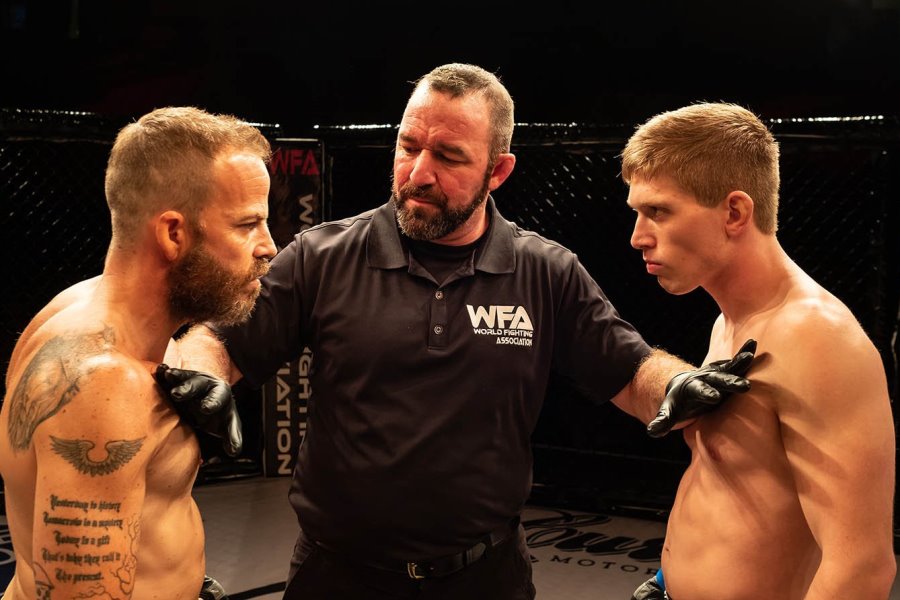 Embattled is first up, on June 1, followed by Kindred on June 15, Hunter Hunter on June 22, and Stardust on June 29.

All four films will be issued on Blu-ray Disc and DVD.

Embattled stars Stephen Dorff as Cash, the reigning mixed martial arts fighter whose harsh and abusive nature brings him into conflict with his son, whom he attempts to train. He faces new challenges when his second son is born with Williams syndrome, and instead of stepping up he chooses to run. His eldest son Jett (Darren Mann) becomes the caregiver to his younger brother Quinn (Colin McKenna) and eventually faces his father in the ring.

Kindred follows the story of mother-to-be Charlotte (Tamara Lawrance), who is taken in by her deceased partner’s mother, Margaret (Fiona Shaw), and stepbrother, Thomas (Jack Lawson). He comfort soon turns to terror as her benefactors begin to appear increasingly obsessed with her every move.

Set in the remote wilderness, Hunter Hunter follows fur trapper Joseph Mersault (Devon Sawa, Idle Hands, The Fanatic) and his family as they struggle to make ends meet. Believing their traps are being hunted by a returning rogue wolf, Joseph leaves his wife, Anne (Camille Sullivan, Unspeakable), and daughter, Renée (Summer H. Howell, The Midnight Man), on their own as he launches a determined search to catch the apex predator in the act.

Stardust is anchored by Johnny Flynn and Marc Maron, and offers a glimpse into the moments that inspired the creation of David Bowie’s first and most memorable alter-ego. Bowie is frequently met with an audience that’s not yet ready for him, and during his journey he slowly realizes he needs to reinvent himself in order to truly become himself; and with this realization his alter-ego Ziggy Stardust is born.