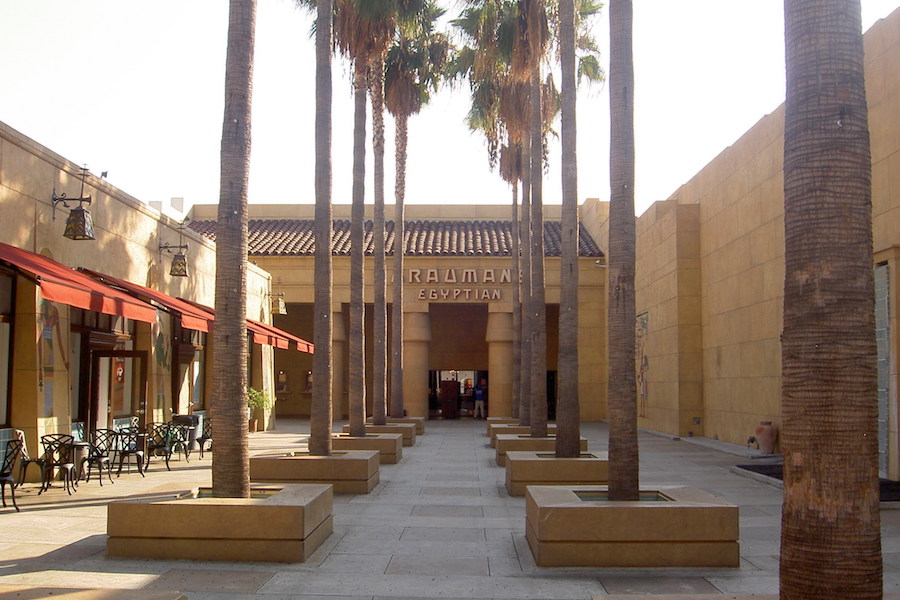 Netflix and the American Cinematheque are joining forces to ensure the long-term future of the Egyptian Theatre, according to the streaming service.

The theater is the site of the first Hollywood movie premiere and the long-time home of the American Cinematheque.

The collaboration will enable the nonprofit American Cinematheque to expand the scope and diversity of its movie and event programming, its filmmaker-centric festivals and its educational outreach at the theater, according to the release.

The Egyptian Theatre will remain the home of the American Cinematheque, established in Los Angeles in 1984 as a nonprofit member-supported cultural organization, with the organization’s curation team continuing to program Friday, Saturday and Sunday.

Netflix will invest in the theater’s renovation and will use the revitalized space for special events, screenings and premieres during the week.

“The Egyptian Theatre is an incredible part of Hollywood history and has been treasured by the Los Angeles film community for nearly a century,” Scott Stuber, head of Netflix Films, said in a statement.  “We’re honored to partner with the American Cinematheque to preserve the theater’s storied legacy and continue providing remarkable film experiences for audiences. We look forward to expanding programming at the theater in ways that will benefit both cinema lovers and the community.”

“Love for film is inseparable from L.A.’s history and identity,” Los Angeles Mayor Eric Garcetti said in a statement. “We are working toward the day when audiences can return to theaters — and this extraordinary partnership will preserve an important piece of our cultural heritage that can be shared for years to come.”

“The Netflix and American Cinematheque partnership at the Egyptian Theater is a win-win for film, historic preservation, and the arts,” said Councilmember Mitch O’Farrell of the Los Angeles City Council’s 13th District.  “The collaboration ensures the cultural destination remains in the Heart of Hollywood for decades to come.”

The Egyptian Theatre was originally built in 1922 during the silent film era. A fixture in Hollywood’s Golden Age, the Egyptian was the site of the first Hollywood movie premiere, for Robin Hood starring Douglas Fairbanks. At the premiere, Fairbanks was joined by Cecil B. DeMille, Charlie Chaplin, Jesse L. Lasky and Mary Pickford. Other notable Silent-era premieres held at the Egyptian included Cecil B. DeMille’s The Ten Commandments (1923), Charlie Chaplin’s The Gold Rush (1925), and Don Juan (1926), starring John Barrymore and Mary Astor.

In 1996, the City of Los Angeles sold the building to the American Cinematheque as part of the City’s Hollywood Revitalization project. The Cinematheque then raised the funds to renovate and restore the theater to its original grandeur and reopened it as a movie theater showcasing the longtime organization’s celebrated public programming.

In 2016, with the support of the Hollywood Foreign Press Association, Turner Classic Movies and The Film Foundation, the projection booth at the Egyptian Theatre was retrofitted to begin screening 35mm nitrate film and is now one of only four theaters in the United States capable of showing this rare, fragile and flammable film stock. Part of the new plans include upgrading equipment to enhance the audience experience and renovating and restoring the theater.

The Cinematheque will continue to program and operate a second historic theater, the Aero in Santa Monica.