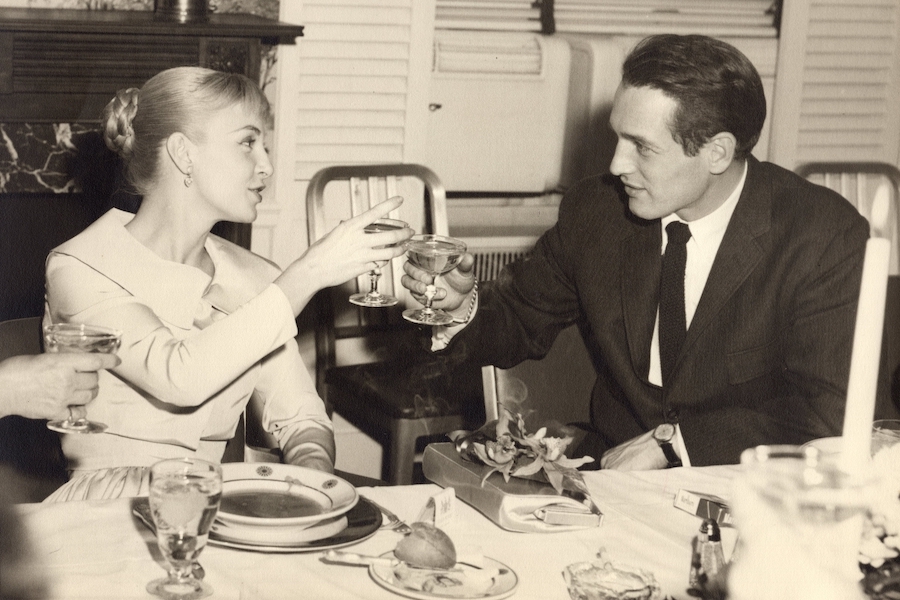 Barry Poltermann is a producer, director, story supervisor and editor, primarily working on documentaries, whose most recent editing project is the six-part docuseries “The Last Movie Stars” for director Ethan Hawke and executive producer Martin Scorsese. From CNN Films, “The Last Movie Stars” chronicles the careers and partnership of Joanne Woodward and Paul Newman and is currently streaming on HBO Max.

During his long career, Poltermann has edited several acclaimed feature films, including American Movie (Sundance Grand Prize Winner, 1999), The Pool (Sundance Jury Prize Winner, 2007), Raiders!: The Story of the Greatest Fan Film Ever Made (SXSW, 2015), Jim & Andy — The Great Beyond (Venice Biennale, 2017, Emmy nominee) and I Am Not Alone (Toronto, 2019 Audience Award for documentary at TIFF, DocNYC & AFI Fest); and was the story supervisor on Whirlybird (Sundance, 2020).

Media Play News asked the editor about working with Hawke and piecing together the story of the movie star couple from disparate elements.

MPN: How did you first get involved with the project?

Poltermann: Lisa Long Adler, one of the producers, reached out to me and asked if I’d be interested in editing a documentary on Paul Newman and Joanne Woodward, directed by Ethan Hawke. I was amazed — it sounded really like a dream project. I was a fan of Ethan’s prior documentary, Seymore: An Introduction, and thought that he would bring something really interesting to the story. Then I did a call with Lisa, and eventually with Ethan, and I guess they liked what I said.

MPN: What did you first think about the task of editing a project with so many elements — film footage, photos, zoom calls, actors reading transcripts of interviews?

Poltermann: At first, most of those things weren’t contemplated as part of the film. I am not even sure that Ethan was aware of the transcripts when he first called me. We didn’t know what the film would be. We contemplated a 90 minute-ish feature documentary at first. Then, Ethan got ahold of the transcripts and started recording them himself, just reading them into his iPhone — doing all the voices — and I would cut them into something like a podcast with music and some narrative flow. Then, he started doing zoom calls, just for research at first, just to get something to work with to figure out the story. And I would cut the “podcast” audio together with the zoom calls and send it to Ethan. We’d call and chat about what was emerging — trying to figure out what the film would be. Little did we know that we were actually making the film — that the process of trying to figure it out would end up being a key narrative through-line. So it wasn’t daunting — all of these elements just organically came in, one by one, as we needed them to tell the story.

MPN: As you got into the project, what did you find was the most difficult task?

Poltermann: Joanne’s movies being unavailable — and what was available to the edit team was of a low quality. In the movie, when we have to buy a copy of The Stripper, that actually happened, in that we couldn’t get a decent copy so one of my assistants found a copy on eBay and bought it and screen grabbed the process in order for us to make it a “story point,” as it seemed to say a lot about what happened to Joanne. It really sums up how her work has been treated.

MPN: What was Ethan Hawke’s involvement in the editing? Was there an overall organizational principal/outline/vision that helped you during editing?

Poltermann: Because of COVID we were working apart. In fact, we never even met in person until we were picture locking on Chapter I for SXSW this January. But it was probably the most collaborative experience of my life, even if it was virtual. Ethan would suggest ideas, and I would suggest ideas, and we would explore them, cutting little scenes here and there and weaving them together. Ethan called these scenes “pearls.” I would post, nearly every evening, my work for the day, and he would have brief notes in the morning via text message — his off-the-cuff first thoughts. Then we would talk on the phone for a super long time — often an hour or two, noodling out what we liked or didn’t like about the work, and what we could do next. It was one day at a time, letting the journey take us wherever it wanted to take us. Ethan would say, “Where is the river flowing?” I always felt like he was with me, in my head, every step of the way. He was amazing for pushing the boundaries and challenging me to break rules and surprise him. Whenever I’d cut something conventional, he’d say something like, “That was really nice. That’s a really good piece of documentary editing. But I saw it before — don’t get me wrong, I really enjoyed that documentary when I saw it before. But let’s not do that. Let’s do something different than that. Not sure what, but not that. We are just rehearsing now — this isn’t opening night yet. Do something crazy. Let’s surprise ourselves.”

MPN: What are you most proud of about the project?

Poltermann: I think that the technique of using the movies intercutting with the narrative and the transcripts is pretty fun — and was super fun to play with. It was Ethan’s idea — “Use their performances to illustrate the words.” I’d done something like that before on Jim & Andy, using clips from Jim Carrey’s performances in Eternal Sunshine of the Spotless Mind and The Truman Show. But nothing to this level. And the fact that it was part of the core thesis — the notion that actors bring themselves to their characters, and their characters rub off on them was central to “The Last Movie Stars.” But the thing that I am most proud of is how the film, I hope, speaks to people beyond actors, how Paul and Joanne’s life is a story of marriage, friendship, parenthood, work/life balance, gender roles, love, loss, moral commitments, how the story we tell can reach everyone and resonate — not just people who act or are in the entertainment industry, or even are Paul and Joanne fans.

MPN: Are you a fan of Newman and Woodward?

Poltermann: I came into this having grown up on Paul Newman films and, yes, was a huge fan of his. But not a fan in any complex or in-depth way — I just thought he was cool in movies when I was growing up in the ‘70s. As for Joanne, sadly I don’t think she really impacted me. I don’t know if I could have named a film of hers when we started this. Obviously, today I am a huge fan of Joanne’s, as well.

MPN: What do you think viewers will learn about them that they perhaps didn’t know before and did you learn anything that surprised you?

Poltermann: That their marriage was human, and complex, and not a fairy tale or magical. That this love story is even better and more impressive than you could have imagined — because it was hard. It was work. Living a great life and nurturing a great love is not easy and presenting it as a fairy tale diminishes it. Hopefully, people love them even more by seeing their flaws, and the work they did to overcome them.