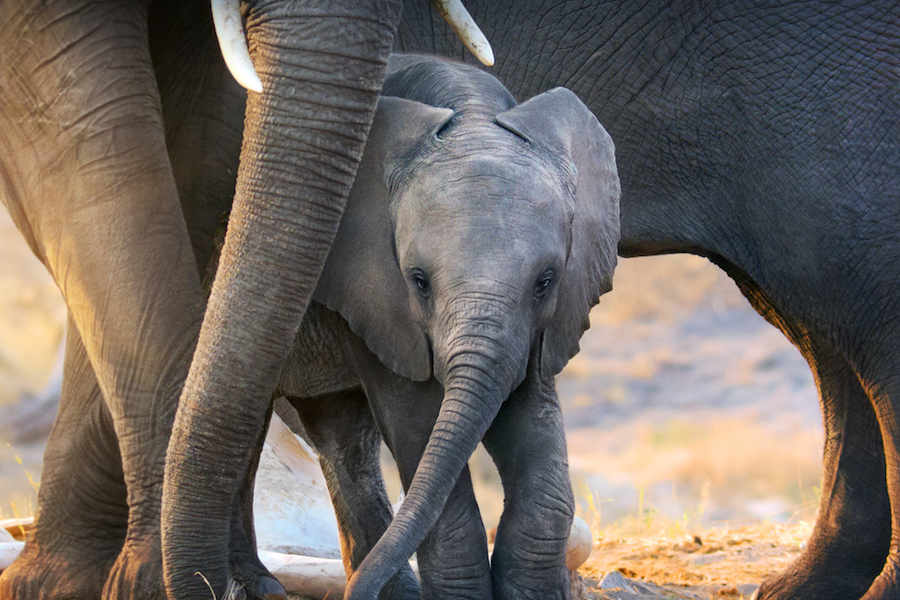 In recognition of Earth Month, Disney+ will stream the Disneynature film Elephant, narrated by Meghan Markle, the Duchess of Sussex, beginning April 3 alongside previously announced Dolphin Reef, with narration by actress Natalie Portman.

The Earth Month collection on Disney+ will also contain additional Disneynature titles premiering on the service April 3, including In the Footsteps of Elephant, A Life on the Edge and Diving with Dolphins, which give viewers behind-the-scenes access into the unique filmmaking process of all three films.

The films will join a collection of animal and nature titles highlighted throughout the month including National Geographic’s America’s National Parks, Wild Yellowstone, The Flood, JANE, Before the Floods, Planet of the Birds, Sea of Hope: America’s Underwater Treasures, Kingdom of the White Wolf, Tree Climbing Lions, Hostile Planet and Wild Russia.

Elephant follows African elephant Shani and her spirited son Jomo as their herd make an epic journey hundreds of miles across the vast Kalahari Desert. Led by their great matriarch, Gaia, the family faces brutal heat, dwindling resources and persistent predators, as they follow in their ancestor’s footsteps on a quest to reach a lush, green paradise. 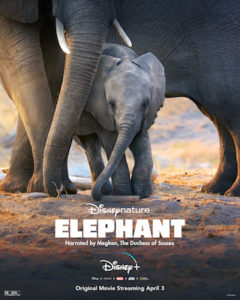 In recognition of Elephant, Disneynature and the Disney Conservation Fund are supporting Elephants Without Borders, an organization working in Botswana to ensure people and elephants thrive, according to the Disney release.  Elephants Without Borders is working on strategies to protect Botswana’s elephant haven, helping to reduce human-wildlife conflict through education, economic development, and solutions that either redirect elephant migration away from people, or provide communities with tools that help to protect themselves and their properties when elephants are nearby.

Dolphin Reef introduces Echo, a young Pacific bottlenose dolphin who can’t quite decide if it’s time to grow up and take on new responsibilities. Dolphin society is tricky, and the coral reef that Echo and his family call home depends on all of its inhabitants to keep it healthy.