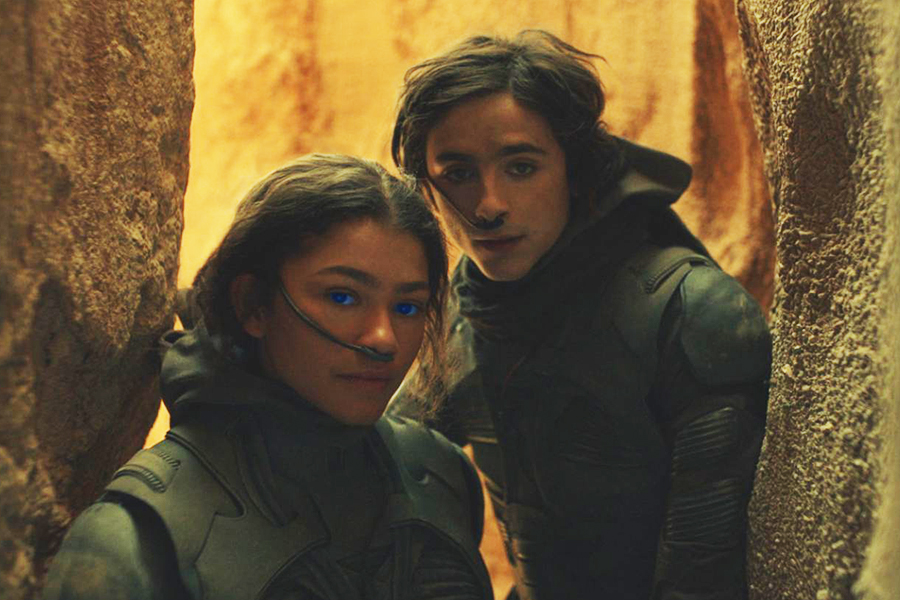 The new adaptation of Dune from Warner Bros. Home Entertainment was No. 1 on the top 10 list of combined U.S. DVD and Blu-ray Disc unit sales for January 2022, according to the NPD Group’s VideoScan tracking service.

Identified onscreen as Dune: Part One, the film is directed by Denis Villeneuve and covers roughly the first half of the 1965 Frank Herbert novel upon which it is based. Dune tells the story of factions in a galactic empire in the far future warring over a desert planet that houses valuable resources. It was released on Blu-ray Disc and DVD Jan. 11 and spent three weeks atop the weekly sales charts.

The No. 2 seller in January was another Jan. 11 disc release, Universal Pictures Home Entertainment’s Halloween Kills, the sequel to 2018’s Halloween, which itself was a sequel to the 1978 film of the same name and rebooted the franchise by ignoring all previous sequels.

The month’s No. 3 title was MGM’s No Time to Die, the latest James Bond actioner distributed on DVD and Blu-ray by Universal Pictures Home Entertainment. It had been No. 2 in December. The fifth and final film to star Daniel Craig as Agent 007 arrived on disc Dec. 21 and topped the weekly sales charts its first three weeks heading into January, so the bulk of its sales were split between teh two months.

December’s top-selling title, Sony Pictures Home Entertainment’s Venom: Let There Be Carnage, was No. 4 in January. The Marvel Comics-inspired sequel to 2018’s Venom features the return of Tom Hardy as Eddie Brock, who teams with an alien symbiote to take down an escaped murderer (Woody Harrelson) who is possessed by the symbiote Carnage.

Meanwhile, the popularity of the TV series “Yellowstone” pushed the disc releases of seasons one and three of the show to No. 9 and No. 10, respectively, in January. In December season one had been No. 21 and season three was No. 27.