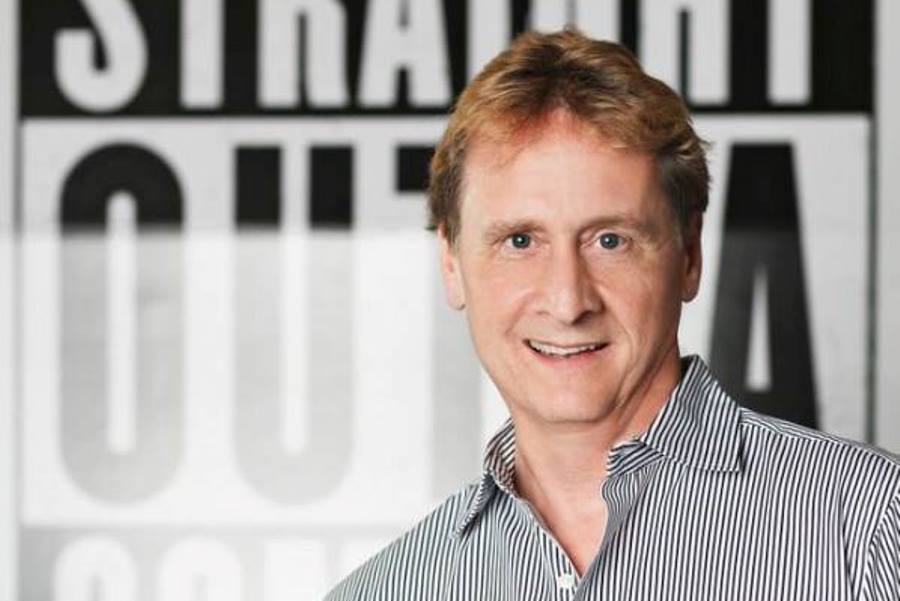 Xenon Pictures is heading into its 35th year as one of the longest-running independent companies in the home entertainment business. Founder, president and CEO Leigh Savidge picked up an Oscar nomination for Best Original Screenplay for Straight Outta Compton, among other creative accomplishments. Media Play News asked Savidge about where the company is going, what has kept it going, and its start at the height of the direct-to-video boom, when it initially focused on content for Black audiences.

MPN: What’s Xenon up to now?

In terms of the Xenon brand, we’re not easy to categorize because, unlike our early days, when it comes to the library and new third-party acquisitions, we’re committed to embracing a lot of different kinds of material. We’ll always be in the Black and Latin space if we see content that is worthy of putting marketing dollars behind and we can secure it in a deal that makes economic sense. We like certain kinds of documentaries, particularly if they involve gangsters like our upcoming release The Lynchpin of Bensonhurst. We’ve had some nice success with a documentary, Uncle Tom, which was heavily promoted through Larry Elder’s podcast network, and we’re working with Black filmmaker Eli Steele on his compelling documentary on the police shooting of Michael Brown in Ferguson, Mo., called What Killed Michael Brown?.

And for the first time ever, we’ve acquired a ‘G’-rated family Christmas film, Dragon Girl, which we’re releasing in theaters in the late fall.

Our main focus right now is a new acquisition called Hunting Bigfoot. The film is from a Seattle-based filmmaker, Taylor Guterson. It revolves around a man obsessed with verifying the existence of a Sasquatch he claims to have seen. The film is Blair Witch-like in the sense that it feels like a documentary but is scripted and acted.

Over the years, I’ve learned some things about certain genres in the domestic home entertainment market that on the surface might seem crazy. There are two that always over-index, women in prison films — which is probably why Netflix led its content initiative with “Orange Is the New Black” — and Bigfoot-related films.

As far as I know, this is the first film that examines a Bigfoot obsessive in a very human, non-judgmental way.

I started tracking this film a few years ago as Taylor was working through his process. I gave him notes on several iterations of the film and when he finished it, he allowed me to come on as an executive producer.

MPN: You’ve taken a unique approach to rolling out this film. Can you tell us about it?

Savidge: We made the decision to see if we could open the film in the heart of Bigfoot country, the Pacific Northwest.

We’re opening the film on five screens in the Seattle Tacoma area beginning in August. Our strategy is a throwback to the way we established the first base of retail stores for our Black content years ago with a few twists. If we get an independent theater to come on, we engage the local area chamber of commerce to help us with localized, mostly outdoor, marketing throughout the area. In each case, we get a local businessman to help us promote in the area.

We’re offering a generous split of the proceeds and an exclusive 60-day window for theaters beginning Aug. 6. The film’s content, along with the message of helping drive traffic to struggling businesses in these communities with favorable terms, appears to be resonating with all of the chambers.

We’re hoping that this regional initiative helps bring a profile to the film and attract other independents theaters to embrace it. We intend to keep the film in theaters for as long as there is interest.

MPN: How many titles do you have and how many do you plan to release each year?

Savidge: We have a 200-plus-title library with roughly 20 to 25 titles added each year.

And we’re still very much in the physical disc business with a direct-to-consumer initiative. It’s much smaller than before, but so is the risk profile.

We get paid on a timely basis.

MPN: What is Xenon’s footprint in the digital marketplace?

Savidge: Understanding who’s who and what’s what in the digital sphere is a critical part of what any independent company that is not releasing titles on the back of a $50 million to $100 million theatrical ad spend comes to understand. With regard to our third-party content, we’re in business with 50 different companies in the digital, free over-the-air TV and cable spheres, and the bulk of the money comes from those entities that take the time to place our content strategically. There are high-profile companies that seem to have robots or algorithms dictating their corporate decisions. Generally, we’ve had more success with companies where a human being will actually speak to us. So to that end, depending on the situation, we go direct or use aggregators to reach the various digital players. All I can say is, and not to belabor the point, but regardless of how you approach the market, you need to be in business with people who value the business relationship enough that they pay you what they actually owe — that they’re an honest broker whose business ethics are such that it is a point of pride to pay you what they actually owe you.

Savidge: The decision to release on a particular format is rooted in some combination of the filmmaker’s expectation and our sense of the market demand and, in the case of a reissue, if the content was shot on film and if the necessary film elements are available.

MPN: How do you see the company today?

Savidge: If I look at Xenon today, I think we ended up where we should be. Steve Housden, my longtime COO, has been working with me for 30 years and is a part owner of the company, along with other key longtime employees. We have eight film projects, mostly in the Black, Latin and noir genres, in development. We’re developing the story of the rise and fall of Death Row Records based on Xenon’s IP and a story centered on Seattle’s grunge music movement. Additionally, we have two projects featuring predominately Latin casts in English, which is likely the most untapped area and commercially viable area in the content business.

MPN: Tell us about the genesis of Xenon and what the company has been known for over the years.

Savidge: People who were in the industry in the 1990s and early 2000s will remember us as the first label in the U.S. to make a statement with Black audience content.

For the first 10 years of our existence, we were solely dedicated to selling content directed at Black audiences. We identified the stores that had significant Black customer traffic and developed business relationships with Black filmmakers who couldn’t get a deal with the major studios or preferred doing business with a smaller, genre-focused company. Rudy Ray Moore (Dolemite), Jamma Fanaka (Penitentiary) and Melvin Van Peebles (Sweet Sweetback’s Baadasssss Song) were some of the more notable people we did business with.

As time went on, more and more Black content was being made and suddenly a lot of companies began to focus on it. If you want to pin a moment when things got really visible in that area, it was the late ’90s when Lionsgate got into business with Tyler Perry.

Since we were perceived as a company focused on ethnic content, we looked to the emerging Latin/Hispanic content area as the next place where there might be an opportunity. We went to the most visible player in the world in that area, Grupo Televisa, beating out Warner and Fox for an overall deal, and built the industry’s first successful Latin-Spanish DVD initiative, largely with cut-down versions of their telenovelas and releases like A Day Without a Mexican.

In 2006, our revenues hit $16 million a year. Not bad for a company built entirely from bank lines and cash flow.

MPN: Over the years, Xenon has seen many changes. Tell us about that and how the shifts in the industry challenged the company.

Savidge: I remember seeing those early demonstrations of video streaming where the quality sucked and stupidly thinking this isn’t going anywhere — no consumer will put up with that. A lot of us who were too closely tethered to the physical disc business felt that way. But obviously the quality got much better and Xenon, which had previously navigated the end of Betamax, VHS and CD-ROM, was now looking at DVD as the next spoke in the horse-and-buggy wheel.

People ask me all the time, ‘Do you miss the old days?’ That’s like asking if you miss riverboat gambling playing with a losing hand. I used to say, home entertainment distribution is the art of getting money back for a filmmaker without being financially destroyed. You wake up one day after another 80-hour week and you look at the substance of the business you’re in. You’re advancing stupid money for films to compete against much larger, better financed companies. Next, you advance the cost of manufacturing and marketing and place the product into what is essentially a de facto consignment business. And then you deal with customers who may or may not pay you either because they can get away with it or because they’re about to declare bankruptcy and still behave like they’re viable.

And then you understand that the ones that do pay have zero appetite for risk and often send back gut-wretching returns. Then, they order the same product a week later to begin dating on a whole new receivable.

That period between 2008 and 2011 was insane. If we were going to be taken out, it would have happened during that time. Many of the major wholesalers and high-profile companies we were in business stiffed us for millions of dollars.

MPN: What saved you?

One of Xenon’s most successful titles is a documentary we financed, Welcome to Death Row, which is about the rise and fall of Death Row Records. Shortly after that film’s release, I started writing the initial drafts of Straight Outta Compton, which was a prequel of sorts to the Death Row story. Later, I convinced Tomica Wright, Eazy E’s widow, to put her music publishing rights with my script and we sold the package into the studio system. There was a nine-year gestation period where issues had to be resolved among some of the iconic parties involved and Warner ended up selling its interest in the film to Universal.

One day, I got a call from a guy in business affairs at Universal. He basically said, ‘If you don’t cut your screenwriting fee, the film is not going into production.’ I said, ‘I’ll cut my fee but I want it tied to the film’s box office result.’ They agreed.

That ended up being the best financial decision I’ve ever made. The funds from Compton ended up retiring the bulk of Xenon’s debt and allowed us to keep our library and staff.

It also signaled a change in direction for the company as a developer of film productions based on our knowledge of the domestic and global marketplace.