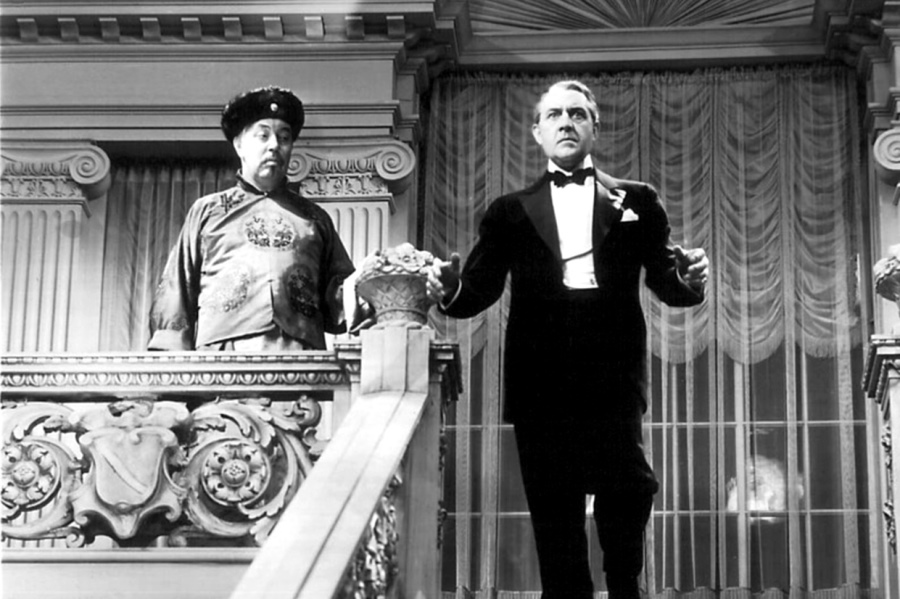 Kino Lorber on June 14 will release a “Fu Manchu” double feature on Blu-ray Disc, consisting of the first two American movies centered on the Chinese supervillain. 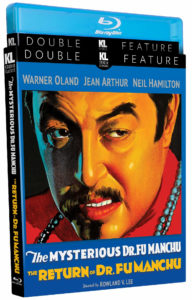 Both The Mysterious Dr. Fu Manchu (1929) and The Return of Dr. Fu Manchu (1930) are early “talkies” and pre-code adventure classics. Released under the company’s Studio Classics banner, both films star Warner Oland as Fu Manchu. Oland would later be known for his portrayal of Charlie Chan.

In The Mysterious Dr. Fu Manchu, the diabolical doctor makes his talkie debut in a film based on the first book in Sax Rohmer’s classic series. During the Boxer Rebellion, Fu Manchu saves the life of little Lia Eltham, but soon after, his own wife and child are killed by the allied troops. He takes revenge by hypnotizing the now grown Lia, played by screen great Jean Arthur, to do his evil bidding. The film costars Neil Hamilton as Dr. Jack Petrie and O.P. Heggie as Inspector Nayland Smith.

In The Return of Dr. Fu Manchu, the evil medic is back with a vengeance as he continues his campaign of cruelty on the foggy moors of the English estate where Lia Eltham and Dr. Jack Petrie are set to marry.

Both films have been prepared from new 2K masters, and the Blu-ray Disc collection features new audio commentaries by Tim Lucas as well as the original trailers.