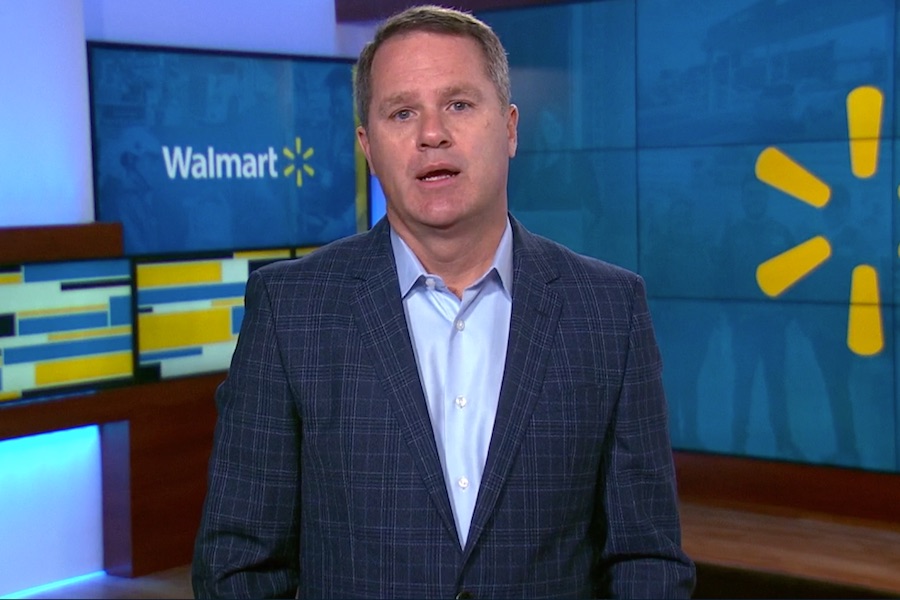 Walmart CEO Doug McMillon, a 30-year veteran at the company, talked about changes at the retailer accelerated by the pandemic during a keynote at the virtual CES Jan. 13.

“There’s more change happening right now than at any point in those 30 years,” he said.

Due to the COVID-19 epidemic, Walmart had to adjust to serve customers as they flocked to e-commerce.

“I think many of those things that changed won’t go back,” he said.

As the pandemic hit, he said Walmart identified five priorities, in order:

As far as keeping employees safe, the chain was able to quickly secure tens of millions of masks and install plexiglass to protect associates.

“They’re just being so courageous,” he said, noting the difficulty of “working with customers, some of which don’t want to wear a mask even though we have a mask mandate.”

With the supply chain, food was the first challenge, and then other items were in high demand, including adult bikes.

“The demand really changed on a lot of those items,” he said.

During the pandemic, the company had to adapt to how customers wanted to live and shop, which taught the company lessons on the importance of using new technology, such as robotics and artificial intelligence, to better interact with them.

“We’ve got to get better at forecasting demand, so artificial intelligence and the way we use data is really important,” he said.

As far as helping others, the chain forgave rents, offered different terms for suppliers, and hired more than a half million people in a matter of months.

“We hired bartenders that didn’t have a job,” he said.

Walmart+, the chain’s $98 annual subscription program aimed at competing with the Amazon Prime membership, debuted Sept. 1 in the middle of the pandemic. The service offers subscribers the ability to “scan-and-go” purchases in stores, free same-day shipping on some store items, and discounts on gas, among other perks. The chain is carefully ramping up those memberships, keeping an eye on maintaining customer service.

“We’ve got to build capacity for delivery,” he said.

McMillon discussed the company’s environmental initiatives such as Project Gigaton, a Walmart initiative to cut 1 billion metric tons (a gigaton) of greenhouse gases from the global value chain by 2030. The company wants to go further to become a “regenerative” force, preserving land and water, he said.

Spurred by the killing of George Floyd and protests last year, the company also stepped up its diversity strategy. Walmart and the Walmart Foundation last summer committed $100 million over five years through a new Center for Racial Equity. The center’s initiatives will fund research, advocacy, innovation of practices and tools, stakeholder convening, and non-profit capacity building.

“We’ve been looking in the mirror, and we’ve been studying and learning,” he said, noting that his own educational background was lacking.

“I’ve been learning more about American history, things I was not taught in school,” he said.

The company has also been looking at processes such as where they put cash deposits and how that might help black-owned businesses.

He’s also garnered lessons about organizational speed, learning to count on and trust employees, he said.

“There were quite a few times where we were facing something that I didn’t have answer for,” he said, adding, “I think the run rate of the company going forward will be faster as a result of what’s happening.”