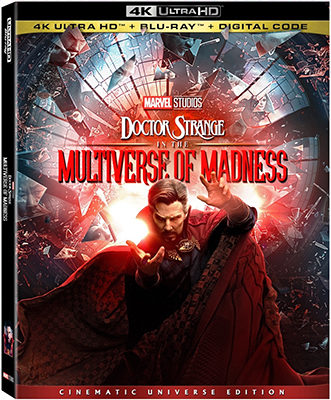 Now deeply entrenched in its fourth phase, the Marvel Cinematic Universe is meandering a bit. While the first phase established a core group of heroes, and phases two and three built up to the battle against Thanos, phase four seems to be about introducing a new generation of Avengers to carry on in the aftermath of that fight.

Thus, Doctor Strange in the Multiverse of Madness, the 28th MCU film, features the debut of America Chavez (Xochitl Gomez), a teenager from a parallel reality who has the power to travel between the worlds of the multiverse. Living out her own personal version of “Sliders,” America accidentally opened a portal that caused her and her parents to be lost in separate worlds. Unable to control her powers, she continues to search for her parents and find a way home.

But wait, this is a Doctor Strange movie, isn’t it? The movie begins with America being pursued by a malevolent force that wants to steal her power. Defending her is an alternate reality version of Strange, as they seek a magical artifact that will defeat their attacker. When their quest seems hopeless and Defender Strange is killed, she manages to end up in the MCU, where our Strange (Benedict Cumberbatch) carries on her fight.

Hoping to recruit some magical reinforcements, he turns to Wanda Maximoff, who is in a self-imposed exile following the events of “Wandavision” in which she dealt with the grief of Vision’s death by turning a small town into a sitcom reality and giving herself two sons, ultimately learning that she’s the embodiment of an ancient force called the Scarlet Witch.

Strange gets more than he bargained for asking for Wanda’s help, leading him and America on a world-hopping adventure that gives the film a chance to indulge the audience with all sorts of fun cameos.

Given that Strange had just appeared in Spider-Man: No Way Home, which offered its own dalliance into the multiverse, the natural assumption going in would be that this movie’s story would have carried on from those events, but Strange’s experiences with the multiverse in these consecutive appearances are largely just coincidental.

Still, Doctor Strange in the Multiverse of Madness is fun for what it is, a mostly standalone adventure infused by director Sam Raimi with a strong dose of horror elements and some imaginative uses of the premise (though not using it quite enough), before finally giving way to some awkward post-credit sequences to set up future movies.

The Blu-ray includes a fun and informative commentary from Raimi, writer Michael Waldron, and producer Richie Palmer, as they discuss the challenges of making the film and other possibilities for the story.

Also included are three short behind-the-scenes featurettes. The 11-minute “Constructing the Multiverse” is a general retrospective on the making of the movie with interviews from the cast and filmmakers; the three-and-a-half-minute “Introducing America Chavez” focuses on the origins of that character and bringing her to life; and the five-minute “Method to the Madness” explores Raimi’s impact on the film.

Rounding out the extras are a two-and-a-half-minute gag reel, and three deleted scenes that run a total of about three minutes — one is a flashback to Strange’s days as a surgeon, while the other two expand on Bruce Campbell’s guest appearance as a street vendor. 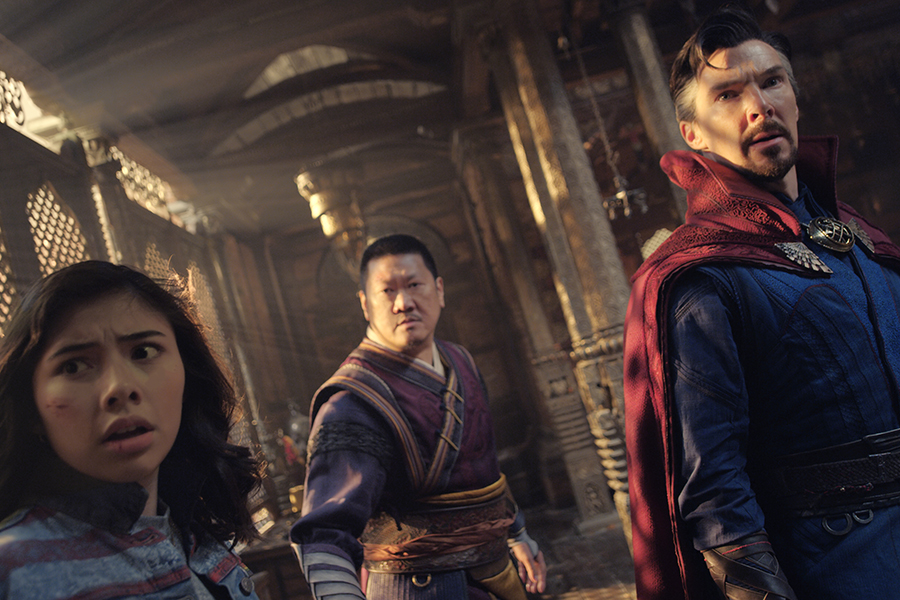 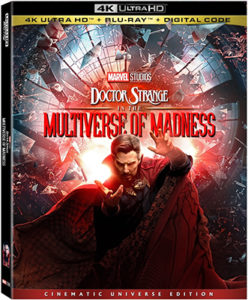