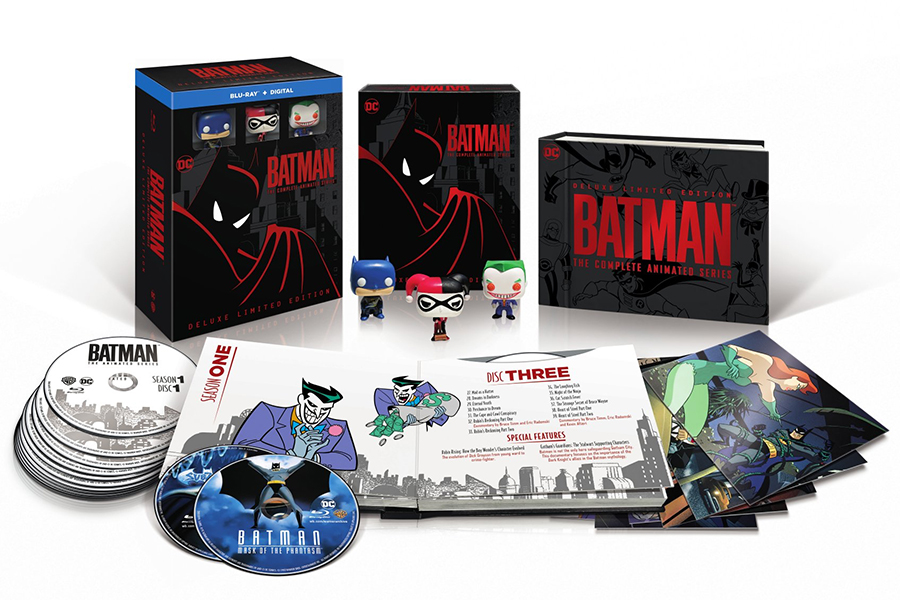 Warner Bros. Home Entertainment has moved the Blu-ray release of Batman: The Complete Animated Series — Deluxe Limited Edition to Oct. 30 so it can include a digital copy redemption code in each set.

When the complete series was initially announced at the 2018 San Diego Comic-Con International, the Blu-ray was scheduled for Oct. 16 but not slated to come with a digital copy of the show, which would be available as a separate purchase.

The Batman: The Complete Animated Series — Deluxe Limited Edition Blu-ray will include 109 remastered episodes plus the movies Batman: Mask of the Phantasm and Batman & Mr. Freeze: SubZero. In additional to the newly added digital copy, the Blu-ray boxed set will include a new hour-long retrospective documentary, “The Heart of Batman,” as part of a bonus section that includes 25 featurettes, including the original pilot promo, commentaries on several episodes, and introductions to five episodes by producer Bruce Timm.