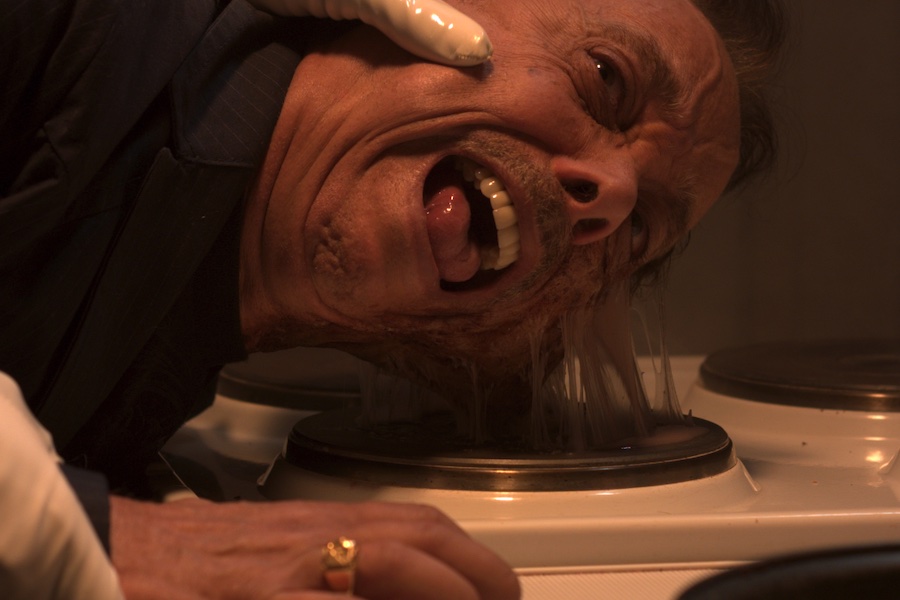 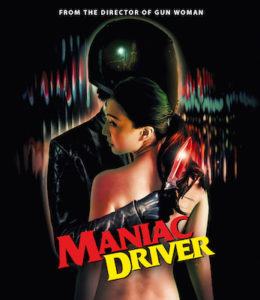 In the Japanese horror film Maniac Driver, a deranged taxi driver appears to be randomly stalking and killing various young women on the streets of Tokyo. His descent into madness follows a personal tragedy that has since left him in search of a worthy victim to satisfy his own bloodlust and possible death. Framed by a retro ’80s soundtrack and psychedelic colors, the film features Japan’s top adult stars (Saryu Usui, Iori Kogawa and Ai Sayama, among others) who are portrayed as lascivious victims in a gory, neo-giallo from cult director Kurando Mitsutake (Gun Woman, Karate Kill). Special features include audio commentary by director Kurando Mitsutake; a making-of featurette; and a slideshow. 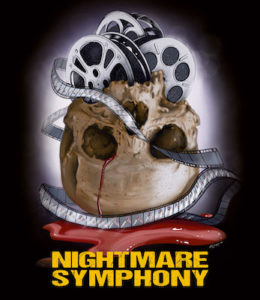 Nightmare Symphony follows Frank, a stressed-out director trying to complete a seemingly doomed horror film called A Peacock’s Tale. Between ongoing arguments with the scriptwriter and producer, Frank faces his own existential crisis and is plagued by terrible nightmares and paranoia. Life begins to imitate art, it seems, when those involved in the film production are butchered by a mysterious masked figure. Can Frank still differentiate between reality and the brutal killings that are based on the movie’s script? Nightmare Symphony is a tribute to the films of Lucio Fulci and the Italian giallo. Starring Lady in White‘s Frank LaLoggia, written by Antonio Tentori (Fulci’s Cat in the Brain) and directed by Domiziano Cristopharo and Daniele Trani, the horror-thriller also features a soundtrack by Antony Coia and is enhanced by Fabio Frizzi’s original theme of terror. Special features include an exclusive interview with director Domiziano Christopharo; an interview with screenwriter Antonio Tentori; and behind-the-scenes footage.

The cult film Hallucination and the documentary Aftereffects will also debut Dec. 13 on Blu-ray Disc from MVD and Diabolik. 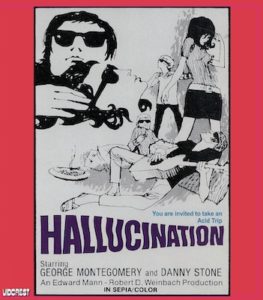 In Hallucination, when Bill travels to Ibiza to visit his friend Denny, he falls in with a group of expats who spend their days sleeping and their nights turning on. Under the guidance of Eric, the self proclaimed “guru” of the group, Bill and Denny find themselves experimenting with various drugs and opening their minds with LSD. After Bill’s mother cuts off his allowance, Eric uses his drug cocktails to put him in a suggestive state and convince him to rob a wealthy antiques dealer so that they all can continue their hedonistic life style. Based on true events, this cautionary tale of drugs was one of the first films to deal with the influence of LSD. Starring stuntman and sculptor George Montogomery and Danny Steinmann (director of Unseen, Savage Streets and Friday the 13th V) and directed by Edward Mann (Cauldron of Blood), Hallucination aka Hallucination Generation is snapshot of wasted youth and an era gone by. Available here for the first time on Blu-Ray in two versions: the original black and white version and an updated sepia tone version featuring color psychedelic effects along with extras, including a press book reproduction booklet, a behind-the-scenes producer commentary, a segment on 1950s LSD experiments and an image gallery. 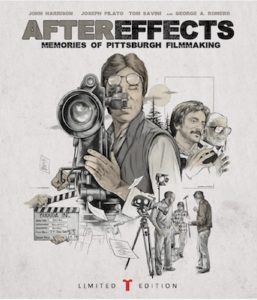 Aftereffects: Memories of Pittsburgh Filmmaking is a documentary on filmmaking itself. During the late 1970s in Pittsburgh an ambitious and intrepid trio of filmmakers pooled their resources together and came up with just enough money to make their first feature-length narrative film. Originally called The Manipulator, and later re-titled Effects, the movie was finished but sat unreleased for nearly 25 years. In 2005, Effects was finally unveiled to moviegoers worldwide, and Red Shirt Pictures was brought on to document the movie’s long and winding road to release. With the documentary, many of the film’s cast and crew re-unite to discuss not only the making of the movie but their experiences in the fledgling independent film industry in Pittsburgh in the 1970s. Extras include a limited-release slipcover; an exclusive feature-length edition with more than 15 minutes of never-before-seen interview footage; audio commentary with editor and director Michael Felsher; “Poolside With George,” a  selection of interview clips with filmmaker George A. Romer; outtakes and deleted moments with cast and crew; “Effects at the Warhol,” featuring highlights from a one-time-only 2005 screening of Effects and Aftereffects at the Warhol Museum in Pittsburgh; a vintage DVD release trailer for Effects from 2005; and a collector’s booklet featuring all-new tributes to Pasquale Buba, Joseph Pilato and George A. Romero.