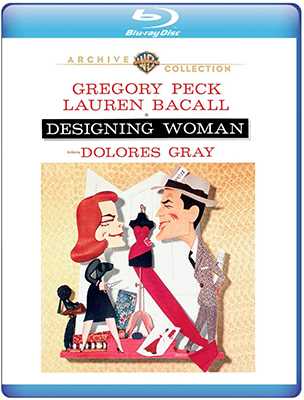 Available via Warner Archive
Warner, Comedy, $21.99 Blu-ray, NR.
Stars Gregory Peck, Lauren Bacall, Dolores Gray, Mickey Shaughnessy.
1957. Directed to the hilt with his own designer’s eye by Vincente Minnelli and boasting an Oscar-winning story and screenplay by George Wells, this cosmetically gorgeous old-school romantic comedy showed off — and for just about the only time — Gregory Peck’s gifts as a farceur, or, if you wish, flawless straight man to incessantly farcical goings-on.
Read the Full Review 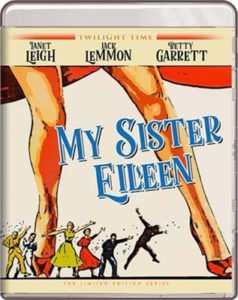 Available via ScreenArchives.com
Twilight Time, Comedy, $29.99 Blu-ray, NR.
Stars Janet Leigh, Jack Lemmon, Betty Garrett, Bob Fosse, Tommy Rall.
1955. The central hook presents sister Ruth as an aspiring writer who makes an Ohio-to-Village journey along with slightly less worldly sis Eileen, who has smitten men falling all over her (jn other words, a role made for the 1955 Janet Leigh).
Read the Full Review