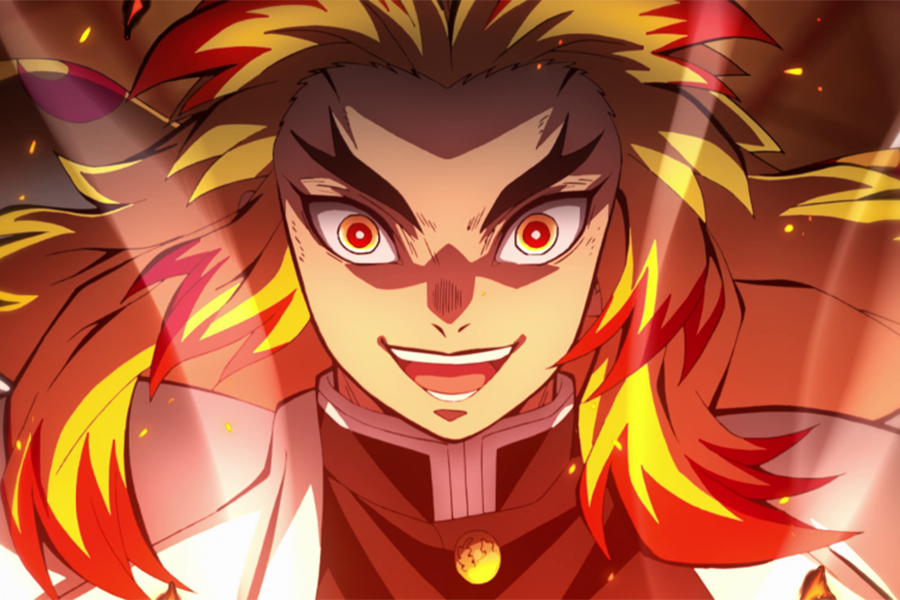 Demon Slayer: Mugen Train took over the top spot of the Vudu chart the week ended June 27, while the Bob Odenkirk actioner Nobody grabbed No. 1 on the FandangoNow chart.

Funimation’s Demon Slayer: Mugen Train, which became available for digital purchase June 22, is set after the events of the “Demon Slayer” television series and sees Tanjiro, Nezuko, Zenitsu, and Inosuke embark on a new mission. Together with one of the most powerful swordsmen of the Demon Slayer Corps, Flame Hashira Kyojuro Rengoku, they investigate the mysterious disappearance of over 40 people aboard the Mugen Train. The film earned $455 million at the global box office. It was No. 5 on the FandangoNow chart.

Universal Pictures Home Entertainment’s Nobody, which was No. 2 on the Vudu chart, stars Bob Odenkirk as a family man repressing a dangerous past that resurfaces after he interrupts burglars robbing his home. When he learns his daughter’s kitty bracelet is missing, he snaps and sets off on a mission of revenge looking to vent his deep-seated rage. Read a review here.

Disney’s Cruella, which became available for digital purchase June 25, was No. 2 on the FandangoNow chart and No. 3 on the Vudu chart. The prequel tells the story of the rise of the 101 Dalmatians villain Cruella de Vil.

The previous week’s top Vudu title, Warner’s Godzilla vs. Kong, dropped to No. 4 on that chart and No. 6 on the FandangoNow chart. The film from Legendary Pictures and Warner Bros. Pictures, stars Alexander Skarsgård and Millie Bobby Brown. In this installment in the Monsterverse, Kong and his protectors undertake a perilous journey to find his true home, and with them is Jia, a young orphaned girl with whom he has formed a unique and powerful bond. But they unexpectedly find themselves in the path of an enraged Godzilla, cutting a swath of destruction across the globe.

The No. 3 FandangoNow title and No. 5 on the Vudu chart was DreamWorks Animation’s Spirit Untamed, from Universal Pictures. The next chapter in the “Spirit” franchise begins as a young girl finds a connection to her mother’s legacy as a trick rider and forms a bond with a wild Mustang named Spirit. The film was released in theaters June 4 and is now available via on demand digital rental.

Warner’s Wrath of Man, the previous week’s top FandangoNow title, dropped to No. 4 on that chart and No. 7 on the Vudu chart. Based on the 2004 French film Cash Truck and available as a premium VOD rental, the actioner pairs director Guy Ritchie with Jason Statham as a mysterious new security guard for a cash truck who surprises his co-workers when he unleashes precision skills during a heist, and the crew is left wondering who he is and where he came from.

Also new to the Vudu chart, at No. 6, was Warner’s Batman: The Long Halloween — Part One, an animated adaptation of a popular 1990s comic book storyline in which Batman battles mob violence in Gotham City.

The FandangoNow chart at No. 8 saw the debut of Vertical Entertainment’s Lansky, starring Harvey Keitel as aging mobster Meyer Lansky, who recounts his life during one last Federal investigation.

Vudu’s top 10 titles for the week ended June 27, in terms of revenue, were:

FandangoNow’s top 10 titles for the week ended June 27, in terms of revenue, were: 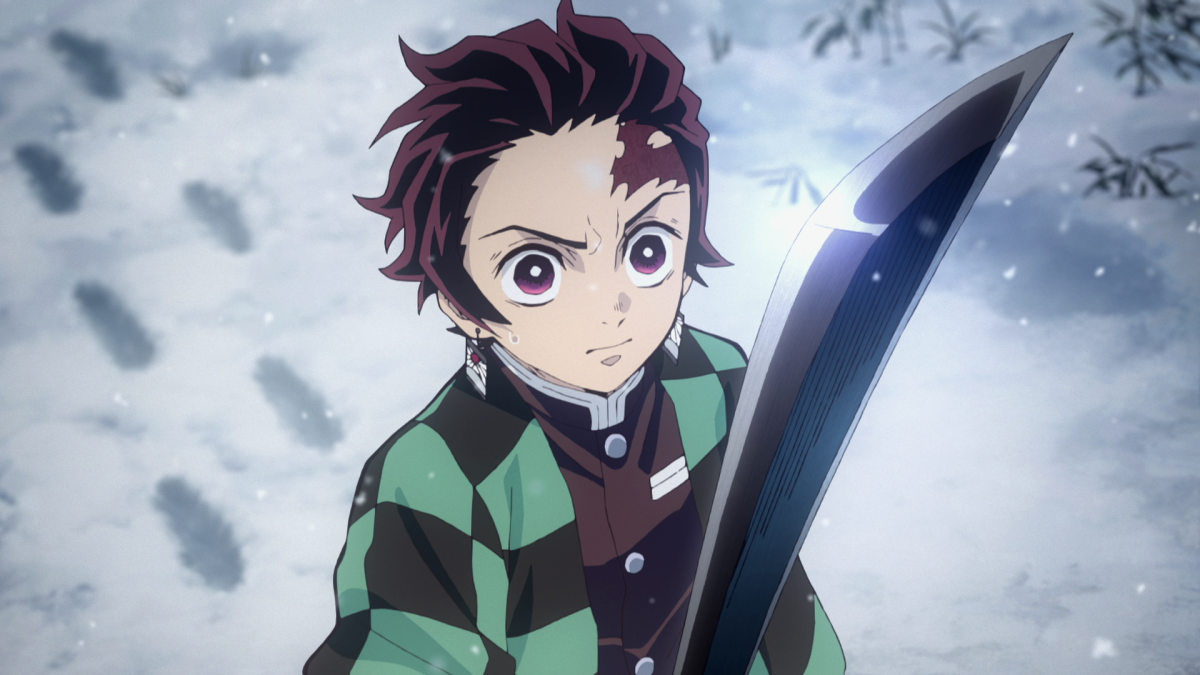 Funimation is an independently operated joint-venture between Sony Pictures Entertainment, and Japan’s Aniplex, a subsidiary of Sony Music Entertainment (Japan), both subsidiaries of Sony Corp.

Demon Slayer: Mugen Train generated $475 million at the worldwide, becoming the No. 1 theatrical release worldwide in 2020 — the first non-Hollywood, non-U.S. film to achieve this. The film opened in the U.S. and Canada on April 23, topping the box office the second week of release, earning more than $48 million to date.

“[The film] has been a runaway success since it opened last year, galvanizing fans and attracting a whole new generation to anime,” Asa Suehira, chief content officer at Funimation Global Group, said in a statement.

Demon Slayer: Mugen Train is directed by Haruo Sotozaki featuring the original story by Koyoharu Gotoge with screenplay and animation production by studio ufotable. The running time for the ‘R’-film is one hour and 57 minutes. Set after the events of the television series, Demon Slayer: Mugen Train has Tanjiro, Nezuko, Zenitsu, and Inosuke embark on a new mission. Together with one of the most powerful swordsmen of the Demon Slayer Corps, Flame Hashira Kyojuro Rengoku, they investigate the mysterious disappearance of over 40 people aboard the Mugen Train.

The “Demon Slayer: Kimetsu no Yaiba” anime series, streaming on Funimation, both subtitled and dubbed in English, Spanish and Portuguese, premiered in 2019 and is based on Koyoharu Gotoge’s manga, which claims more than 150 million copies in circulation in Japan.

Demon Slayer: Kimetsu no Yaiba is an action-packed, thrilling tale of a young man in search of a cure for his sister, who has been turned into a demon after their family is viciously slaughtered by demons. Fans can catch up on the entire series with the three-part TV specials, “Sibling’s Bond”, “Mt. Natagumo Arc” and “The Hashira Meeting Arc” on Funimation. 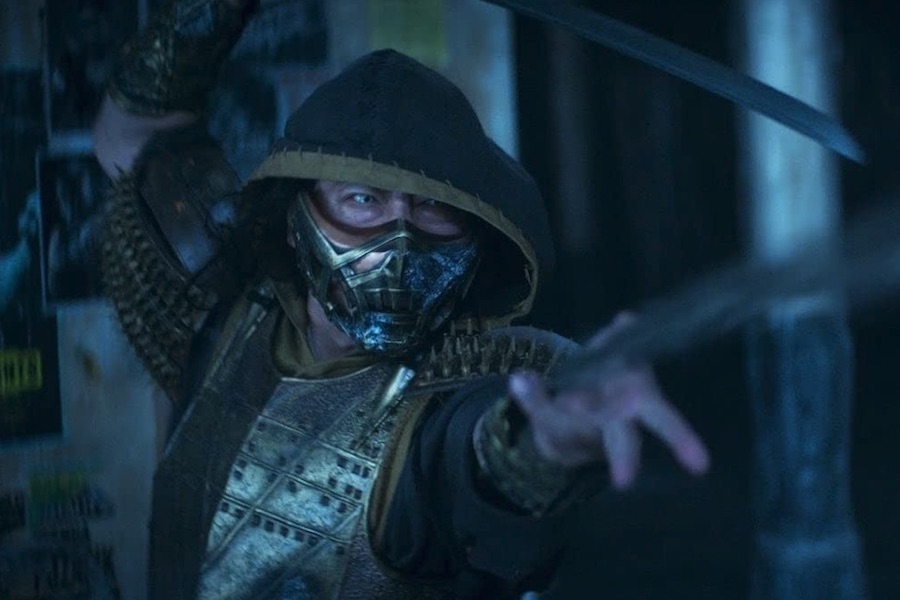 The film earned a reported $22.5 million in estimated revenue across more than 3,000 North American screens operating at 50% capacity due to the pandemic.

The movie had tougher-than-expected competition from Funimation’s anime actioner Demon Slayer: Mugen Train, which is projected to tally $19.5 million across almost 1,600 screens.

Mugen Train’s result shouldn’t be surprising since the movie is Japan’s all-time box office champ, with more than $365 million. The title has topped $400 million in ticket sales worldwide.

Kombat continues to support Warner’s decision to simultaneously release new theatrical titles on subscription streaming video platform HBO Max for 31 days. The studio is set to return to a shortened theatrical window in 2022. Kombat generated another $6.3 million across 37 countries, bringing its global haul to $50 million.

The latest Warner movie to top the box office follows previous chart-topper Godzilla vs. Kong, which generated $4.2 million in revenue across more than from 2,800 screens in the latest weekend. The monster movie movie, which has also been available on Max, has topped $86.5 million in the U.S. since its release four weeks ago, and $400 million worldwide — surpassing Warner’s Tenet and its $363 million as the highest-grossing domestic release during the pandemic.

Rounding out the Top 5: Universal Pictures’ vigilante justice drama Nobody, starring aptly cast Bob Odenkirk (“Better Call Saul”), which tracked $1.8 million in ticket sales ($38 million globally) despite being available on PVOD for $20 due to a rev-sharing deal with AMC Theatres and Cinemark.

Finally, Disney’s Raya and Last Dragon generated $1.6 million ($39.8 million) despite being available for $29.99 purchase on the Disney+ streaming service.