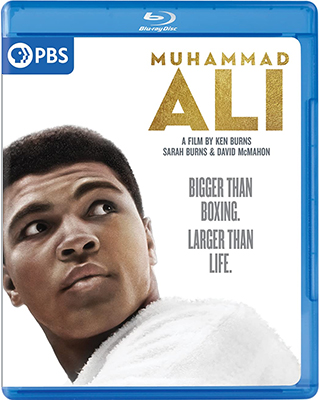 Boxing history meets the civil rights movement in PBS documentarian Ken Burns and his team’s latest sojourn into the historical record, an examination of the life of legendary boxing champion Muhammad Ali.

Presented as four two-hour episodes, Muhammad Ali is an engrossing profile of the man who dubbed himself “The Greatest,” and backed up his claim in the ring. The political aspects of his life amid the racial tensions of the mid-20th century make it easy to see what made Ali an attractive subject for Burns, who often incorporates the history of race relations into the broader context of American History.

The first episode chronicles Ali’s boyhood in Kentucky, when he was known as Cassius Clay. Seeking help after his bike was stolen, young Clay stumbled across a cop giving boxing lessons, sealing his destiny. A sparkling amateur career led to an Olympic gold medal in Rome in 1960. Turning pro, Ali won his first heavyweight title in 1964.

The second episode finds fame and notoriety catching up to the champ, whose involvement with the Nation of Islam makes him a controversial figure and prompts him to change his name to Muhammad Ali. As he mows down contenders to his title, his biggest foe becomes the U.S. government, as he is drafted to serve in the Vietnam War. His refusal to accept induction leads to a lengthy legal battle, during which he is stripped of his titles and exiled from the sport for three years.

The third disc details his comeback in the early 1970s. As his case makes its way to the Supreme Court, Ali sparks his famous rivalry with Joe Frazier as he embarks on a quest to reclaim his crown.

The fourth disc covers the final years of Ali’s career, his declining health and being embraced as a cultural and sports icon.

While the documentary celebrates the glory of his success, it also takes an unflinching look at his personal life, including a string of troubled marriages, as well as a brazen attitude that didn’t make too many friends.