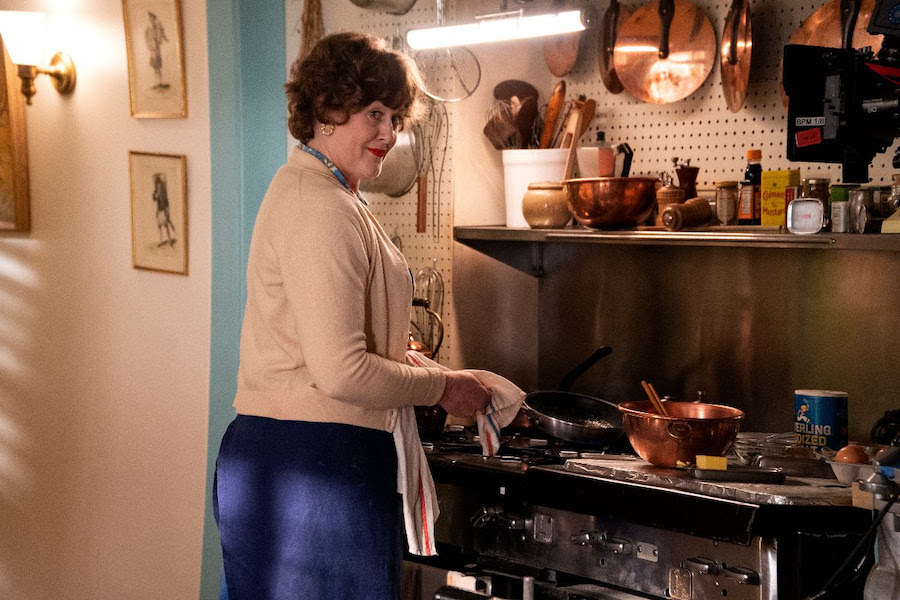 The HBO Max Original “Julia,” based on the life of world-renowned chef Julia Child, will start streaming March 31.

It will debut with three episodes followed by one episode weekly through May 5.

The series, from Lionsgate Television and 3 Arts Entertainment, stars Sarah Lancashire (“Happy Valley”) and David Hyde Pierce (“Frasier”), and is directed by Charles McDougall (“House of Cards”) and written by Daniel Goldfarb (“The Marvelous Mrs. Maisel”).

The series is inspired by Child’s life and long-running television series, “The French Chef,” which pioneered the now popular genre of cooking shows. Through Julia and her singular can-do spirit, the series explores an evolving time in American history — the emergence of public television as a new social institution, feminism and the women’s movement, the nature of celebrity, and America’s cultural growth. At its heart, the series is a portrait of a loving marriage with an evolving and complicated power dynamic.