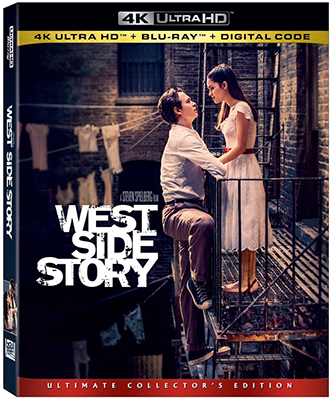 Director Steven Spielberg tries his hand at filming a feature-length musical for the first time in his career with a fresh adaptation of the acclaimed 1957 stage version that played on Broadway.

The play, based on William Shakespeare’s Romeo & Juliet, was famously adapted into a film version in 1961 that won the Oscar for Best Picture, so there were serious doubts over whether a modern remake was even necessary.

Spielberg, though, grew up with the music of the original stage version, and felt a 60-year gap between the films was enough time to justify his own take on the material.

The original version, conceived of by Jerome Robbins, with music by Leonard Bernstein and lyrics by Stephen Sondheim, and book by Arthur Laurents, modernized Shakespeare’s famed love story to be about rival street gangs in New York in the 1950s — the Jets, who were white Americans, and the Sharks, who were Puerto Rican. Their power struggle is complicated when a Jet named Tony falls in love with Maria, sister of the head of the Sharks.

Rather than re-modernize the play modern day, Spielberg is faithful to the 1950 setting, going so far as to shoot it on film in a way that just looks like it could have been shot back then.

While respectful of the 1961 version directed by Robbins and Robert Wise, Spielberg embraces the cinematic nature of the story’s gang war to great effect, with impeccably staged musical numbers that don’t detract from the romantic nature of Tony and Maria’s story, or the violent backdrop of the life-and-death battle to control the streets.

Ansel Elgort makes for a fine Tony, while newcomer Rachel Zegler carries the day as Maria. Rita Moreno, who won the Oscar for Best Supporting Actress for playing Maria’s friend Anita in the original film, returns to the cast in a reworking of the Doc character that serves as a mentor to Tony.

The Blu-ray includes a thorough 96-minute behind-the-scenes documentary that is broken up into smaller featurettes that cover individual topics such as costumes, sets, and the staging for several of the songs, which have been slightly rearranged to heighten the emotional impact of the story.

Some of these making-of segments include one of the last interviews with Sondheim, who died aged 91 in November 2021 just days before the new film’s premiere.