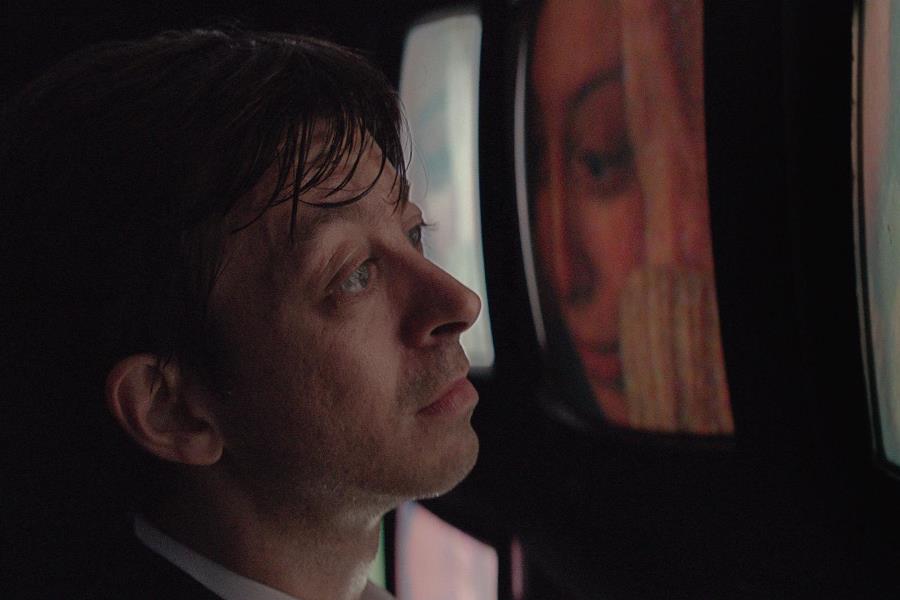 Orçun Behram’s dystopian The Antenna is set in a bleak and run-down apartment complex where its superintendent is confronted with oozing and faceless entities that terrorize its tenants. The trouble begins when the government installs new satellite dishes in its bid to control information and monitor its citizens. 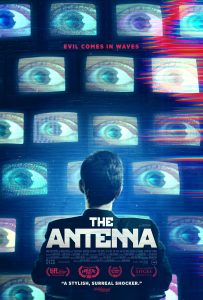 Born in 1987, Behram graduated in 2011 from Columbia College, Chicago where he majored in film. Settling down in Istanbul, he has worked on variety of projects, including music videos, short films and documentaries. The Antenna is his first fiction feature.

In an email, he expanded on his cinematic influences, the production challenges he faced and on how horror makes the perfect medium to deliver a political message.

MPN: How much did George Orwell’s dystopian novel 1984 influence your film?

Behram: I think the mechanics of authoritarianism today and during George Orwell’s time are similar despite being in completely different eras. 1984 is certainly a book that opened a pathway for future dystopias. The Antenna certainly walks on this pathway, but I wouldn’t consider the film as a direct influence from 1984 but rather a fusion of influences that built my artistic background: American and Italian horror movies from the ’80s and ’90s, Cronenberg films, Baudrillard’s Simulacra and Simulation have all been influential for me in making this film.

Tell us about the production. Where did you shoot? For how many weeks? What were you hoping to achieve with its stylized cinematography and sound design?

The film was shot in four weeks; three weeks was in a small city called Balıkesir and one week in Istanbul. We found an abandoned post office waiting to be demolished in Balikesir and built all the interiors from scratch. It was a miraculous chance because that would be the only way to stay within budget and gave us a lot of extra time. Also, we didn’t have to clean up after ourselves due to the upcoming demolition. And all the exterior shots were in an abandoned apartment in Istanbul, another lucky discovery considering that there would be no way to shoot in an occupied apartment. Sound is an important medium of the media, so in The Antenna, it is not only a tool to accompany the story but part of the narrative itself.  A lot of sound design was already in place for the script; it was also a tool that I used changing perspectives similar to a POV shot.

In terms of cinematography, it was a great collaboration with our cinematographer Engin Ozkaya. I wanted to create an alternative reality and use very stylistic framing and visuals for it to work. We used anamorphic lenses and tried to create the act within the wide space that gave us. Also, I preferred static shots and a slow-moving camera to enhance the dark and pessimistic feeling the film carries on.

What were the challenges you faced while making it?

The film has a lot of dream scenes and locations. The huge challenge was building the sets, we used the majority of the materials from junkyards, local second-hand stores, and even props from our family members. It was always a challenge to find things and make them work. There were failures along the way as well, for example, in the boiler room scene. The room didn’t hold the amount of water that was initially planned due to pressure. As a result, I had to rewrite the scene on the spot in a limited time and shoot it that way. There were plenty of similar obstacles along the way and never enough time or money to fix things easily.

What are the faceless beings supposed to represent?

The idea relies on exposition to the media; the reality is recycled and presented in media. As people start consuming it, this new recycled reality alters your being and perception of life. You could consider ‘faceless people’ as people that have been highly exposed and at a point of no return. To simplify all this, what we fear, what we love, how we make love, and what we desire are all accumulation of images thrown at us. The source beyond this accumulation is unrecognizable due to all distortion; hence, people become faceless in a certain way.

Why did you choose the horror genre to make a statement about the political situation in Turkey?

This film is not necessarily a statement only about the Turkish government. I think similar sinister dynamics between media and authoritarian powers exist in many places and many forms. With this consideration in mind, the film takes place in an unspecified time and place. Horror, on the other hand, is a great genre to make political statements. What you fear is one of the most defining factors of your political alignment, so horror films naturally become great candidates for having a political discourse. On top of it, it is an alternative reality; this gives you an abundance of tools to create allegories.

Has the film screened in Turkey yet? If so, how was it received?

It screened in two major film festivals in Turkey and got four awards from the Istanbul Film Festival. And it recently opened up for theatrical release. So, I could say that, so far, the reception has been great.