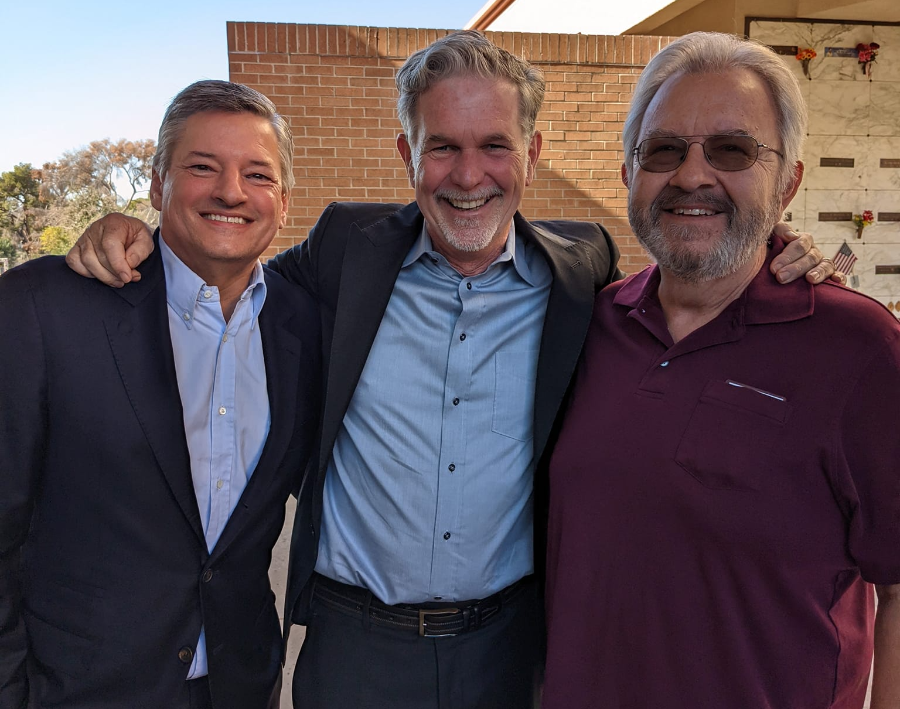 “Dale was Ted’s break into the video business in 1983. His stores lasted a long time. Thank you, Dale!” Hastings wrote.

Netflix started business in the late 1990s as a pioneering by-mail DVD rental website. Current co-CEO Ted Sarandos joined the company following stints in the video retail business, including in 1983 as a teen clerk at Arizona Video Cassettes West in Phoenix — when consumers primarily rented movies on VHS cassettes.

Sarandos’ love for movies and insight what consumers might like to rent was apparent early, and store owner Mason soon made his passionate employee a store manager. Sarandos would continue working at the eight-store chain until 1988 when he joined East Texas Distributors, and then later as VP of product and merchandising at Video City/West Coast Video, which operated 500 stores.

In 2000, Sarandos joined Netflix as chief content officer, a position he still holds today. The company, of course, transitioned to subscription streaming video, largely turning its back on packaged media.