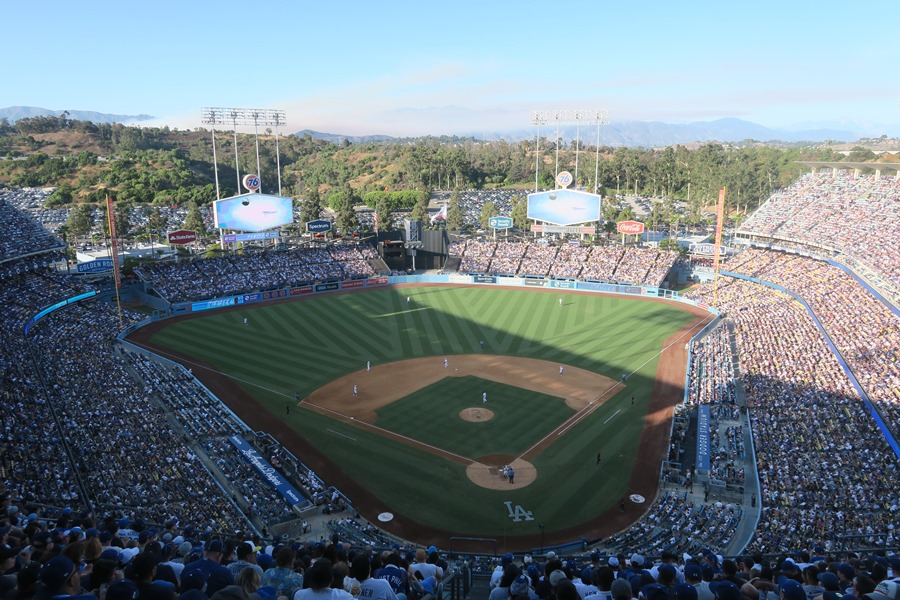 Although a handful of rights-holders, such as Major League Baseball, National Basketball Association, National Hockey League and FIBA (soccer), have been operating proprietary SVOD services for years, over-the-top video distribution of live sports remains a nascent market. Most sports rights holders distribute highlight clips and other short-form content on third-party platforms such as YouTube, Facebook and Twitter.

Germany’s pro soccer Bundesliga is reportedly eyeing launch of a SVOD platform in the Middle East and North Africa where the league has no pay-TV presence. Boxing-themed DAZN, dubbed the “Netflix of sport,” just launched global access in 200 countries with a £1.99 monthly option.

Regardless, live-sports streaming is a market SVOD behemoth Netflix thus far has no interest in entering. Rivals Disney, via ESPN+, Amazon Prime Video, through its NFL Thursday Night Football streams, and YouTube TV with MLB, offer streaming access but with limited content selection.

The reason: Money. Global sports media rights revenue hit $51 billion in 2019, and is projected to reach $56.1 billion by 2022, according to the Sport Business Global Media Report 2019.

New data from MediaKind suggests the next five years could see live sports increasingly migrate away from the current pay-TV distribution model to a hybrid option including streaming video.

“With a handful of exceptions, most sports D2C services are still dealing with a low number of simultaneous live streams, but this is set to change,” read the report. “D2C services will become more central to fans’ media consumption as more rights-holders carve out content from traditional linear broadcast agreements or use them to light up dark markets. More fans will consume live video streams simultaneously, and rights-holders need to be prepared.”

The pandemic has opened a door to breaking the theatrical window.

Research firm Ampere modeled various fictional scenarios of windowing during the pandemic, comparing the income post-COVID 19 to the income a title would have expected to have generated pre-2020.

“In a pre-COVID world, many of the scenarios would have offered only marginal gains (with significant risks) compared to a traditional release strategy,” according to Ampere. “However, in post-COVID markets, these options have started to look like viable opportunities.”

To assess the viability of a selection of alternative approaches, Ampere created a fictional mid-tier movie and modeled a series of windowing scenarios based on market trends, designing four scenarios of new windowing practices studios may adopt: 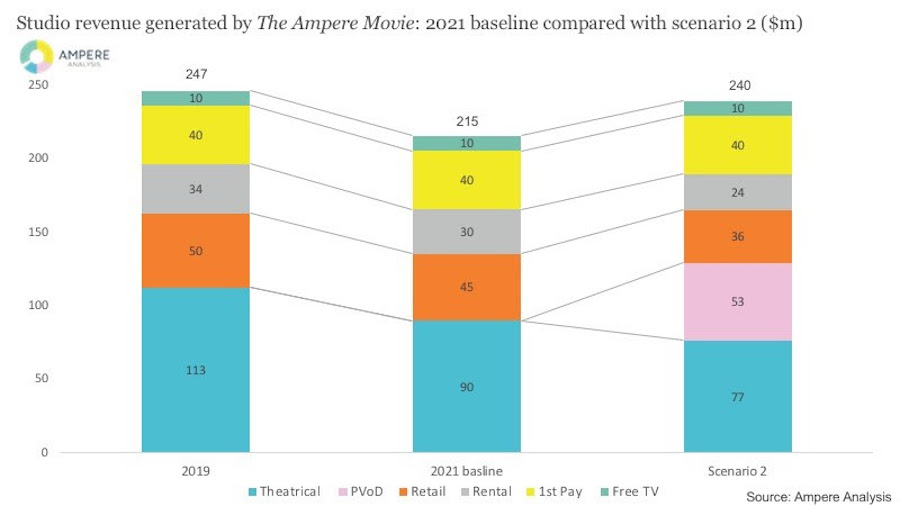 The firm found the Universal deal with AMC (Scenario 2) was the most viable model for mid-tier releases. In Scenario 2, Ampere found that an accelerated PVOD window, such as the deal between Universal and AMC, is the most stable for exhibitors and studio groups, offering comparable returns for cinemas and increased revenue for the studio on mid- and lower-tier releases. However, top-tier titles are likely to be better monetized via traditional windowing models. The presence of theatrical releases still offers consumers the opportunity to view the movie with a cinema experience, meaning that this model doesn’t risk ‘lost’ transactions — unlike some of the other scenarios Ampere explored. The success of the model depends on negotiations with exhibitors and retailers, Ampere noted. Before agreeing to an earlier window, exhibitors will want to ensure that the mid-term future of the theatrical business is not being eroded to the extent that it will sideline them in future periods. Studios will need to work with digital retailers to ensure that films are adequately signposted as premium releases and are not unfavorably compared to catalogues of cheaper rentals, according to Ampere.

There is a significant appetite for home rental and purchase, with the domestic U.S. transactional video market at roughly 40% of theatrical’s size, according to Ampere. In principle, some titles could earn comparable amounts from PVOD as from theatrical distribution. However, for high-end blockbuster titles, which are typically able to obtain greater cuts of box office revenue, and international releases (in markets where the digital rental and retail market is less well developed), a pure PVOD approach would be far more risky. To account for this, split models would be more appropriate, with strategies tailored according to local importance of a title and the appetite for home rental and retail, according to Ampere. 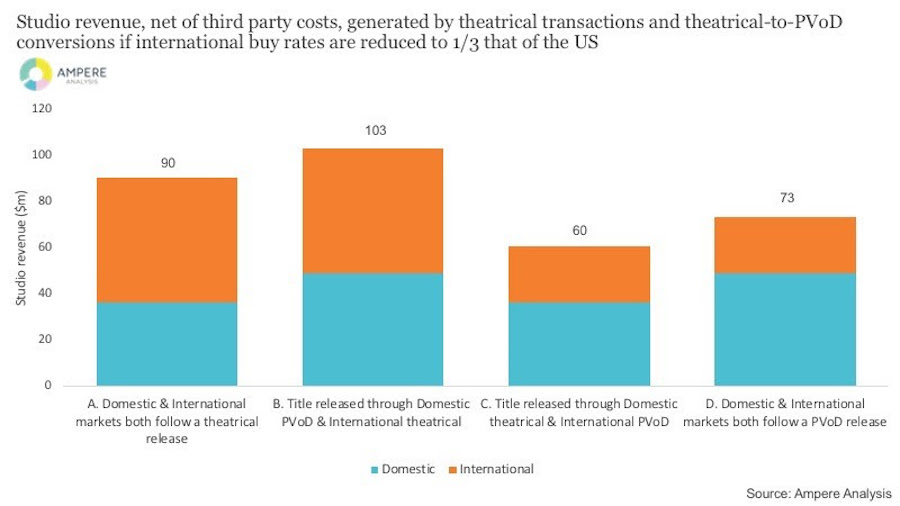 Ampere’s research revealed that a theatrical to direct-to-consumer model is likely to be more feasible than a pure D2C model (bypassing theatrical entirely). However, both approaches are dependent on numerous influencing factors. Whether the model suits any given title is contingent on the retention of any new subscribers who signed up to watch the movie, and therefore the strategy is reliant on keeping both wider catalogue costs, and subscriber churn rates, down, according to Ampere.

“Looking forward, Ampere believes some of the major studios will adopt split strategies that can utilize PVOD while maintaining the benefits of theatrical distribution,” said Ampere analyst Peter Ingram in a statement. “Most of the studios have been experimenting with strategies during lockdown that completely eschew the theatrical window. However, despite the change we are expecting to the cinema market, theatrical remains one of the best revenue streams for titles throughout their life cycle. Not only do most people see the film in its theatrical window, but tickets are charged on an individual basis. By comparison, when a film is bought via PVOD, or watched via an SVOD service, it can be shared with friends and family under a single transaction.”